Yukon government, Yukon River Quest and Yukon history highlighted our day here in Whitehorse.  There was so much, I will split it into two posts.

The Yukon Government building, constructed in 1979, is a very modern looking building.  We visited because The Milepost, the bible for traveling to Alaska, described a mural and tapestry there that we wanted to see. 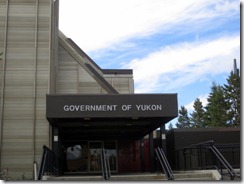 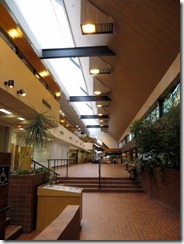 The 120-foot acrylic resin mural traces the history of the development of Yukon. These pictures in the collage don’t quite fit together, but they are in order, left to right. 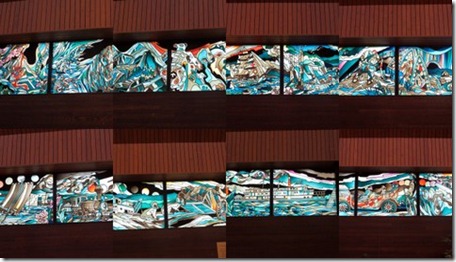 We asked at the information desk about the tapestry in the Legislative Chamber, measuring 18 by 12 feet, that is an abstraction of the fireweed plant, Yukon’s floral emblem.  We were given a short tour by Fay, who showed us the chambers and told us something about the legislature. 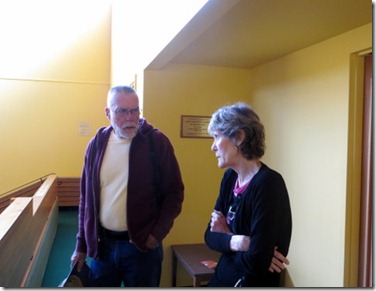 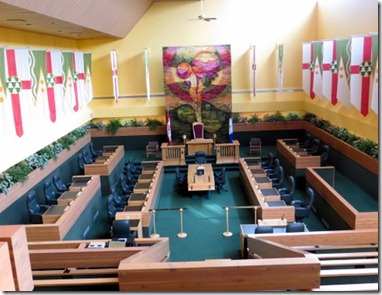 The assembly has 19 members that are in office for a 5-year term.  There are three political parties, the Yukon Party, which is a ruling (majority) party; the New Democratic Party, the opposition; and the Liberals, who are the third party.  Apparently, the debates in the legislature can be as vigorous as you see on TV in the British parliament.  But, outside of the chamber, Fay says they are friendly to one another.

The banners on the walls show the symbols from the Yukon flag—mountains, streams, mineral resources, and the Cross of St. George representing the British Commonwealth.

We also visited the McBride Museum of Yukon History.  There we saw many of the animals of Yukon, such as the beaver and musk ox. 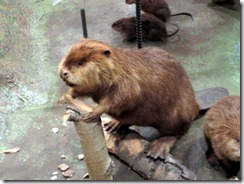 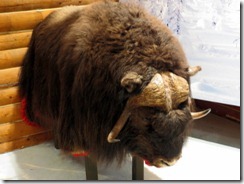 They have the cabin home of the real Sam McGee.  Robert Service and McGee both worked for the same bank and Service liked McGee’s name.  He asked permission to use it in a poem he was writing, “The Cremation of Sam McGee.”  You can learn more about the poem and Service on the web. 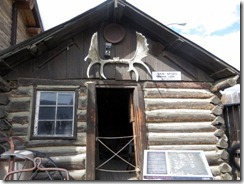 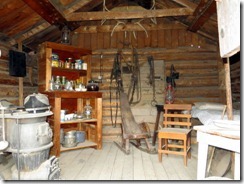 Whitehorse got its name from the rapids on the Yukon River that reminded First Nation people of the manes on white horses.  This hotel sign at the museum shows the white horse symbol of the town. 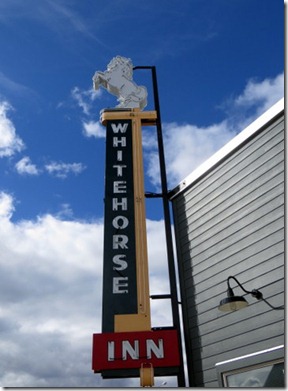 People living in the wilds of Yukon needed a place to keep their food safe from bears and other wildlife and away from where they were sleeping and eating.  They would build a cache like this for storage. Today most goods shipped across the oceans and the country by ship, train or truck are placed in containers.  The White Pass and Yukon Railroad developed the first containers to speed and simplify shipment of goods from Yukon to the outside world. 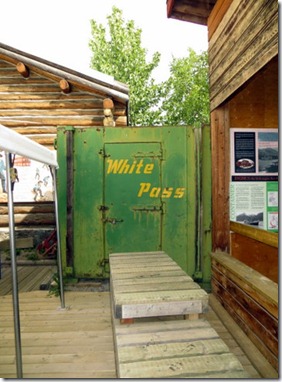 We even saw a sewing machine that was used to make sails for the Klondike stampeders sailing the Yukon River to the gold fields.  I am really partial to Singer sewing machines.  My mother worked for the company, they paid a scholarship that helped with my college expenses, and I own a Singer. 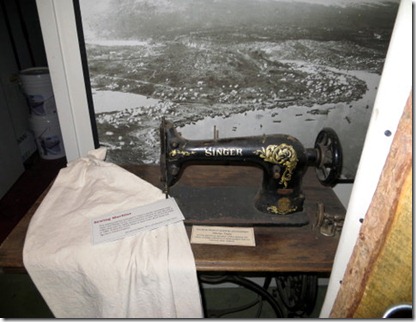