There are lots of things to see and do in Whitehorse.  when we were here eight years ago, we drove around town, shopped for supplies and did the laundry.  This trip we are spending three days exploring the sights.  On our first trip, just the excitement of being in the RV was often enough.  And we didn’t take the time to really explore and savor what is available.  We have more experience; we also have aged and, hopefully, have a better attitude toward what we are doing.

We visited the largest weather vane in the world, a DC-3 mounted on a pole and perfectly balanced so it rotates to show the wind’s direction.  We saw it rotate while we were there.  Amazing! The Douglas DC-3 is called the Model T of airplanes.  First used in 1936, by 1938 it was carrying 95% of US freight and was in use in 30 countries.  This particular plane was built in 1942 and after use by the US military during World War II, in 1946 it was converted to civilian use and sold to Canadian Pacific Airline.  It made it’s last run in the Yukon in 1970. 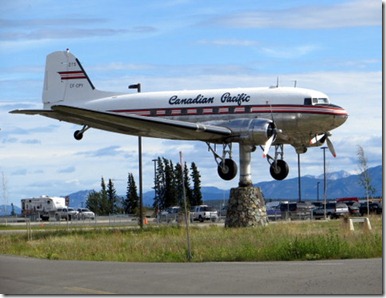 Our next stop was the SS Klondike, a steam-powered sternwheeler that carried ore, supplies and passengers on the Yukon River between Whitehorse and Dawson City from the 1930s through 1955.  River boats were put out of business when the Alaska highway was opened to civilian traffic after WWII.  Roads were open 12 months a year.  The river was only ice-free for five months each year. 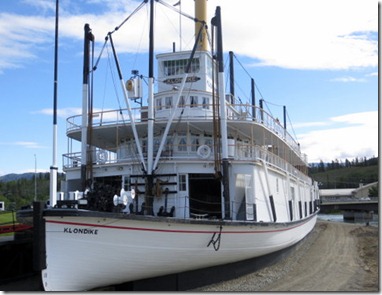 When we first went to Banff National Park, we bought annual Canadian National Park passes.  We used them to come and go from Banff, Waterton Lakes, Jasper and Icefields Parkway National Parks.  The Klondike is a national monuments and so our passes covered the expense of tickets—$6 each.  We got our money’s worth from the passes.

We had a really good tour leader and learned so much today. We learned about the steam boiler that moved the ship.  Here are the steam tubes at the rear of the boiler. 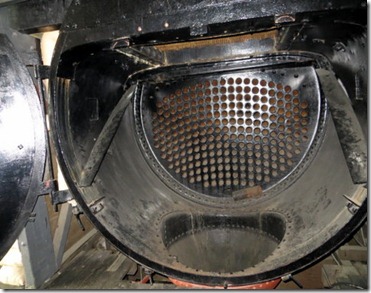 Each hour the boiler burned one cord of wood—shown here.  The fireman worked a four-hour shift, rested eight hours, then was at work again.  He had to throw one log into the firebox every 30 seconds.  This pile is one cord of wood.  Since the upstream trip from Dawson City of Whitehorse took four days, think of how much wood it took.  The boat made several stops along the way to pick up wood. 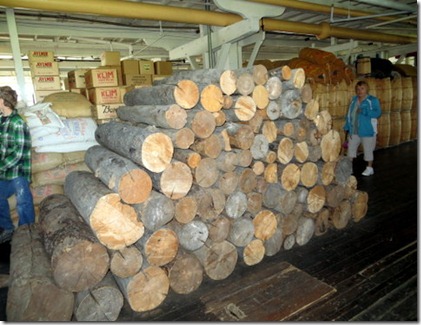 This photograph shows a huge wood pile somewhere along the river.  Earlier on this trip, we learned that John’s great-great grandfather was a wood-cutter, supplying fuel to river boats on the Missouri River in Montana. 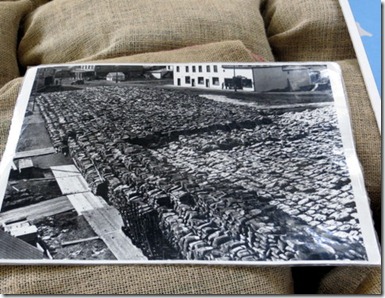 The crew used a wheel barrow to move the wood on board, 1/3 cord at a time, weighing 800 pounds. 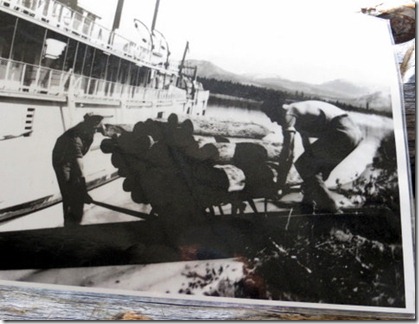 In addition to wood, the boat carried food to Dawson City, which had no land access to the outside world.  It also carried silver ore to Whitehorse for shipment by rail and ship to smelters in Idaho. 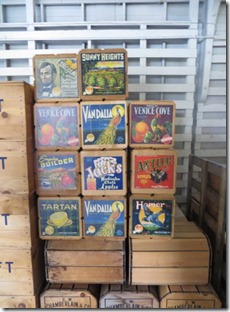 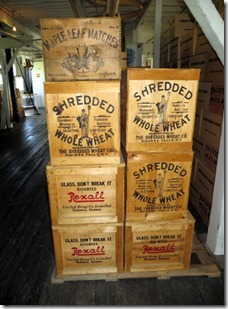 Kegs of beer were on board for the crew and passengers and for delivery to towns along the river. 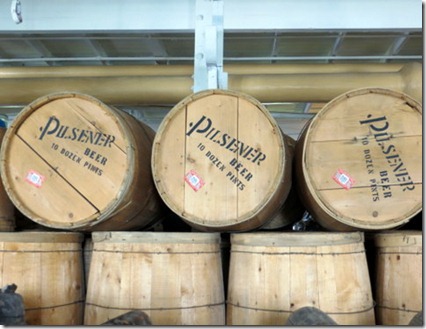 Bags of silver ore were shipped to Whitehorse, then moved by rail and ship to a smelter in Idaho. 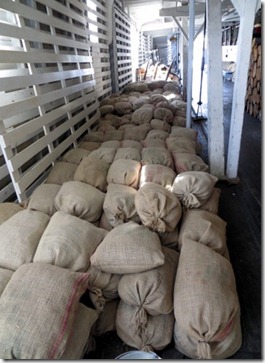 These are bales of burlap bags which were used to ship the silver ore. 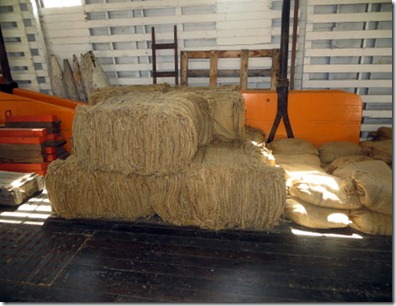 Mail also was shipped on the river. 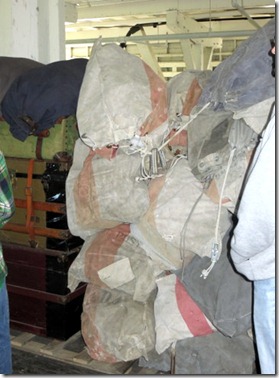 This is called the telegraph, a wheel attached to cables and pulleys that allowed the pilot in the wheel house on top of the ship to communicate with the crew in the engine room, two decks below. 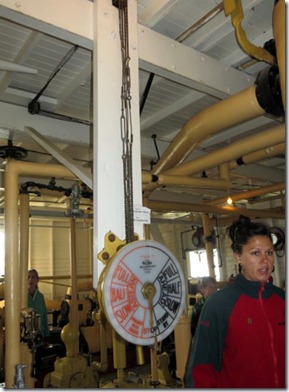 Here is the other end of the telegraph, in the wheel house. 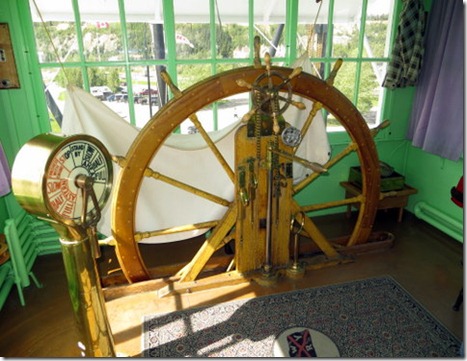 This is the emergency brake, used when the crew needed to stop the boat in a hurry.  It took five men to move this brake lever. 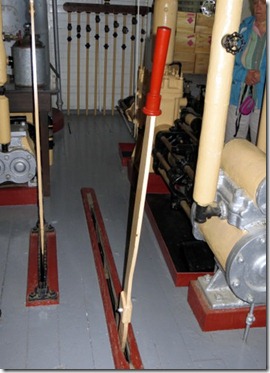 This is the observation room where 1st class passengers could enjoy the scenery and relax. 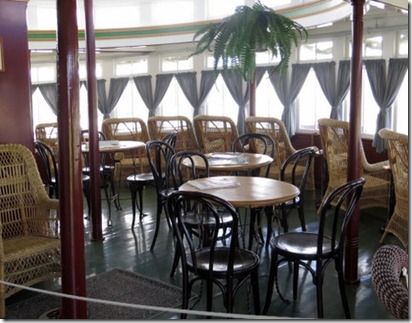 These are photos of the kitchen, where meals were cooked for passenger and crew, and the pantry for the food they would eat. 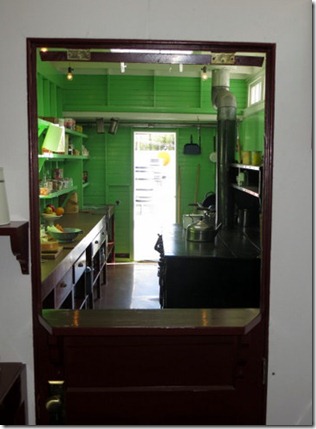