This is the longest canoe and kayak race in the world, 444 miles down the Yukon River from Whitehorse to Dawson City.  It began at noon today.  There are 68 teams, 187 paddlers from 13 countries, including Israel and Latvia.  Paddlers range in age from 18 to 80 and go solo and in teams of up to 8 people.

Just after 9 this morning, paddlers were getting reading for the race.  Boats were on the river edge and gear was being stowed.  The race course crosses Lake Laberge, a 31-mile long widening of the Yukon, the first big hurdle.  The water is very cold and paddlers may encounter waves up to 5 feet high.  It was only 51 degrees when the race began.  They will hit the lake later this evening. 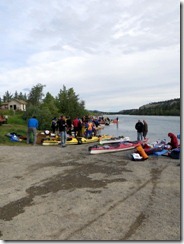 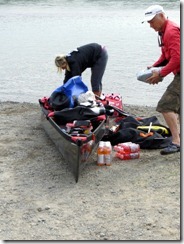 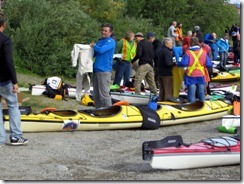 The paddlers mass on the lawn next to the lake and then, at the start signal, they race to their canoes and kayaks.  Within less than 2 minutes the first boats were on their way.  In 7 minutes the last canoe was underway. 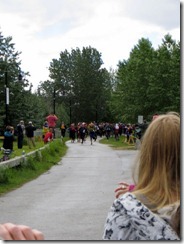 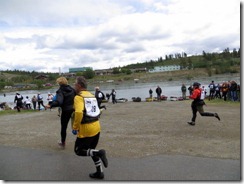 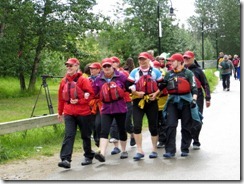 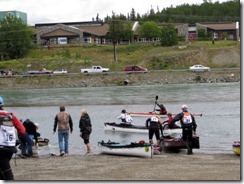 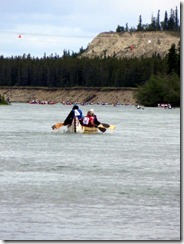 There was quite a crowd watching the start, wearing a great variety of clothing. 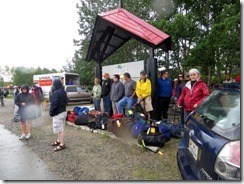 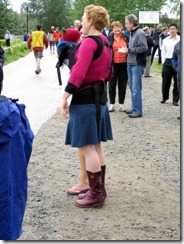 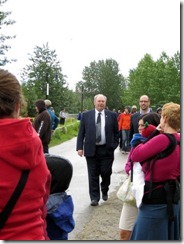 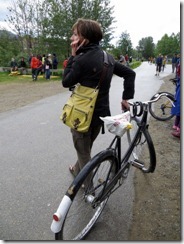 Some people had signs, supporting their favorite team. 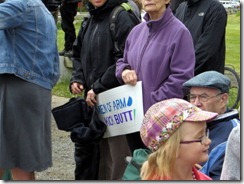 One photographer went all out (into the water) to get his pictures. 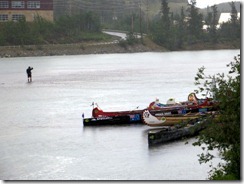 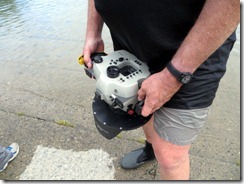 Racers go to Carmacks, 112 miles by car, 2 hours 18 minutes, where they have a mandatory 7-hour rest break.  I don’t know how fast the best racers make this part of the trip, but anyone not getting there in 32 hours is disqualified.  The second leg is Carmacks to Dawson City, 219 miles, 5 hours 15 minutes by car.  The record winning time on the water is 42 hours.  I can’t imagine!

If you want to follow the race and see the results, go to: Race to the Midnight Sun