We spent the day exploring part of the city of Whitehorse.  After a stop at the Yukon Visitor Center, we walked the paved 5K Millennium Trail, with a stop at the Whitehorse Rapids and Fish Ladder.  The trail is obviously popular with local residents.  Light posts along the first section of the trail had interesting wrought iron signs. 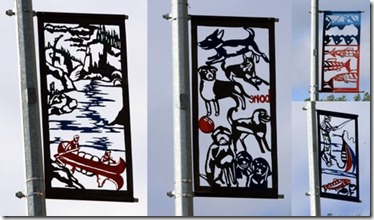 On unusual sight was this float plane.  It looked to us like it might be heading for a crash landing in some trees.  However, as we drove back to the RV park, we realized there is a float plane landing area on the Yukon River. 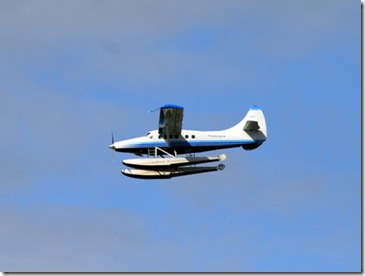 Fireweed is a beautiful flower that thrives in these northern latitudes.  I spotted our first plant along this trail. 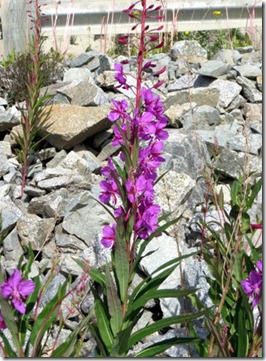 The SS Klondike, a sternwheeler river boat, is dry-docked along the river for tourists to visit.  We will go there tomorrow. 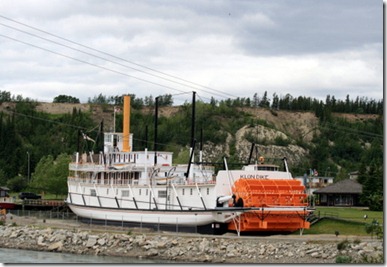 In the 1950s, Yukon Power built a dam on the Yukon River and began producing hydro-electric power. 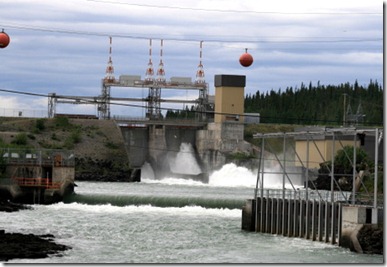 Since salmon migrate up the mighty river almost 2,000 miles from the Bering Sea to upstream from Whitehorse, a wooden fish ladder was installed to allow the salmon to go around the dam. 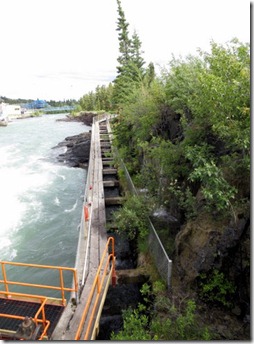 An interpretive display helped us to understand how the ladder works. At 1,182 feet, the ladder is considered the longest fish ladder in the world.  Anne, a helpful staff member explained how they count the fish and how the fish know where to return to spawn.  It is by the smell of the water and food sources.  Young salmon spend one to two years living in the fresh water where they hatch and the odors of that place are imprinted in their memory.  Years later, they return to spawn and then die. A public art project, first developed to celebrate the 50th anniversary of the fish ladder, decorates part of the display. 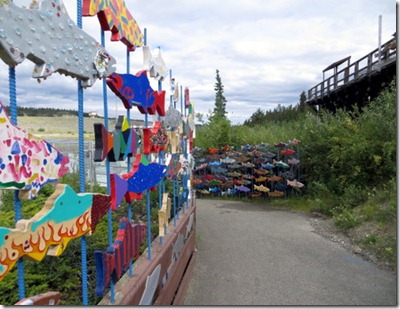 We passed a group of people learning how to rescue others from the river.  The Yukon River was a major transportation route for stampeders to reach the Klondike gold fields in 1897-98.  Many of them braved the rapids in nearby Miles Canyon, often dying in the effort.  Local First Nation (Canadian term for natives or Indians) residents reported pulling gold-seekers from the water.  Soon, horse-drawn tramlines were utilized along the banks to pull men and supplies down the river.  Many of those learning rescue techniques today were First Nation people. 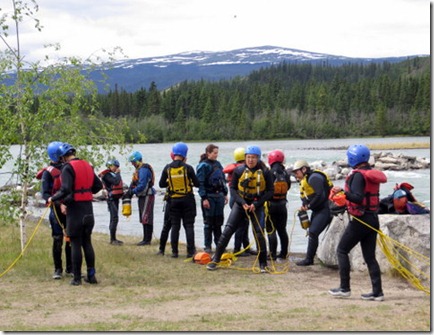 We passed a community berry patch, which was decorated with pansies. 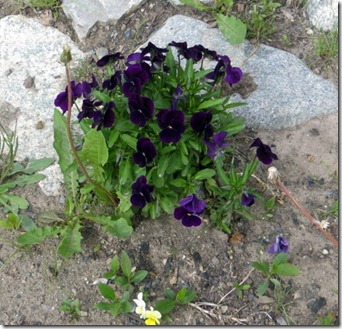 The path passed an aspen grove. 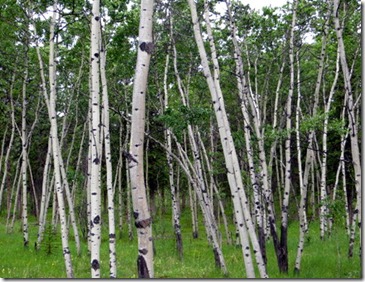 After lunch at the Son’s Restaurant in a downtown hotel, we came on an Art in the Park concert. 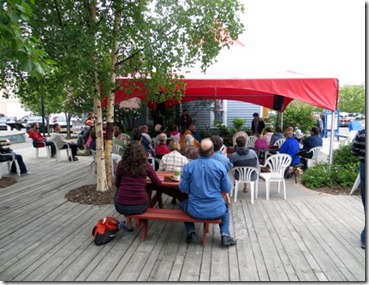 It was a fun and interesting day.