There was more rain over night, but Thursday dawned clear and cool.  We decided to hike the Valley of Five Lakes trail just south of town.  When we drove by yesterday, the parking lot was packed.  That sounded like a good place to walk in the woods in bear country.  We would have plenty of company.
On the way to the trailhead, we saw more evidence of the heavy rain Tuesday night.
The Athabasca River is over its banks, flooding the adjoining forest land along the highway. 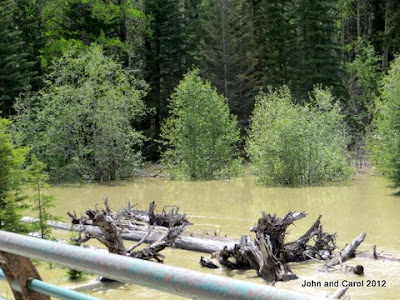 We came on a large traffic backup.  We were concerned until we realized it was a bear jam. 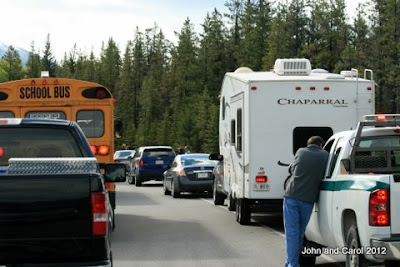 There was a black bear and a grizzly bear eating very near each other on the hill above the highway. 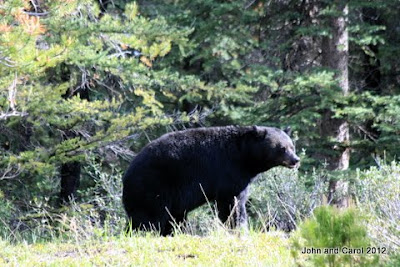 We had a good hike of about four and a half miles around the five lakes. 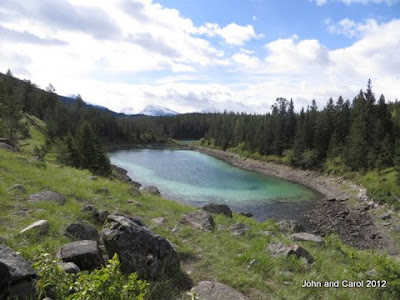 There was quite a bit of up and down to the trail.  We had expected it to be flat.  But it was a good hike.  The lakes are pretty, and surprisingly clear.  I wonder why they aren't muddy like the river? 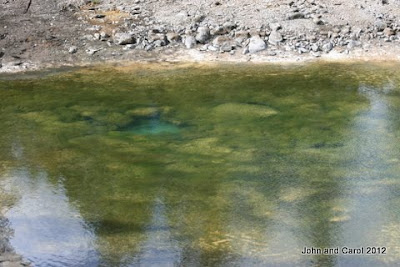 Back in town, we sought out a laundromat that has wifi.  We had to pay for it, but the area was quieter than Lulu's restaurant yesterday or the food court in Banff.
It is an interesting place with washing machines, a fancy coffee bar, computers to rent at $2 for 20 minutes, and pay showers.  A creative entrepreneur owns it. 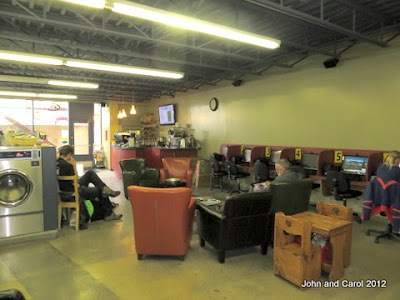 On the street we saw an interesting bike with a seat that looks like a merry-go-round horse. 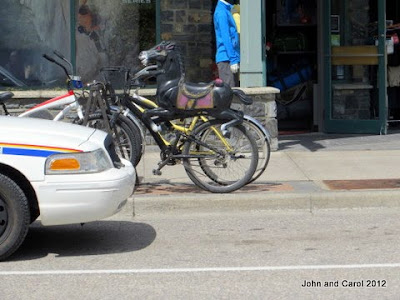 And we enjoyed seeing the 1923 Canadian National steam engine on display at the train station. 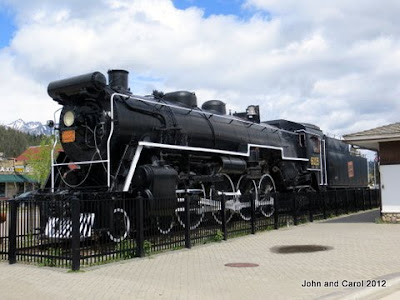