Sometime after 8 last night, I heard a bagpipe. A bagpipe? In an RV park in Valdez, Alaska? I picked up the camera and walked down a couple of units and saw this young man, playing for his family. The 3 RVs are all from Yukon Territory. How cool. 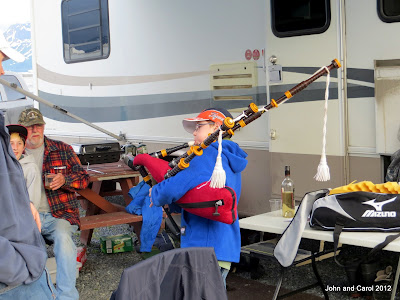 Today, we visited the Valdez Museum. It traces the history of the area, from native peoples several thousand years ago to the Exxon Valdez oil spill in 1989. These two pieces of fire-fighting apparatus were used in the early days of the city of Valdez. The first is a handpumped fire engine purchased used in 1902. The second is 1907 Ahrens steam fire engine purchased new. 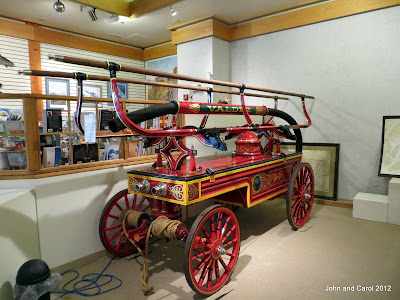 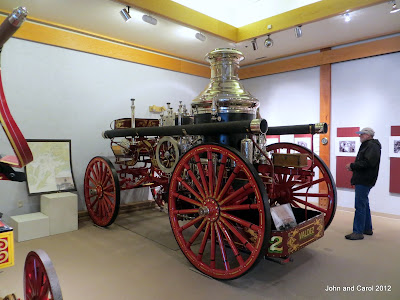 Look at all the nickel plating and gold leaf. Aren't they beautiful?

There was a wall displaying historic photos and visitors were given the opportunity to write a caption for each one. I am showing this one because my mother lettered in high school basketball in 1932 in Victor, Colorado. I don't know what her uniform looked like. I do have her athletic letter, which was once sewed on a heavy blue wood v-neck sweater. My favorite caption for this one read, "Boys' basketball is easy. They don't have to run up and down the court in a dress. 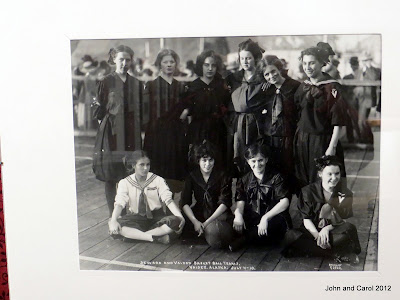 We don't have a washer-dryer in our RV and I don't want one. I am glad the laundromats we use have better equipment than these we saw in the museum. The first one was hand-powered. The other two are electric. 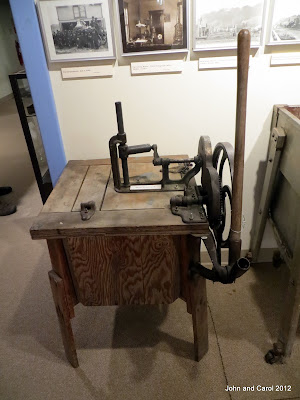 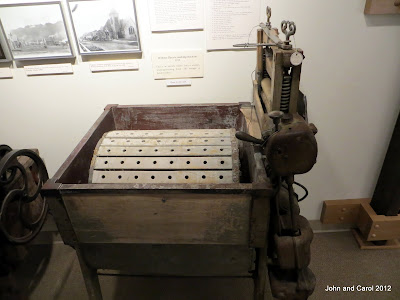 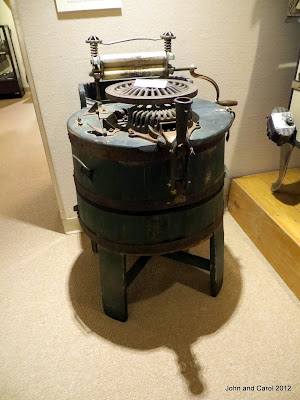 And I thought our home was small. This shows what a typical prospector's cabin would have looked like during the Klondike gold rush. 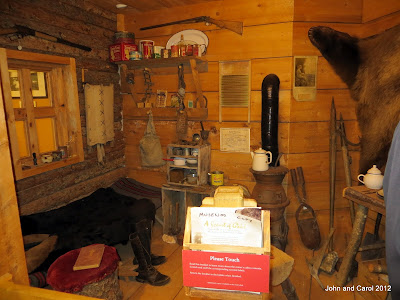 The highways in Alaska have caused us problems this trip, but they have certainly improved since the early days. 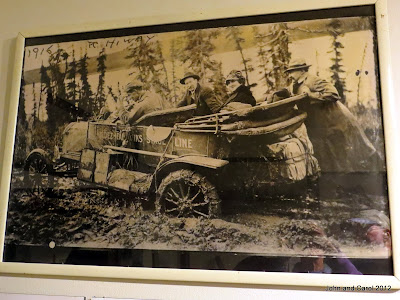 This barrel of oil was presented to the Valdez Chamber of Commerce in 1977, the first to come through the Alaska Pipeline. However, the first barrel of North Slope crude oil reached Valdez by dog sled on April 13, 1975, 49 days after it left Prudhoe Bay. 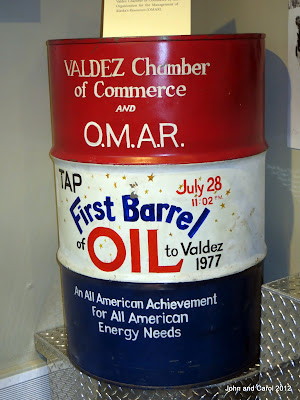