Today we had an adventure. We hiked to the Tolsona mud springs. What is that? Let me show you. First I have to show you what the environment we hiked in looks like. We are in a forest with a lot of black spruce, muskeg (basically, a bog) and other thick vegetation. 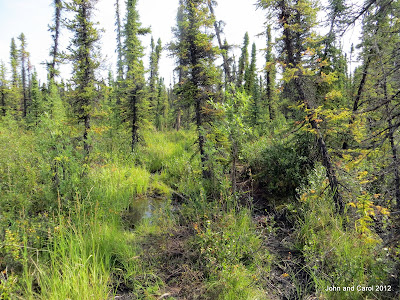 The trail is described as primitive. That seems to mean it isn't really well marked, it is sometimes hard to follow, and the surface is often muddy. 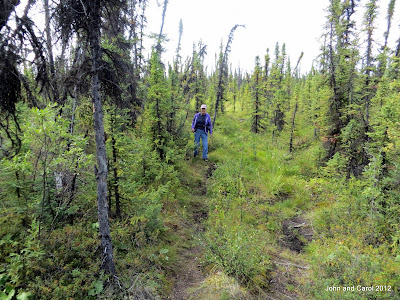 John caught me in a typical pose, taking a photo of something on the ground. 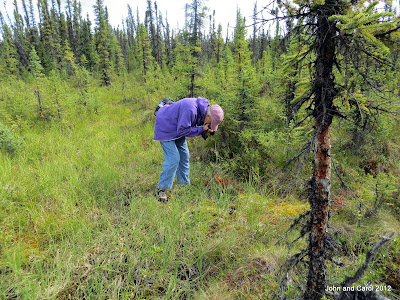 Often, we hike on trails marked with rock cairns (rock piles), but there aren't any rocks here. Someone nailed the tops of tin cans to trees in earlier years. More recently, it was marked by tacking CDs to trees. They don't last as long as the tin can lids. 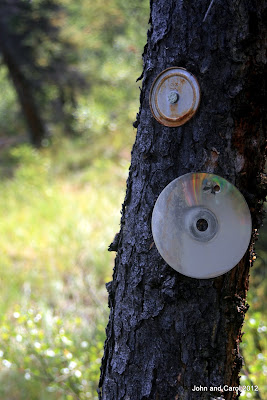 After about a mile hiking through the forest, we came to the mud springs. At the spring, cold salty water flows to the surface and gas bubbles from coal beds in the Lower Cretaceous and Upper Jurassic formations underlying the central Copper River basin. As the bubbles travel up through the earth to the surface, they pick up fine particles of silt which over time have formed the hill from which the springs emerge. The dead trees around the mud springs were caused by a large increase of mud flow after the 1964 Alaska earth quake. 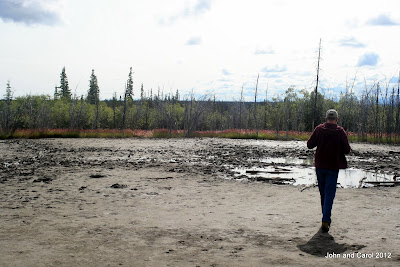 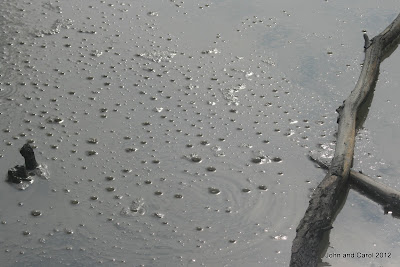 Since the water flows year-round, it is a popular spot for area wildlife. We saw footprints of (I think) moose and maybe coyote. John's hand gives you a perspective on the size of the prints. 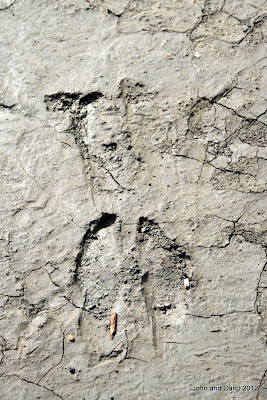 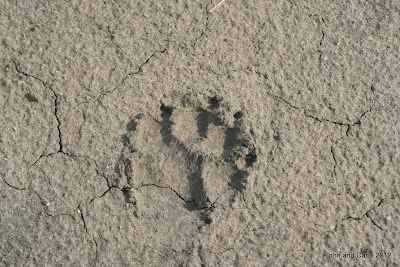 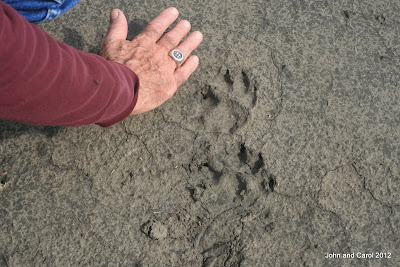 Nearby moose poop verifies the presence of those animals. 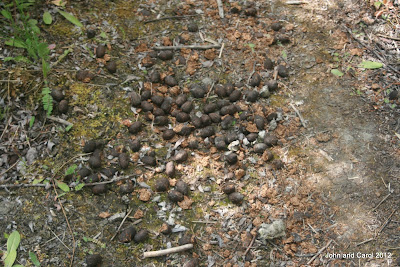 Along the way, I spotted a number of different varieties of mushrooms. We don't eat many mushrooms and I have no way of identifying which ones are safe to eat, so I never gather them. But I do think they are interesting and pretty. 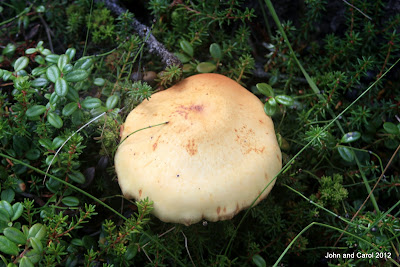 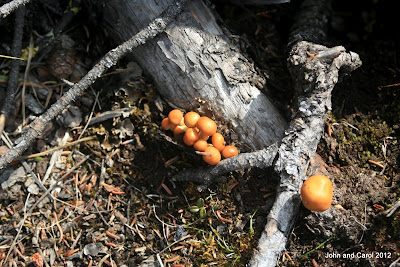 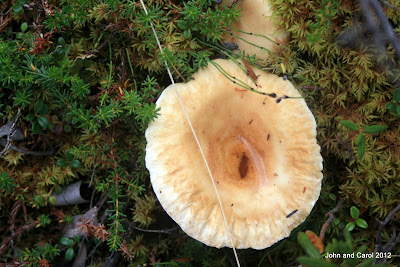 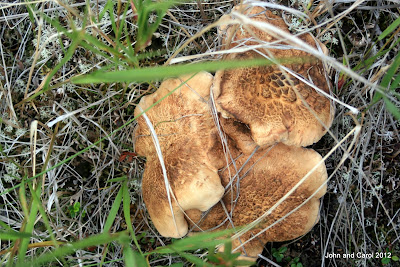 Twice in the last week local Alaskans have remarked that the weather makes them feel winter is on the way. Today, I saw leaves turning red. It really is time to be on our way south. 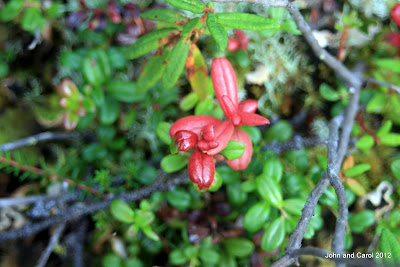 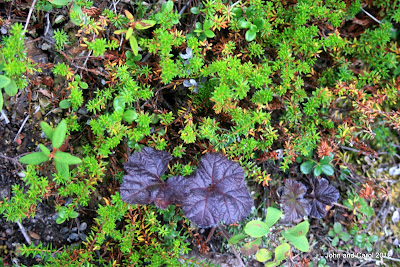 I don't know what this berry is, though I think I have seen it before. Anyone know what kind it is? 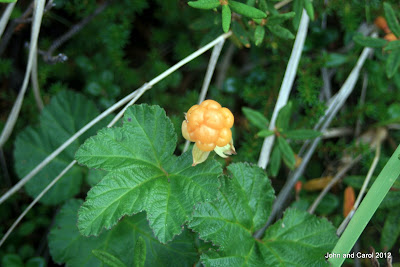 Another plant I didn't recognize had developed seed pods. 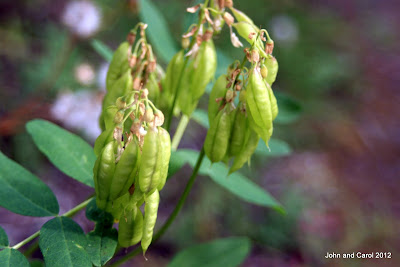 The trail back from the mud springs circled above our RV. 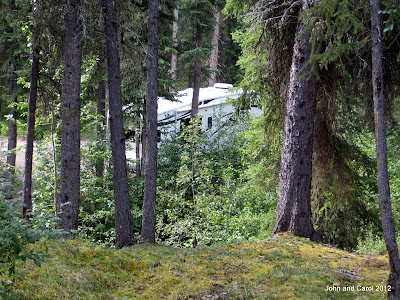 It was a good hike on a great, partly sunny and warm day in Alaska.
Posted by John and Carol at 9:17 PM