We have never seen something like this! And it was great. About 10 am we set out for a walk, after the morning rain stopped. As we left the RV park, we saw a bear near the camper cabins. 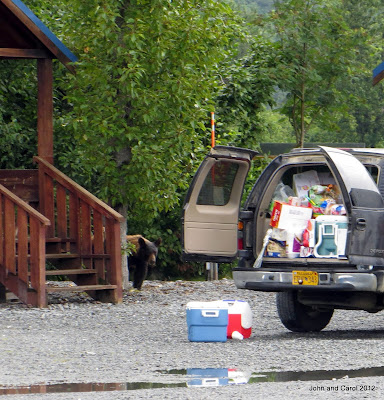 When we came back at noon, the neighbor leaned out her window and told us there had just been a bear walking there. Another woman said Animal Control had chased it off. And here came Animal Control, checking again. 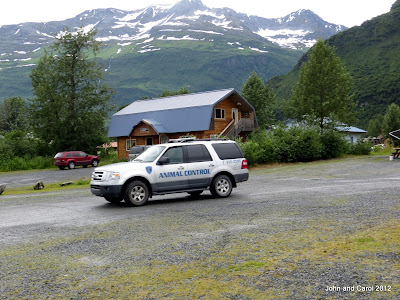 About 3:45 the bear was back, trying to get into some sort of cooker in front of a nearby RV. We didn't get the camera out in time for that, just to catch these three men trying to burn up the grease the bear wanted to eat. 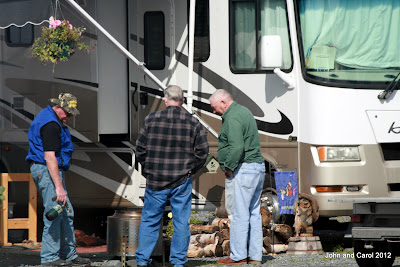 The black bear hadn't been deterred, however. Here he (or she) is at 4:06, still trying to get something to eat. 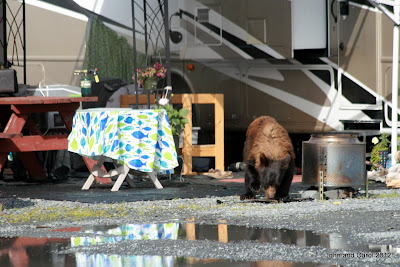 One of the neighbors threw something at him and he left. That was a deterrent for a little over an hour. At 5:18, he was back in the same place. 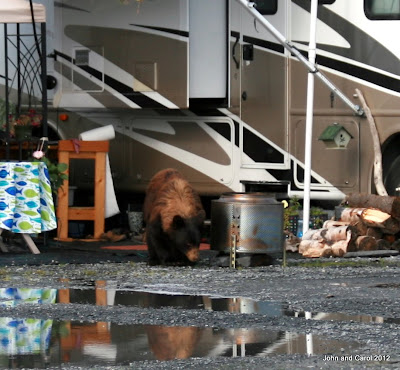 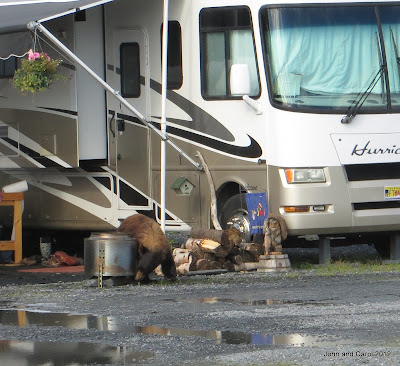 John raced out to take some pictures. 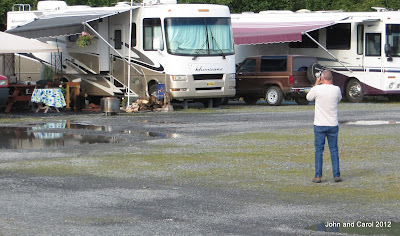 After sniffing and licking for a while, the bear decided to check out other parts of the park. 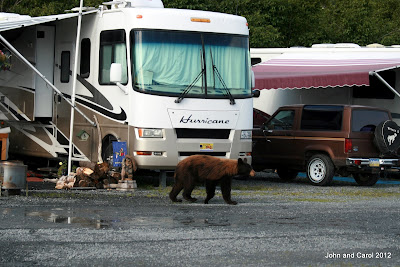 And sauntered across the road. 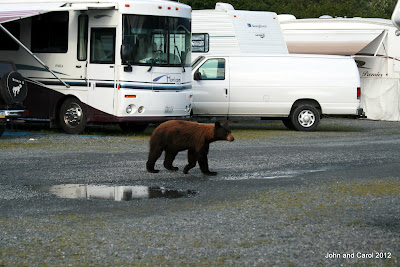 He checked out this truck camper. 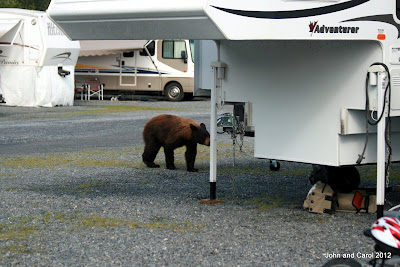 Until something spooked him and he sprinted back the way he had come. 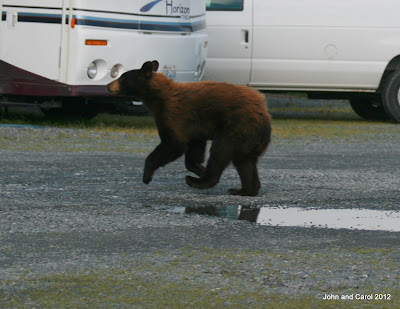 These were incredible bear sightings--a first for us in some place we have been parked. How exciting!

We did see some other sights, as well. We had watched the fog float around the valley while it was raining. When the rain ended, there was still some fog sitting at the base of the mountains. It sure is pretty. 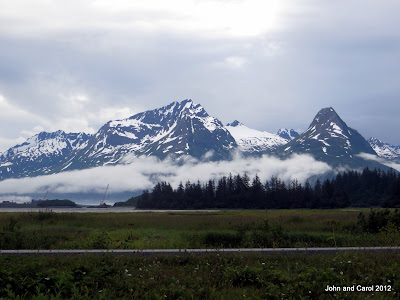 The sun actually came out for a while this afternoon. Hopefully, we will see some more tomorrow. But, if we do, it won't compare to what we saw today.
Posted by John and Carol at 9:01 PM