Valdez is celebrating Gold Rush Days this weekend. In 1898, Valdez was the gateway to the Klondike gold rush for many stampeders. The weekend celebration has included an "Old Time" fashion show, an open-air market, the Height of Fashion Wine Walk, Gold Rush skits, horseshoe and basketball tournaments, and, tomorrow, a parade.

One event we checked out today was a dutch oven cooking demonstration. 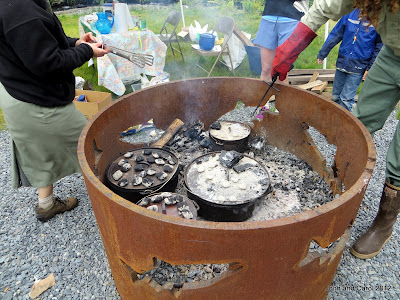 The loaf of yeast bread they were baking looked pretty good. I'll bet it was sourdough bread. 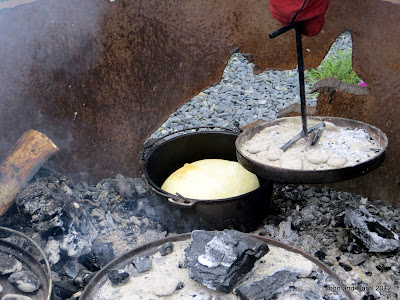 There is an entertainment venue at the open-air market. When we stopped by, a rock band from Eielson Air Force Base, Fairbanks, was providing the music. 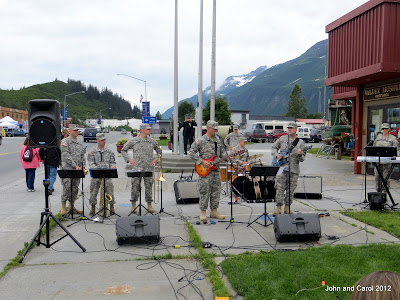 These two young men in the audience were really groovin' to the music. (Is that an appropriate term for rock music?) 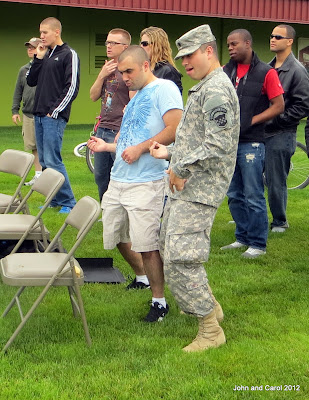 Nearby, we saw this fishing vessel, built on Perry Island in 1939. It was finally put in dry dock at the Valdez Museum in 1994, after seeing service for fishing, surviving the 1964 earthquake, and helping clean of the Exxon Valdez oil spill in 1989. 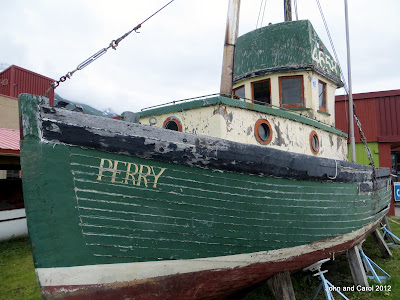 Across the street, Miss Peggy's Espresso, serving ice cream and hot soup, caught our eye. She even let me try on her polar bear cap. 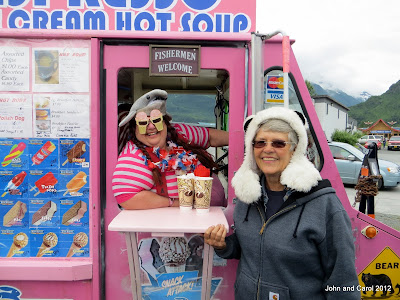 As the sun went down last night, I caught this picture of one of the mountains around Valdez. 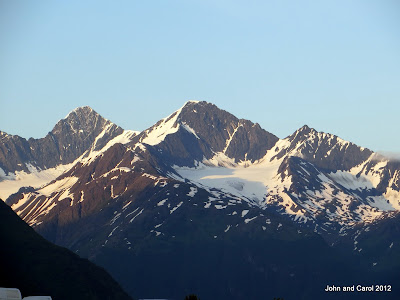 We can also see this waterfall from our RV. 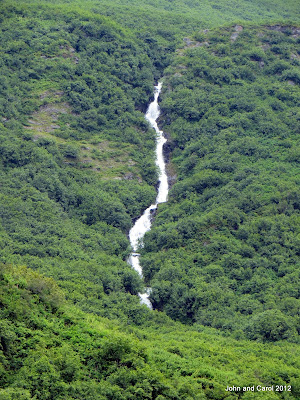 It carries a lot of water. This is what it looks like at the bottom, just before it flows out into Prince William Sound. 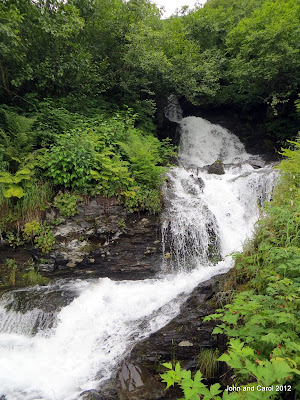 John was able to install the needed part in our toilet, so now it works correctly. Yea!
Posted by John and Carol at 8:43 PM