It has been another cool, cloudy day in Seward, Alaska. The high temp was 54 degrees. Last winter Alaska saw all-time record amounts of snow. July has been the coolest on record. The state is having a summer that they call a "little winter." We love to see sunshine, and we have seen it every day it was really important to our plans. However, we would rather be here in this chilly summer than in the lower 48 with your record-breaking heat and drought.

Today, sunshine didn't matter. We used our Alaska Toursaver book to visit the Alaska SeaLife Center here in Seward. Entrance for two cost one single ticket price of $20. We hadn't really known if we would visit this place or not when we first came here. But the more we heard about it, the more we realized we wanted to go. And are we ever glad we did. These two folks from Colorado saw sea life like we hadn't even imagined existed. But first, we saw more beautiful flowers here in town. 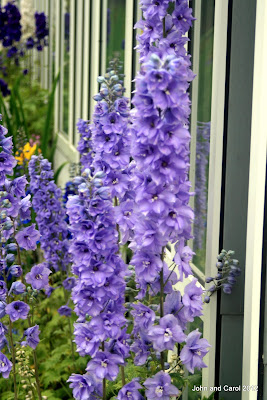 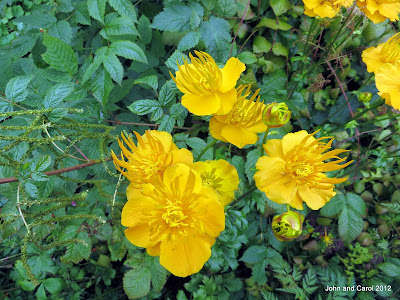 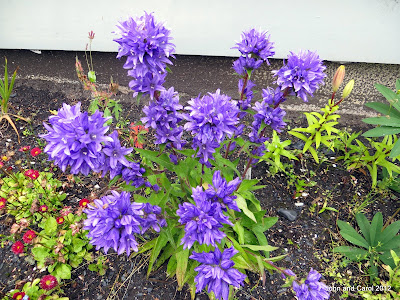 The SeaLife Center has numerous tanks of fish and other sea life, as well as facilities for birds and seals. They have some exhibits where you can touch some sea life, like sea stars and sea anemone. The facility rescues and cares for animals. This week they took in a six-week-old walrus calf, stranded near Barrow. We didn't get to see it, but facilities that care for creatures like that are certainly great.

We did learn a lot about the life-cycle of salmon, the various fish and other sea life that are harvested in the Bearing Sea, 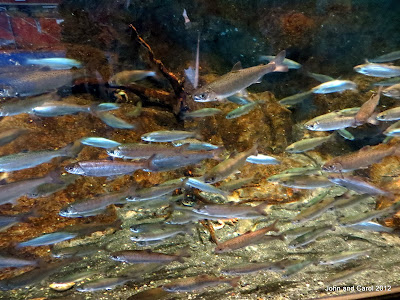 and about the Exxon Valdez oil spill. The most startling facts I learned about the spill is it was not even among the 50 biggest oil spills in the world and that every 9 months, more oil goes into US marine waters from run-off from roads and parking lots and incidental land oil spills than came from the Exxon Valdez spill.

We saw numerous birds that were new to us. We had seen puffins on our cruise earlier this week and today, John finally got a really good photo of one. I have wanted to see and photograph puffins for at least 8 years, when we were first in Alaska. Finally!  It is a tufted puffin. 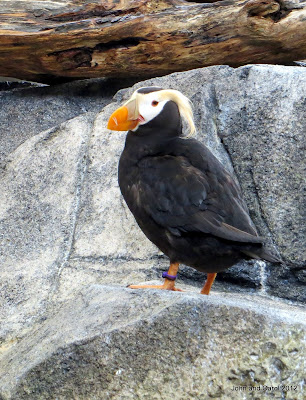 This is a parakeet auklet. 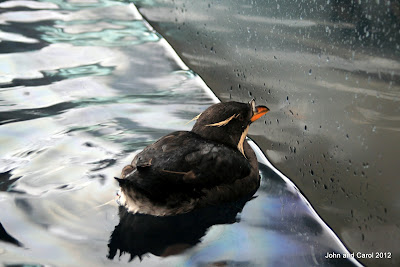 I'm pretty sure this is a king eider. 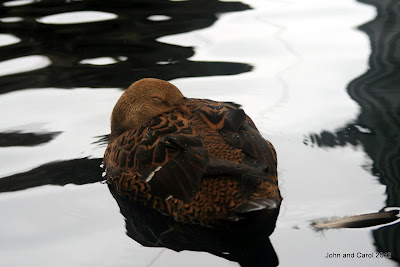 I know there were red-legged kittiwakes.  I don't know what this one is. 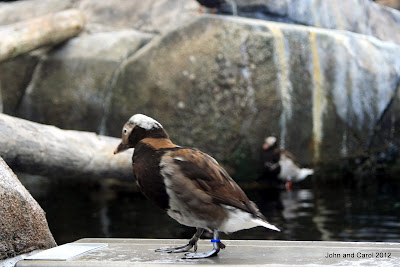 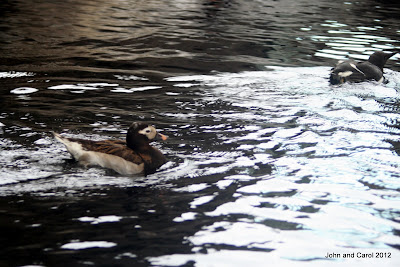 This is a black scoter. 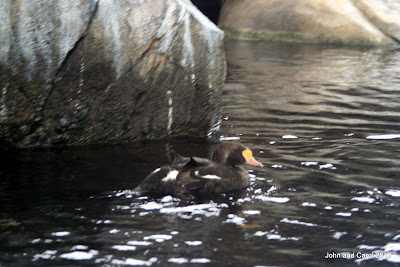 We were able to watch stellar sea lions from above the water and also below. They moved too fast underwater to be able to photograph them. 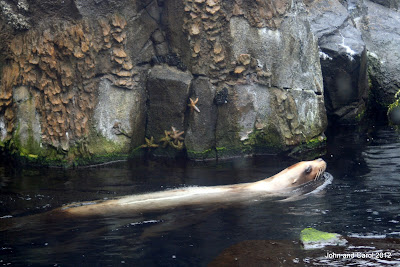 The invertebrates are as beautiful as the flowers we had seen earlier. 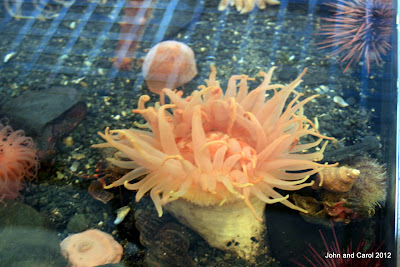 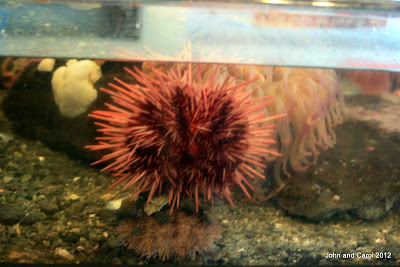 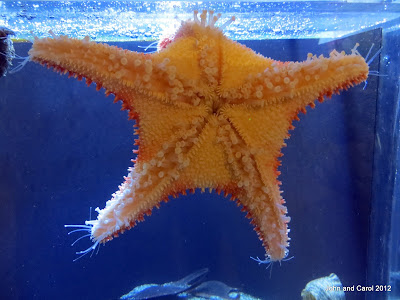 I don't know what this is. 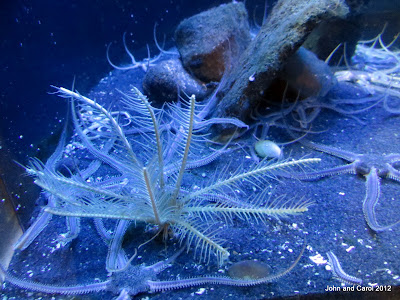 We were both fascinated by all we saw and learned so much. We know we will visit other aquariums in the future. It was a great experience.
Posted by John and Carol at 9:52 PM