Today we had a fairly relaxed day.  We were out just after 7:30 am to go shopping at Fred Meyers in Soldotna.  Yesterday, when John drove through Soldotna he saw the parking lot at the store so crowded, he didn’t think you could even find a place to park, much less shop in the store.  We decided to beat the crowd.  For anyone who doesn’t know about this chain of stores, they are much like a Super Walmart, but with a better selection of items and brands. They are somewhat higher scale than Walmart or Target.  Since everything here is so expensive, I really can’t do any price comparisons.  But we love these stores.

On the way to the store, we passed this RV park.  There are many more than normal in town right now because the salmon are running. 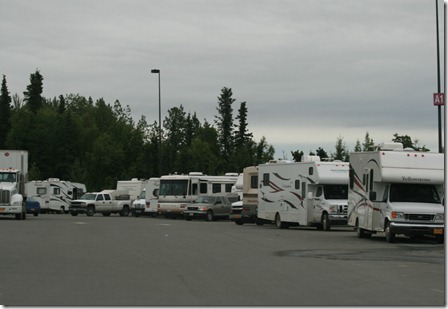 We stopped by the Soldotna Visitor Center.  They had beautiful hanging baskets filled with petunias. 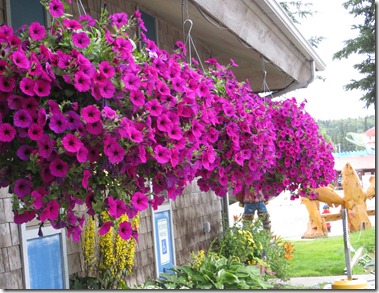 Then we walked down to the boardwalk along the Kenai River. 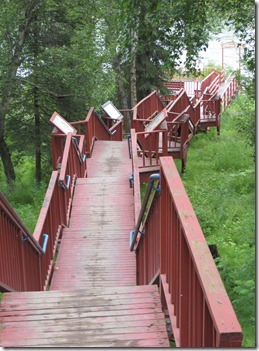 We saw what we thought then was a lot of people fly fishing for salmon along the river, both young and old. 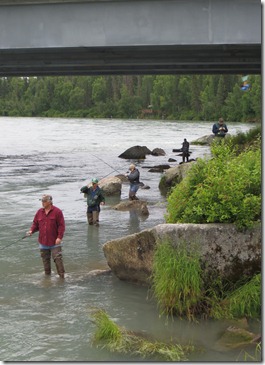 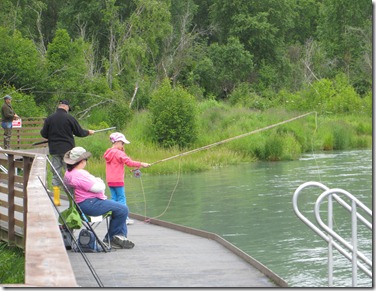 These signs were posted next to the boardwalk. 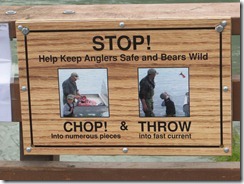 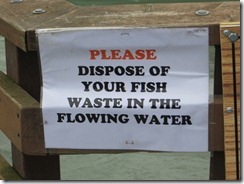 This fellow brought in a large salmon. 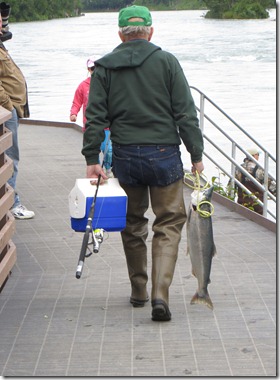 After lunch we drove to the nearby town of Kenai, It was established in the early 1800s by the Russians, who were the first outsiders to settle in this part of Alaska.  We walked through the RV park we stayed in the last time we were here, then looked down at the mouth of the Kenai River, where it flows into Cook Inlet.  Wow.  Look at all those people fishing! 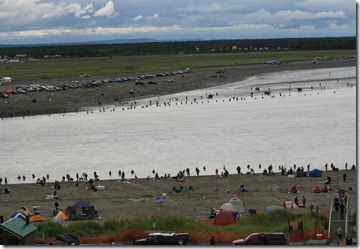 These are the Alaska residents that are harvesting fish with dip nets.  Those who are staying in RVs are camped in tents by the river. 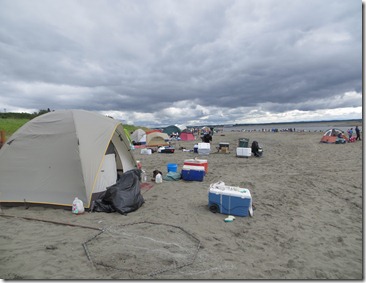 This is certainly a different way of fishing than what we saw in the morning. 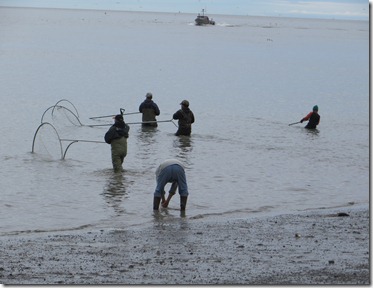 Look at the long handles on the nets. 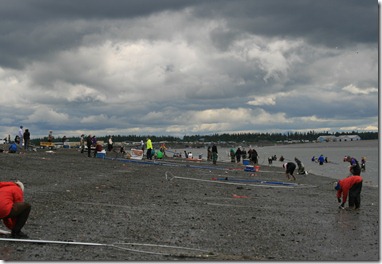 The air temperature was 54 degrees and I imagine the water was even colder.  These guys are up to their armpits in it. 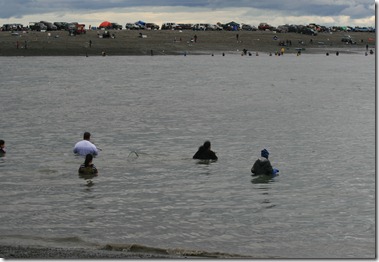 And they bring in a lot more fish. 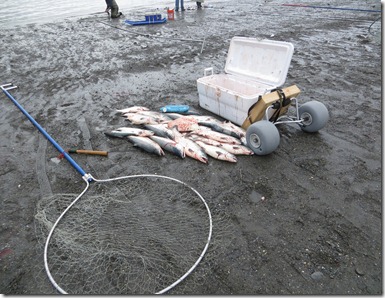 Some of those we saw fishing this way are Native Americans (First Nation). 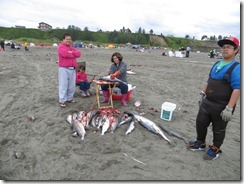 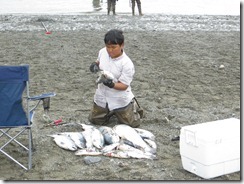 I will do a second post today with more images of the dip net fishing.  But first, let me tell you about our visit to the Russian Orthodox Church and other old buildings in Kenai.

Here are the three crosses on the roof of the Church of the Holy Assumption of the Virgin Mary, established in 1846 and built in 1894. 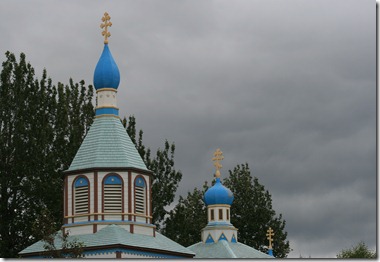 When we went inside the church, John talked to the local priest, who lives in the rectory across the street. 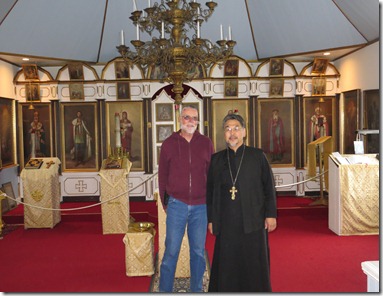 Also across the street is the Saint Nicholas Memorial Chapel, built over the graves of very early priests or church members, one who died in 1867  and another in 1878.

Another old building didn’t stand up as well. 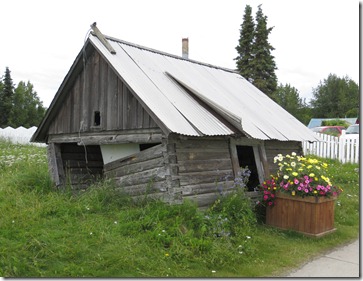 Also, the clouds dissipated and the sun came out today.  We even saw part of Mt. Redoubt, which has been hiding since Thursday. 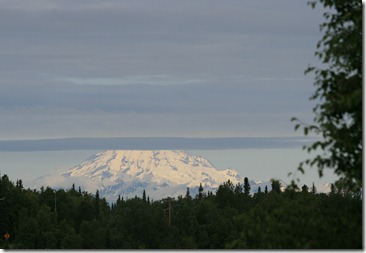 To learn more about dip netting for salmon, go on to the next post.