History and the Poor Farm

The Arizona Historical Society Pioneer Museum in Flagstaff is housed in the 1908 Coconino County Hospital for the Indigent--aka the Poor Farm. It was called the poor farm because patients that were able worked in the fields where food was grown for the patients and live-in staff. 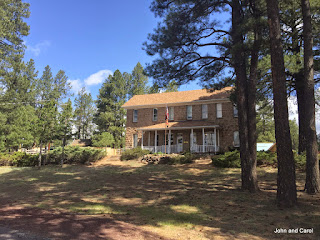 Polio was one of the diseases treated there. They had an iron lung on display. I can remember polio scares when I was a young child. During the hottest part of the summer, our parents wanted us to play quietly and not get over-heated. John's late brother-in-law, Russ, had polio as a child. I also remember the first polio vaccine, available in 1953. In 1952, there had been 58,000 new cases of polio in the U.S. By 1957, that number had been reduced to 6,000. By 1994, polio had been virtually eliminated in the Western hemisphere.
One sign in the museum said one woman had lived in an iron lung for 58 years.  I can't imagine that. 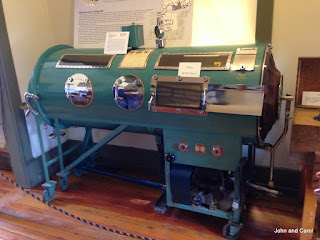 There were dioramas in the museum showing what the hospital ward and private rooms looked like. This was the six-bed ward. 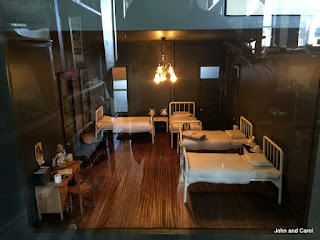 Early Flagstaff was a lumber town, with shipment of the lumber facilitated by the arrival of the railroad. There was a display of tools of that industry. 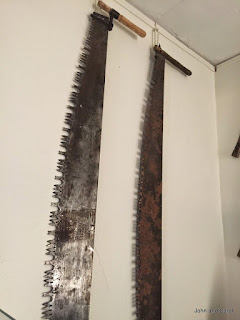 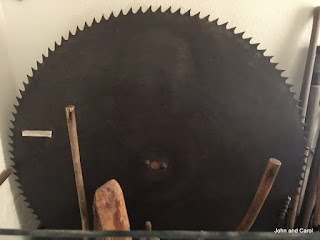 In front of the museum, three cars from a lumber company train were on display. Look at the size of the logs on the train. 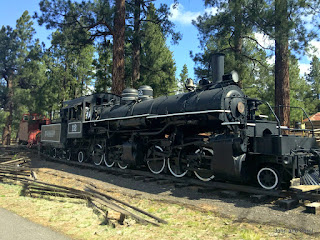 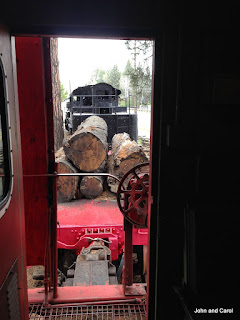 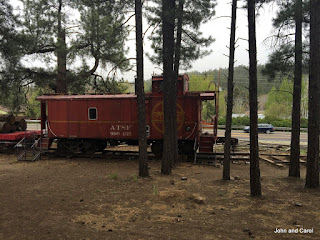 The most interesting part of the museum was on the second floor of the old hospital. Several items from each decade from the 1880s through the 1960s were displayed, as well as information on cost of living in each decade.

Look at this adding machine from the 1910s. 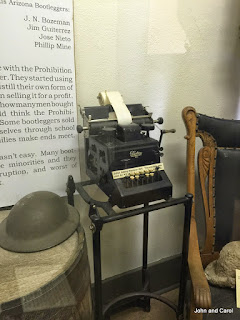 This permanent wave machine is from the 1920s, I think. 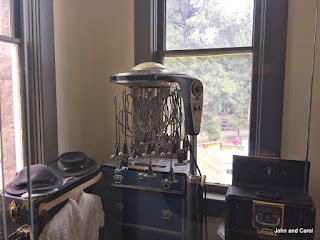 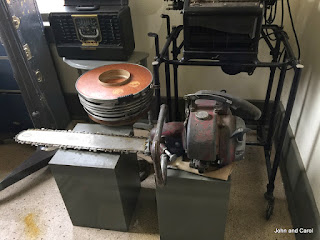 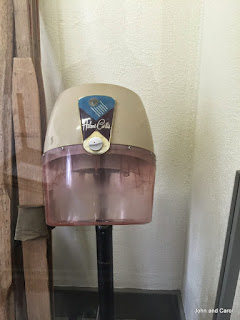 Any of you remember hair dryers like this as the beauty shop?  I think they were around in the 1950s  and 1960s.

I just had to include this old treadle sewing machine. I never used one, though there was one in my sewing classroom in junior high. We did have a similar, electric, sewing machine when I was growing up. That is where I learned to sew. 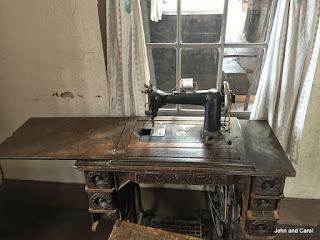