Downtown Flagstaff is a mixture of the old and the new. The city was first settled in 1876 and grew rapidly during the 1880s with the arrival of the railroad. Some of the buildings give a glimpse of years gone by.

This building was obviously built many years ago. 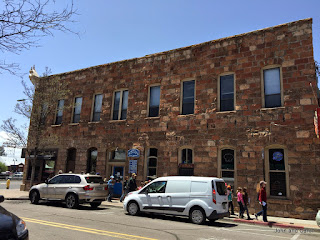 The outside staircases (or fire escapes) indicate an era now gone. 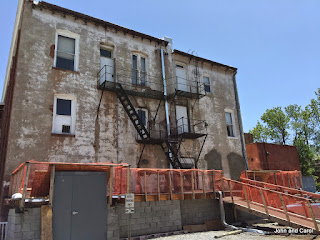 If you look closely at the left side of this building, you can see tall vents running up the side. We wondered if these once vented wood stoves. 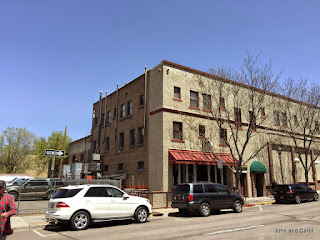 This attractive building, which houses St. Francis of Assisi Roman Catholic Church, has obviously been standing for many, many years. They don't build anything like this today, unfortunately.

We saw a couple of modern murals on the side of buildings. While new, one depicts an age long gone. 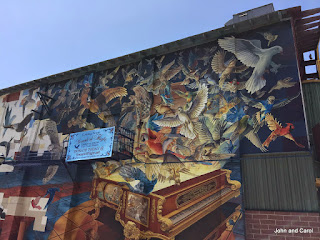 One store had fancy caramel apples. We didn't buy one. They are hard to eat as you walk down the street. 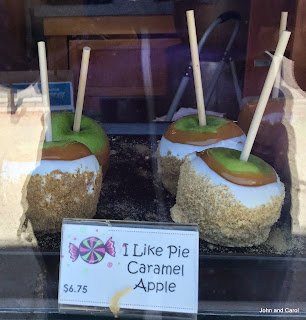 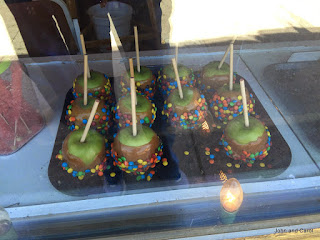 Flagstaff is a very bike-friendly city, maybe in part because it is home to Northern Arizona University. There are paved bike paths around the city, the buses have bike racks on the front and rear, and we saw this fancy, crochet-covered bike rack downtown. 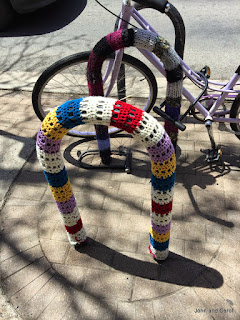