New Mexico has several national monuments we have not visited, so we decided to check out at least one, El Morro. It was about 50 miles from where we are parked in Gallup. El Morro is a sandstone out-cropping with a pool of water at the base. Visible for miles, the rock and water was a great attraction for the Puebloan ancestors of the modern day Zunis, who live nearby, as well as travelers through the centuries who left their names and messages in the soft stone. 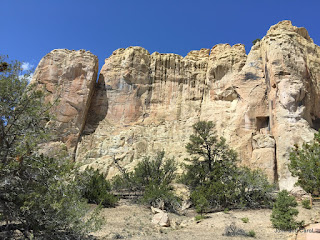 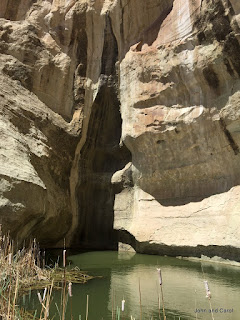 There are at least 2,000 writings carved into the walls of El Morro, telling the tale of Native Americans in pictographs, reporting parties of Spanish explorers and American expeditions looking for a rail route to California.  Later came passing pioneers and tourists, who left their names, as well. 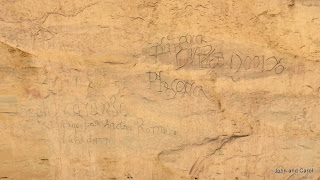 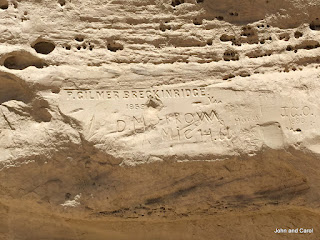 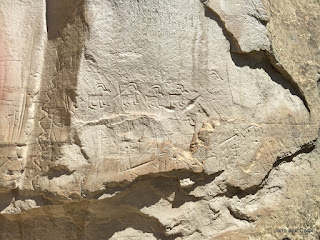 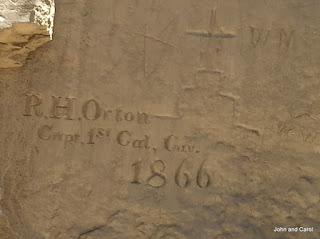 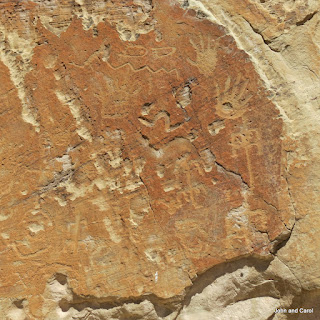 You may notice that the first photo shows carvings that look dark. Early attempts at preservation of the monument included darkening the writings with graphite--aka #2 lead pencil--so they could be seen more easily. That wasn't the only misguided work done to make this a better tourist attraction. The trail that climbs to the top of the sandstone structure and makes its way to the pueblo there is marked on the stone surface with lines cut into the rock. That would never happen today. 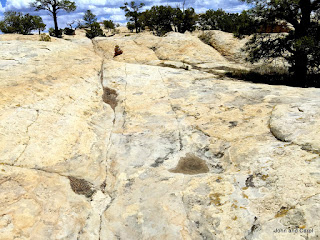 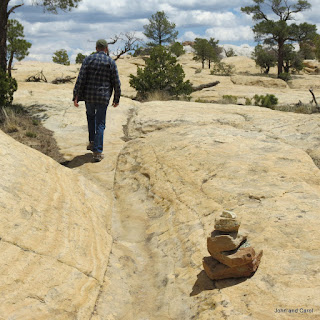 One monument superintendent planted yucca to discourage visitors from getting too close to the stone face. That was a good idea. Look at this yucca, beginning to bloom. 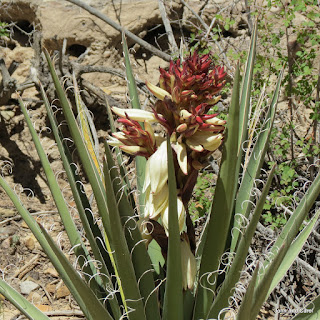 In some places, steps were carved into the stone to make following the path easier! 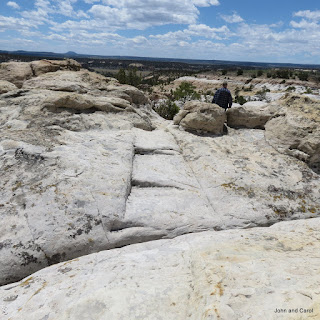 The people who lived in the pueblo brought their water from the pool at the base of the rock outcropping. That would have been quite a bit of work. There are also depressions in the rock that capture rain water, as we learned hiking there the day after a rain storm. 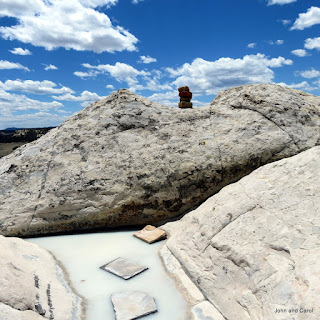 John was able to jump across another pool, but I had to shimmy across using the rocks on either side of the water. 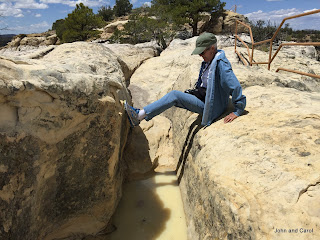 The remains of the Atsinna (Zuni for "place with writings on the rock) pueblo was discovered by archaeologists in the 1950s and part of the remains were stabilized so we can see them today. Between 1,000 and 1,500 people lived in the pueblo. At least 875 rooms have been counted. The largest pueblo dates from about 1275 and it was abandoned around 1400. 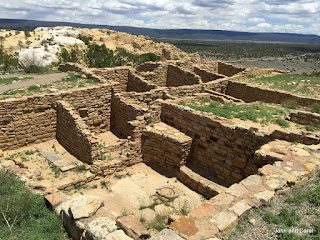 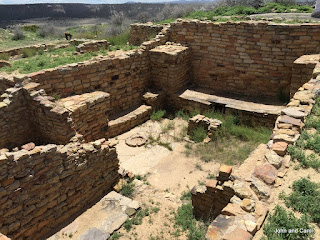 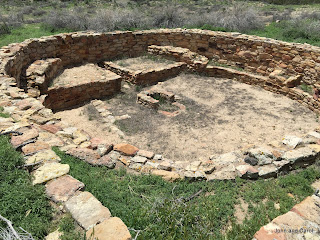 When we finished exploring El Morro's top, we walked down several sets of stairs to get back to the surrounding grounds. Thankfully, these weren't carved into the monument's surface. 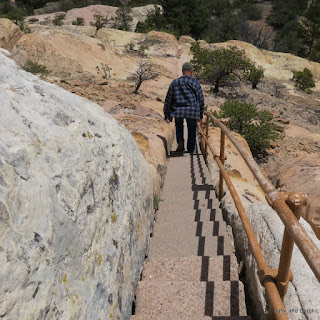 We enjoyed our walk of about 3 miles, exploring El Morro. We are never disappointed when we visit a National Monument, National Historic Site, or National Park. They are always worth the time we spend there.
Posted by John and Carol at 7:14 PM