Hiking By the Petroglyphs

Tuesday, we visited Petroglyph National Monument, which is surround by the city of Albuquerque. We had been there before, but it was an enjoyable place to get in our daily 5-mile walk. Archeologists estimate that most of the images were made 400 to 700 years ago, though some images may be 2,000 to 3,000 years old. Beginning in the 1600s, Hispanic heirs of the Atrisco Land Grand carved crosses and livestock brands into the rocks.

The path follows a lava escarpment. There are 3 old volcanoes to the west of the monument. 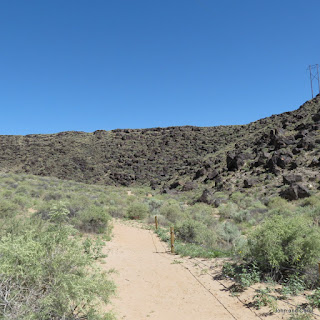 These are some of the images archeologists believe were inscribed by ancestors of today's Native peoples. 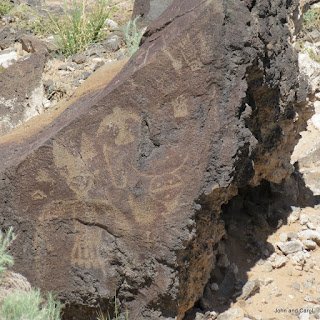 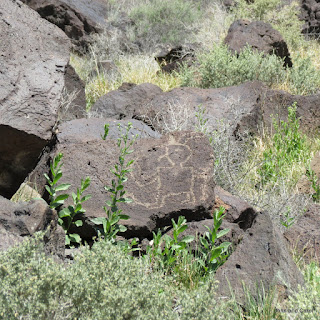 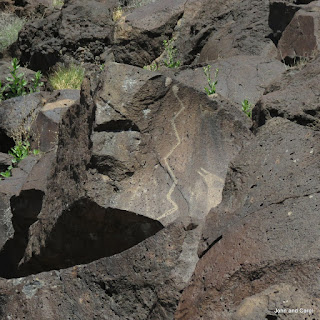 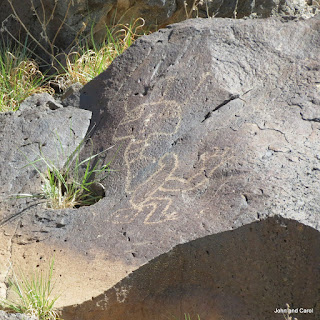 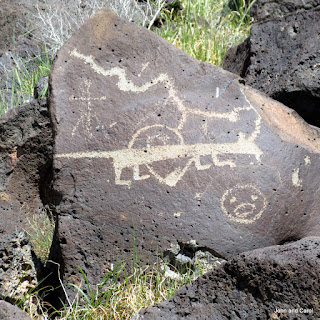 At least two of the Spanish sheepherders left their names and the date, 1919, on the rocks. 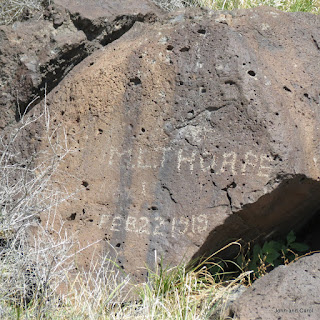 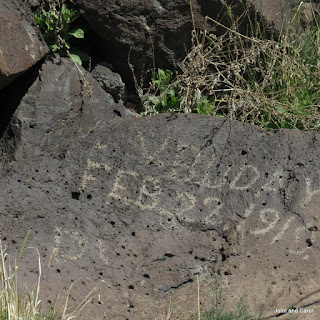 These crosses were also inscribed by Spanish settlers. 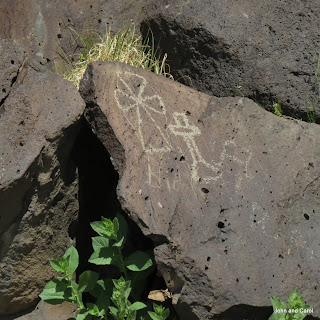 Of course, there is always some modern graffiti, like this one from 1989. 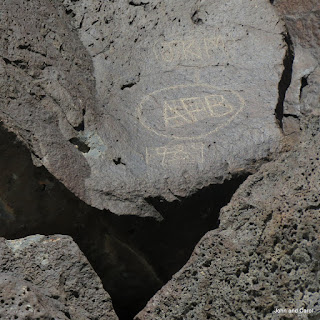 We also saw a few wild flowers, including these two. 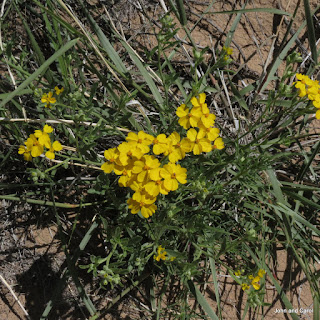 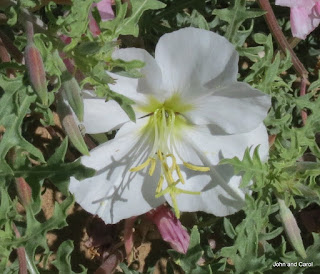