It's cold outside. We're cold. It was 42 degrees outside when we woke up this morning. And it was 43 and the wind was blowing at 9:30 am when we left Helena. In the next couple of days, we are expecting snow. But it was another day of beautiful scenery as we drove north to Great Falls--only 80+ miles away. 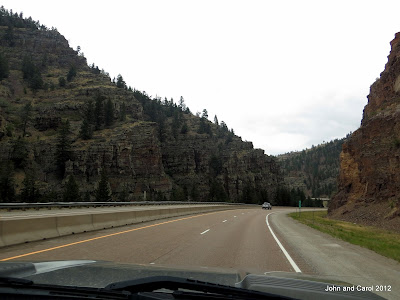 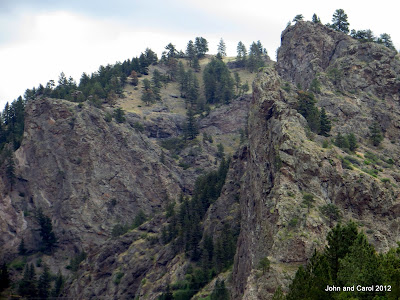 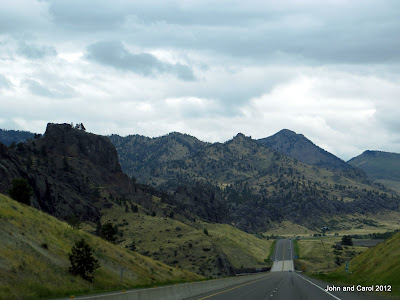 We cris-crossed the Missouri River a number of times during the trip. 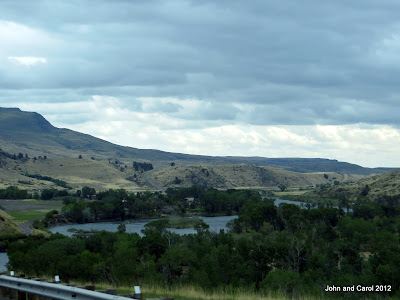 After getting unhitched and set up, we drove into town to visit the Charles M. Russell Museum. 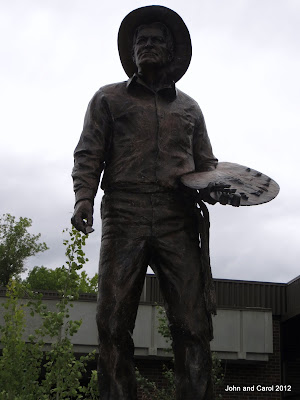 Russell, born in 1864 in St. Louis, traveled to Montana in 1888 and spent most of the rest of his life here. After working for various outfits while developing his skills as an painter,by 1893 he a full-time artist. It is interesting to see how his skills in drawing and painting people and animals developed from 1890 on. He did many small paintings and often included illustrations in his personal correspondence. I loved this small, detailed painting of a cowboy on a horse holding a bottle of liquor. 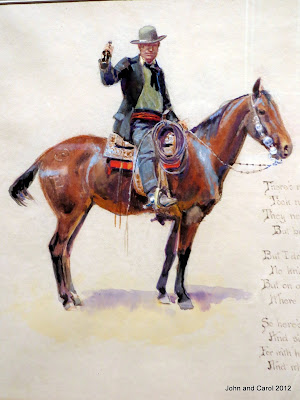 This painting is by O. C. Seltzer, a close friend of Russell. They often went on sketching together and you can see similarity in their styles. This is a painting of a prospecter. 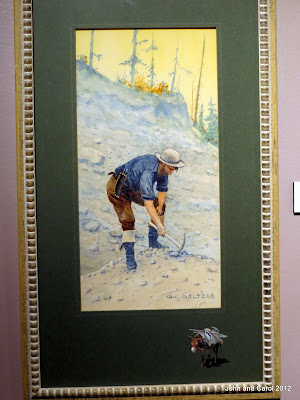 After marrying, he and his wife built a house in Great Falls and he also built a log cabin studio where he painted and met with friends. 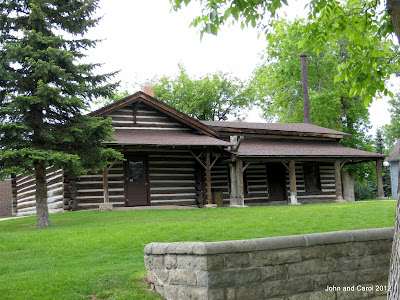 The American Buffalo or Bison was central to the lifestyle of Plains Indians, who Russell came to admire and often painted. The museum had a major display about the buffalo. Local native Americans often drove buffalo herds over a cliff so they could be killed to provide for the tribe. One part of the display was this statue of a buffalo which we thought was quite interesting. 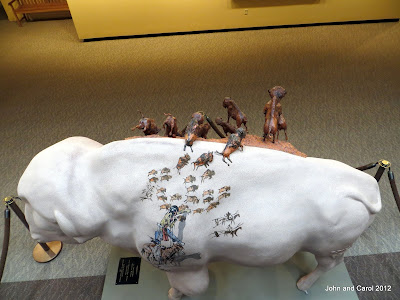 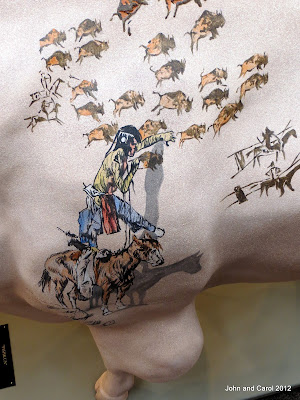 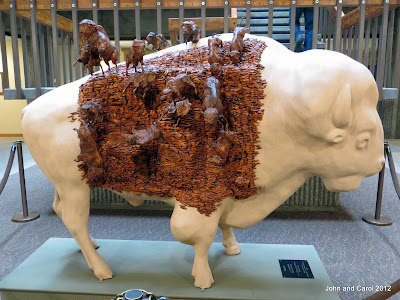 As almost everyone knows, the immense herds of buffalo that once lived on the plains of North America were nearly wiped out. This photo shows buffalo bones that were harvested and shipped to Detroit, MI, for use in producing fertilizer, charcoal and other items. 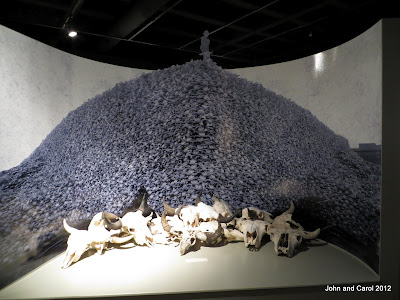 This sign from the museum explains what was going on much better than I can. 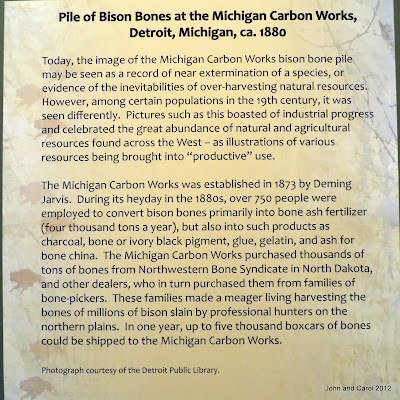 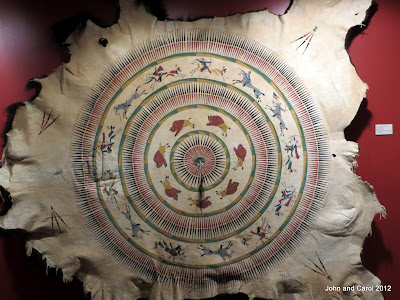 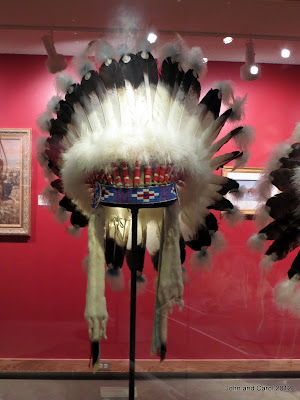 We had visited this museum eight years ago on our first trip to Alaska. I think I absorbed a lot more on this visit.
Posted by John and Carol at 6:56 PM