If you are of a certain age, meaning you were alive in the 1940s, 50s and 60s, you have mostly likely eaten your share of Spam. I know I sure did, growing up. As we turned our wheels west and south, we spent a couple of nights in Albert Lea, Minnesota, home of the Spam museum. We decided to visit. This mosaic dominates the entry of the museum. 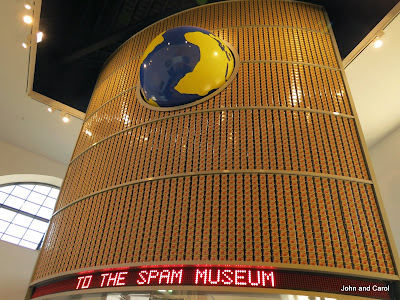 You see Spam everywhere. Notice the pig face doors in the background. 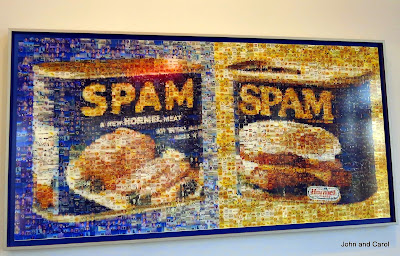 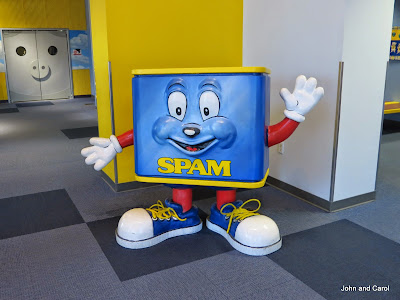 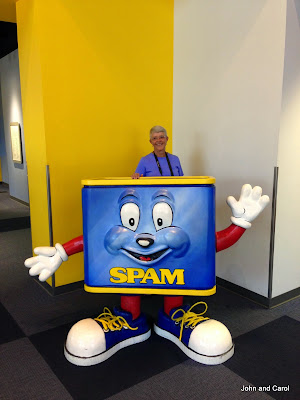 The museum is kid-friendly. Look at the controls for the computers that they can use to learn more about Spam. 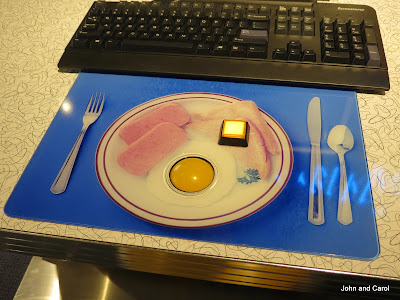 We were surprised to learn that George Hormel and family once produced many more products than just canned ham. 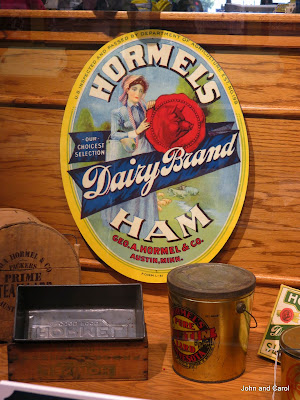 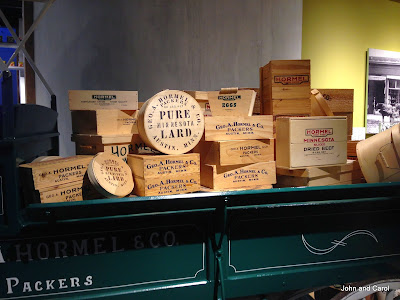 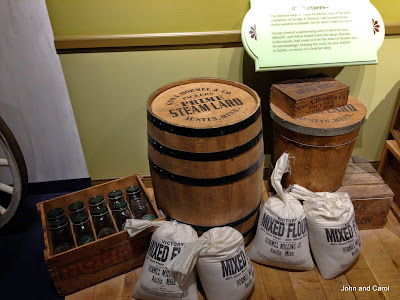 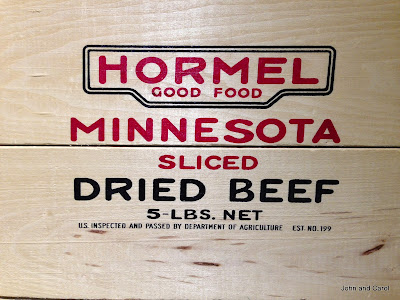 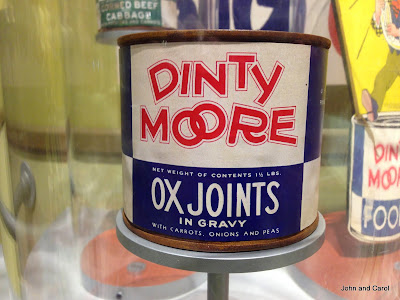 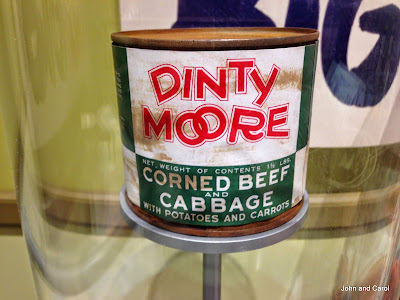 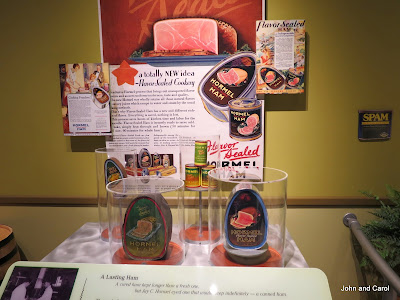 I remember spam cans with a key stuck on the bottom of the can. You removed the key and used it to peel off the can top. I guess that was the origin of today's pop and beer cans. Later, the company switched to a can with a built-in pull tab so you could peel the whole can off. 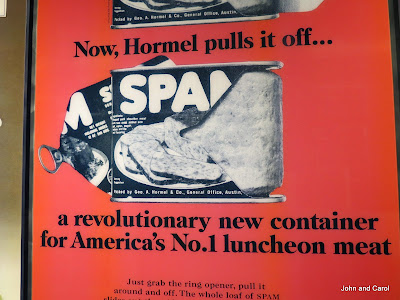 Spam was purchased in mammoth quantities by the US Department of Defense during World War II. The meat was served so often as soldier rations, the men complained there was too much of it. Dwight D. Eisenhower, WWII commanding general and later US president, wrote a letter to mark the 50th anniversary of Spam, saying it had been vitally important during the fighting. His only complaint was that there was so much of it. 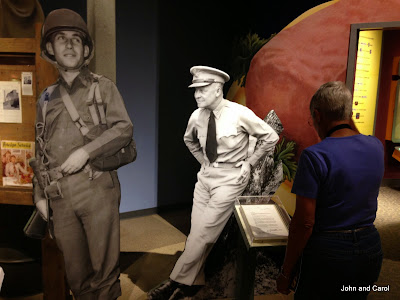 One hundred million pounds of Spam were part of the goods shipped to Europe early in the war as part of the Lend-Lease program. Later Britain's Margaret Thatcher and Russia's Nikita Khrushchev both expressed gratitude. Khrushchev said, "Without Spam, we wouldn't have been able to feed our troops." 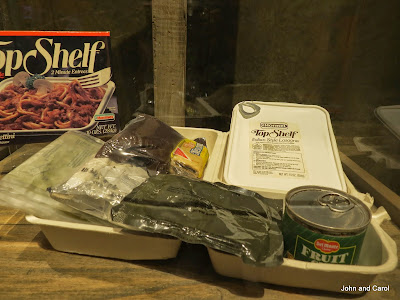 A good employer, Hormel introduced a guaranteed annual wage plan in 1938. Employees were paid a weekly wage, year-round, providing steady employment. When workers volunteered to serve in World War II, Hormel promised their jobs would still be there when they returned. Each Christmas they received a letter from the company president and a monetary gift. The list grew so long, that several years into the war, Hormel wrote that, while he hadn't personally signed each Christmas letter as in the past, it was his personal signature on the enclosed check. When the war ended, Hormel hosted a dinner honoring the 100 returning veteran employees and 67 who were killed during the war.

Hormel was a creative marketer. Spam luncheon meat was introduced in 1937 and that year represented 18 percent of the luncheon meat sales. By 1940, that share had increased to 70 percent. In 1938, Hormel placed a full-page ad in Time Magazine. That was the first exposure of the product outside Minnesota. After World War II, women musicians who were Hormel employees became members of the Hormel women's Orchestra and Hormel sponsored a weekly radio program of their music, in additional to appearances around the country. When the company introduced Mexican foods into its product line, they organized a 20-piece musical group, the Hormel Chili Beaners to promote the products. 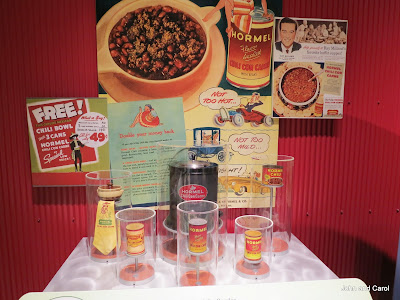 This diagram illustrates how Hormel uses all parts of the pig. In the museum's gift store, you can buy just about anything with the Spam name on it. 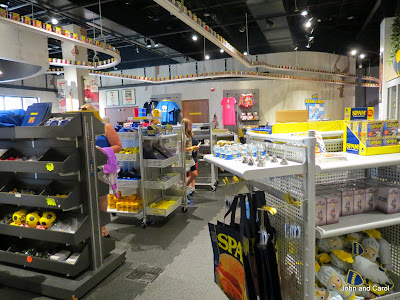 This museum is a must-see tourist attraction as you travel I-90 in southern Minnesota. However, don't try to visit for 18 months, beginning this September. The museum will be closed while a whole new facility is built. The current museum is located in a converted K-Mart building.
Posted by John and Carol at 3:04 PM