Bayfield, WI, on Lake Superior is the home of the Apostle Islands National Lakeshore, part of the National Park Service. We had to check out the islands by taking a cruise. We bought our tickets the day before. At a little after 9 am, we were among many waiting to board the Superior Princess. 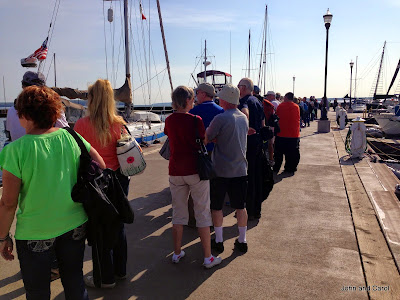 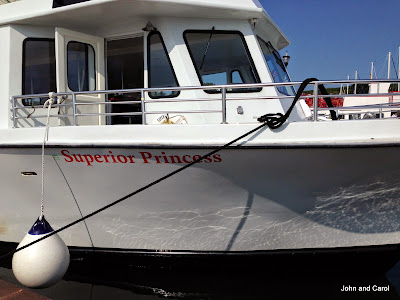 We had hoped to get in line early enough to get seats on the top deck, but we were too late. It was nice and sunny up there, but really windy and cold after we got out onto the lake. We were just as glad to have inside seats. 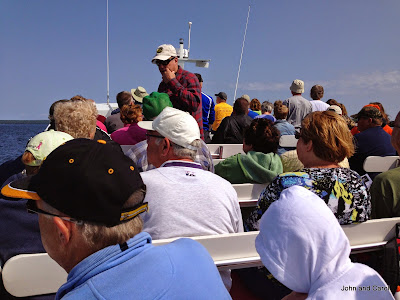 The boat moved pretty fast, up to 25 mph we were told. Look at the wake it leaves. 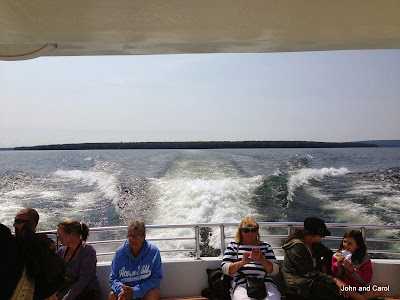 I'm not sure if this is a sea stack or just a piece of an island that broke off. Or are they the same thing? 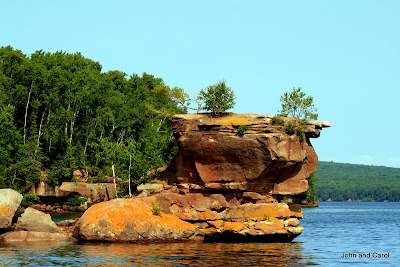 We passed a fish camp on one island. The boat's sound system left a lot to be desired, so I'm not sure if it is used any more or not. 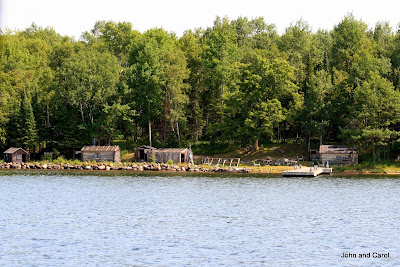 This marker buoy indicates the presence of a fishing net. 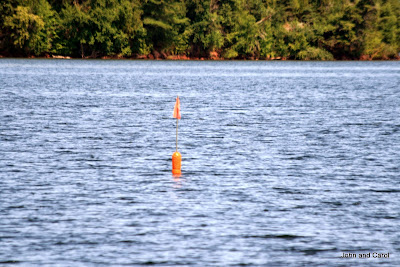 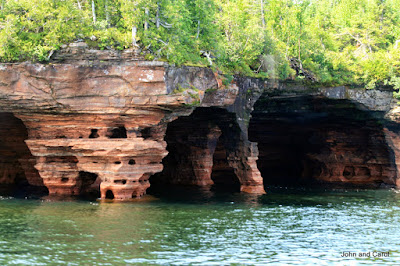 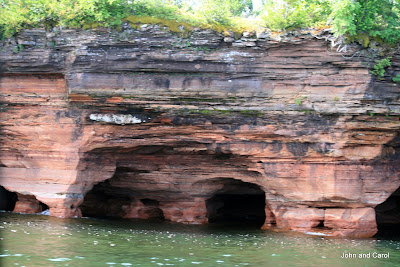 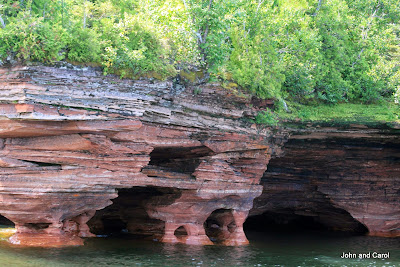 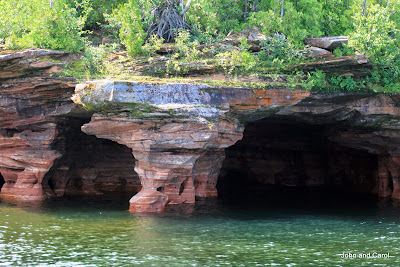 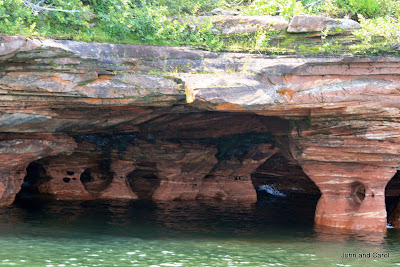 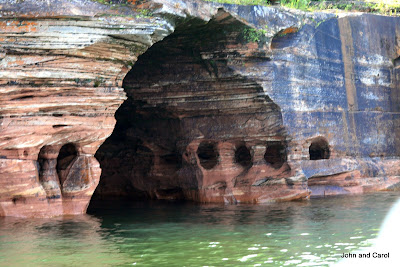 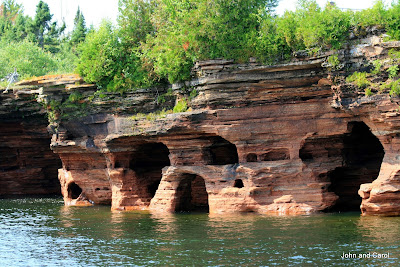 Devil's Island also has a lighthouse. 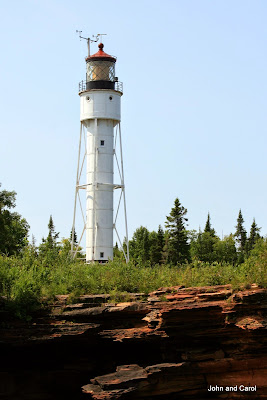 Another island with a lighthouse is Raspberry Island. The park service is improving the dock area of the island, so there is construction going on. There is a boat that takes tours to the island. You can see folks on the walkway around the lantern. The lighthouse is a duplex and once housed two families of keepers. 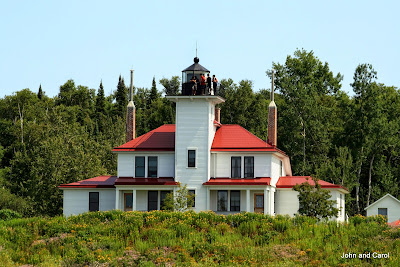 Our captain pointed out this boat. He said they often saw fishing boats at the end of the day with flocks of seagulls following because of the fish on board the boat. Since it was still early, he surmised that someone had been feeding the gulls. Click on the picture to get a better view of the flock of birds. 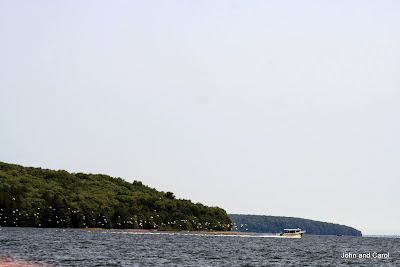 The boat was operated by a crew of three. Here you see the captain, who steered the vessel and narrated our tour. 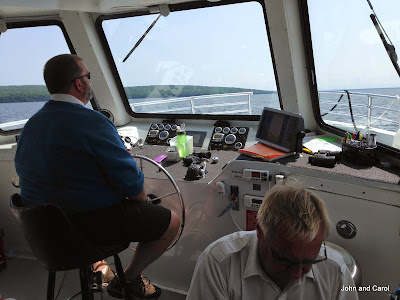 We learned quite a bit from the captain during the cruise.  Lake Superior contains 3 quadrillion cubic feet of water.  Last winter, the ice around Devil's Island was 5 feet thick and the caves were a wonderland of ice.  While the area usually sees about 1,000 visitors during the winter months, last winter 100,000 people came to see the icy caves.  Usually, the town of Bayfield is a sleepy place in winter.  To meet the needs of those visitors, closed businesses opened, hired workers and had a banner year.

We returned to the ferry terminal a little after 1 pm. You can see the large marina of sail boats. That is a very popular sport on Lake Superior. 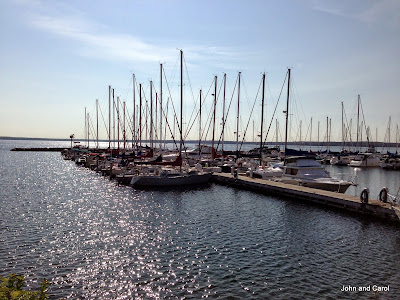 We are real train buffs and enjoy riding trains, even if there isn't much scenery. We aren't, however, very interested in boat rides for their own sake. We enjoyed seeing the sea caves and lighthouses, but aren't sure it was worth a 3 1/2 hour ride on a small ferry where it was even difficult to walk around. The caves are impressive, I must admist.
Posted by John and Carol at 10:00 AM