We love to ride trains, but we haven't been able to find one since we left on this trip in April. Until, that is, we arrived in Custer, SD, and learned about the 1880 Train that runs through the Black Hills between Hill City and Keystone. The trip is one hour each direction. 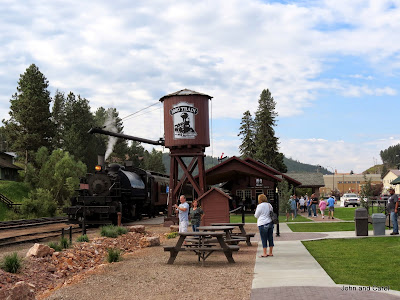 It wasn't just any old train, it was a steam train! The engine that pulled our train was an oil burner with a saddle tank.  We had lots of opportunity to take pictures of the train engine on the curves. 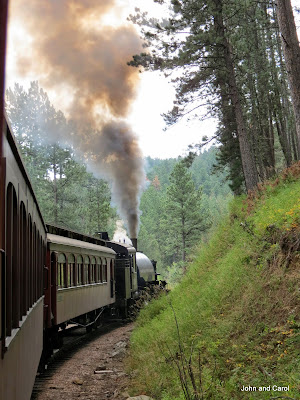 They also have a wood burning engine. It is even prettier. 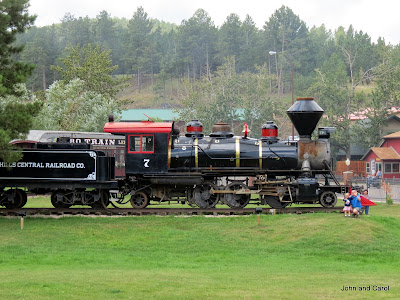 We rode in an open car. 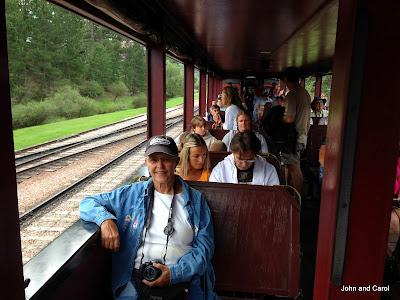 The countryside is beautiful and interesting and we had and sunny, dry day for the trip. 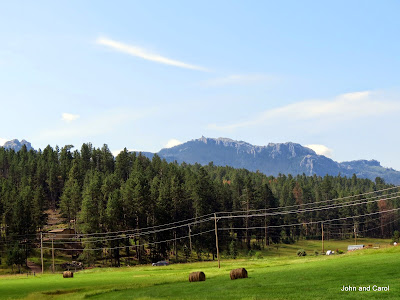 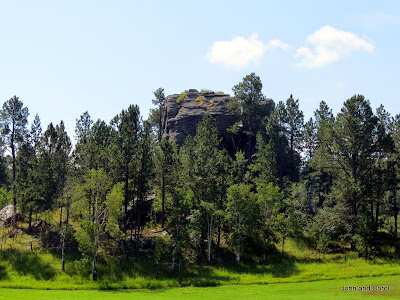 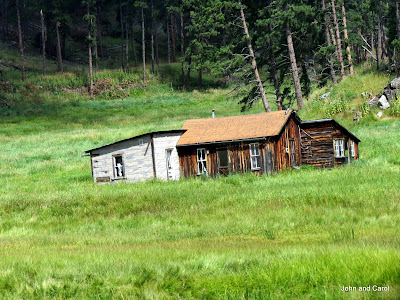 There is a lot of uphill grades along the line and, at one point, the engineer had to clean the boiler by blowing out steam. 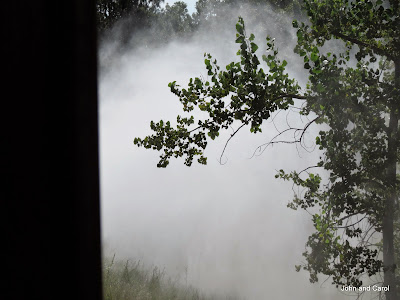 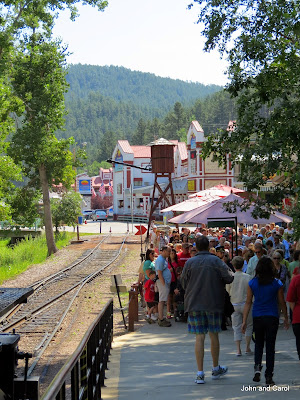 The engine had to disconnect from the front of the train, change tracks, and back by us so it could attach to the other end of the train for the trip back to Hill City. 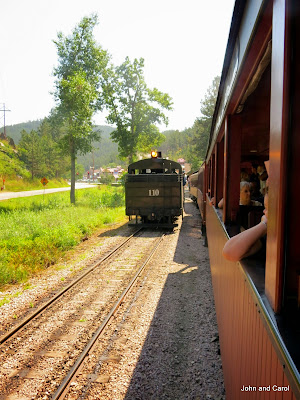 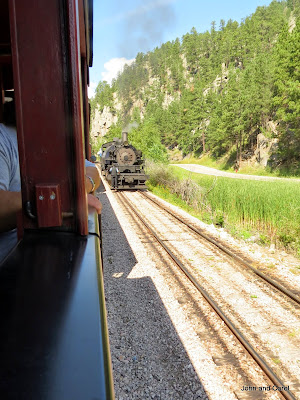 Apparently, train engines are just as powerful backing up as going forward. This isn't the first time we have ridden on a train with the engine going backwards. 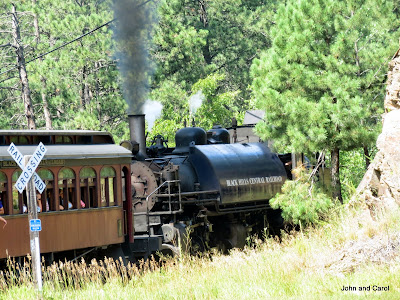