A number of our blogging friends frequently take hikes to view waterfalls. We had hoped to see some during our time in Tennessee and Kentucky, but that didn't happen. When we read there were several waterfalls in the area around Bayfield,WI, a hike to see some was a must. We drove to Copper Falls State Park near Mellen and took the Doughboy Trail to view the Copper Falls, Brownstone Falls and Cascades on the Bad and Tyler Forks rivers. The trail was built by former World War I vets and the CCC (Civilian Conservation Corps). 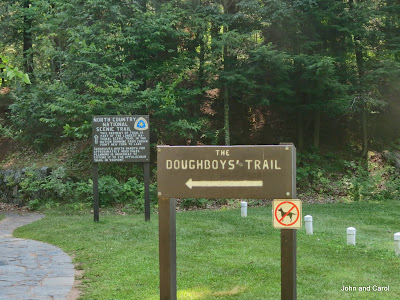 The trail crossed the Bad River. 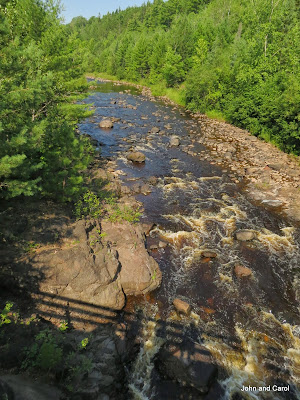 This is Copper Falls. Settlers in the area named the falls Copper for the color of the water. It isn't caused by copper or by iron ore, but by tannins from the trees in the area. 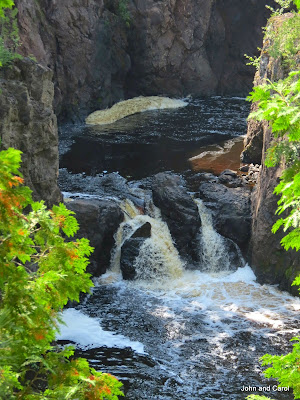 Next, we came to Brownstone Falls. 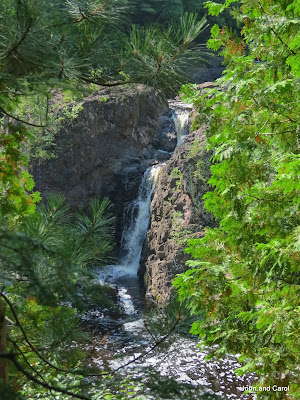 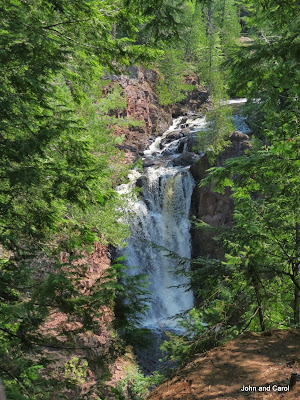 The trail passed through a beautiful forest. 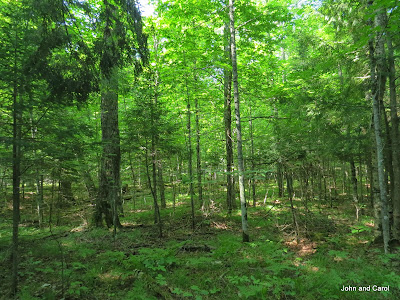 There is so much shade, the shingle roof of this shelter has grown a healthy covering of moss. 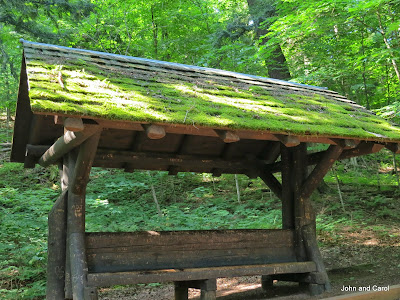 Here, you can see some of the work done by the CCC. There were lots and lots of steps! For there to be waterfalls, there have to be hills for the water to fall down, I guess. 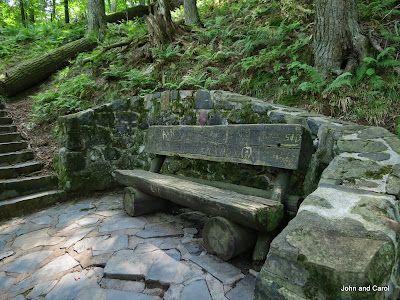 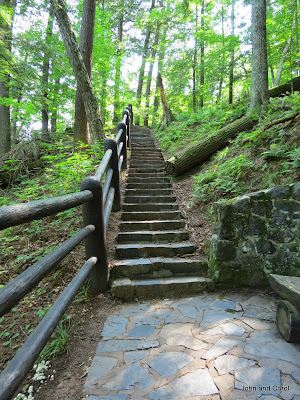 The river is placid at the base of one of the falls. 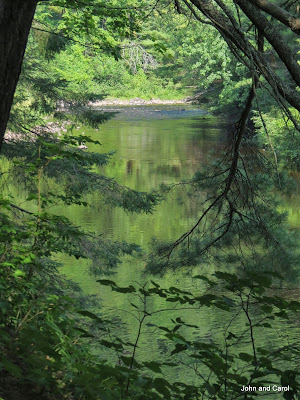 This is the observation tower. The only thing you can see from the top is the tree canopy, but we had to climb the 74 steps to the top to find that out. 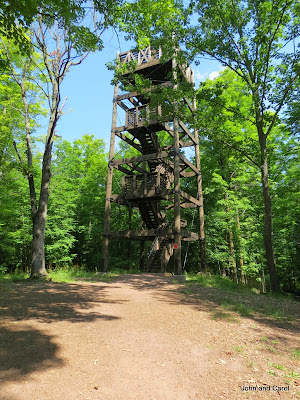 Here are several views of the Cascades area of the park. 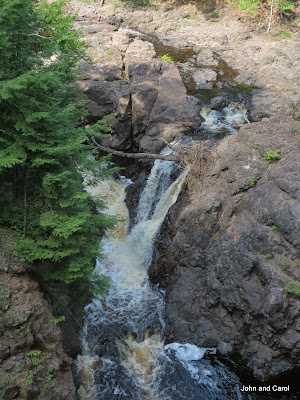 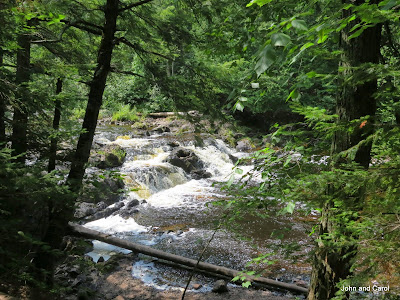 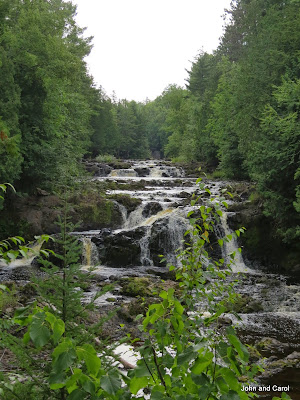 Finally, we saw some waterfalls! Even though the park is very busy and there were lots of folks on the trail, it was a great hike.
Posted by John and Carol at 2:01 PM