In 1874, the United States sent Lt. Col. George Armstrong Custer to explore the Black Hills in Dakota Territory and select a location for an additional fort to control the Sioux Indians in the area. At the same time Custer and the 7th Cavalry were scouting the territory, using the area around what would become the town of Custer as a base, civilians were scouring the area for gold. When reports were sent back east that gold had been found, settlers and prospectors flooded the area, increasing the conflict with the local Indians.

From our campground in Custer we could walk to Gordon's Stockade. A group of 28 people traveled west from Sioux City, Iowa, in search of gold. They eluded the US Army, which was trying to keep such people out of the Dakota Territory. In December 1874 they camped near what would become Custer and built a stockade, which was named after the group's leader, John Gordon. 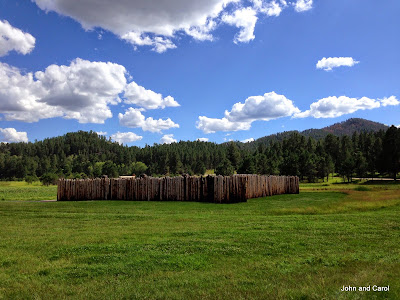 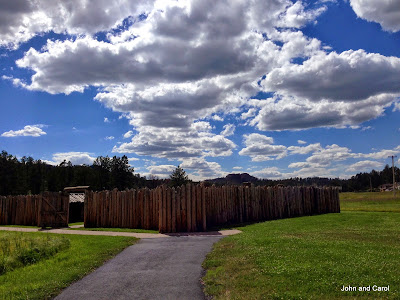 The stockade has been restored. The outer enclosure is new. One row of cabins inside are the original buildings. 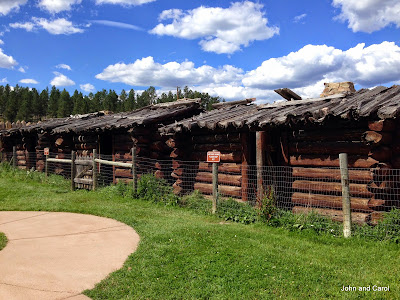 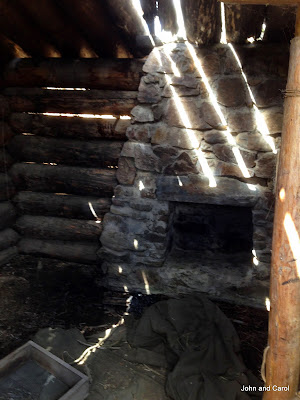 The other row of cabins are reproductions of the originals. 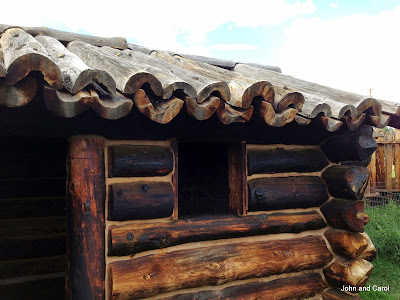 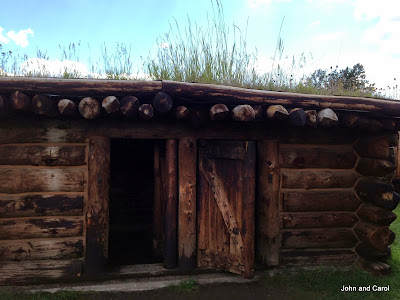 Wooden pegs hold sections together, such as this door. 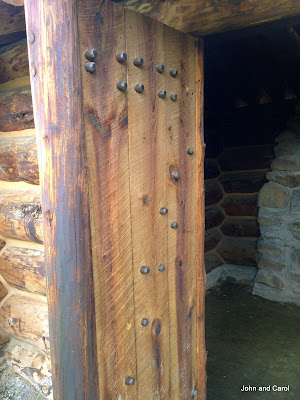 The outer wall of the stockade has gun ports. 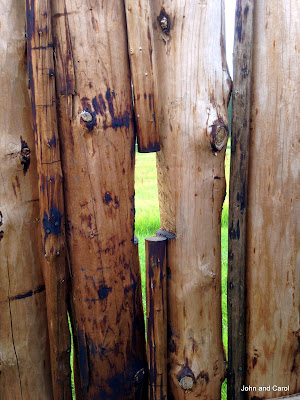 What interested me most were the cabin roofs. This is one of the original roofs. It has held up pretty well for 138 years. 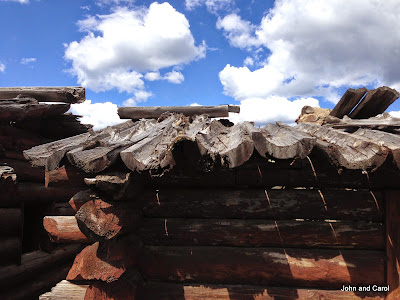 Here is the roof of one of the new cabins. In essence, the roof is built in the same way clay tiles are used as roofing. 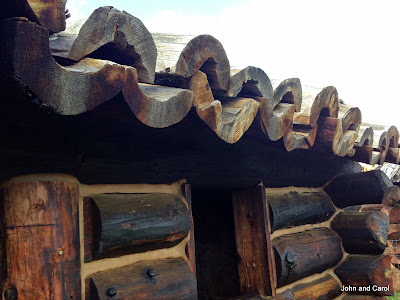 The area is rich in early settlement history.  Across the road from the stockade, an RV park has a circle of old wagons. 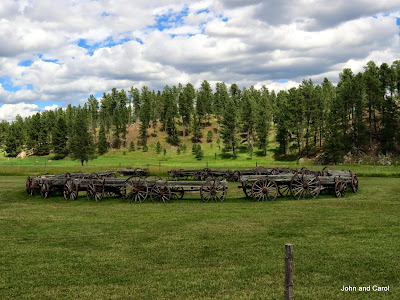 Several years ago, we volunteered for two months at a campground near Little Bighorn National Military Park, where Custer was soundly defeated. It was interesting to see a little of his earlier experiences.