Cedar Ridge Corps of Engineers Campground in Belton, Texas, is a great place to spend a few days. Belton Lake, which was constructed between 1949 and 1954 to provide flood control and water storage on the Leon River, is visible right behind our RV. 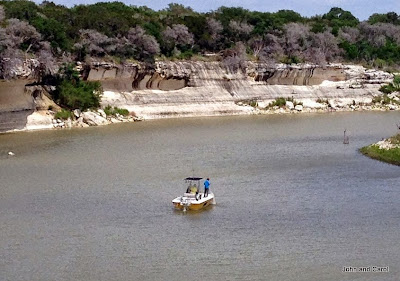 But we aren't here for the fishing. John's dad was born nearly 105 years ago at Evant, a very small town, now nearly abandoned, about 50 miles from here. This is the main street of town. 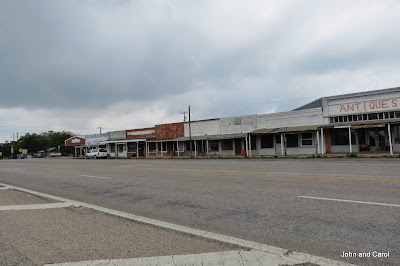 Texas has done a wonderful job of installing signs all over, tracing the history of the state. 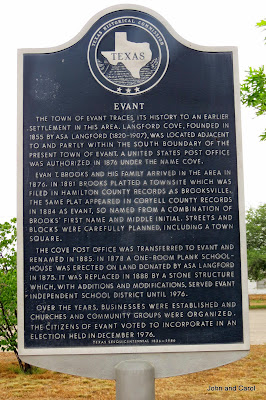 We had been here before, researching the family history. We are especially interested in two counties, Bell and Coryell, where John's grandparents and great grandparents had lived. In 2005, we spent time in the Bell County Courthouse in Belton. The counties in Texas take great pride in their courthouses and they are very attractive. 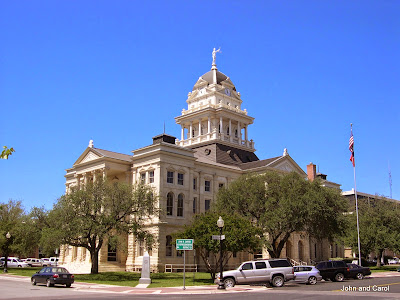 This year we also visited the Coryell County Courthouse in Gatesville. 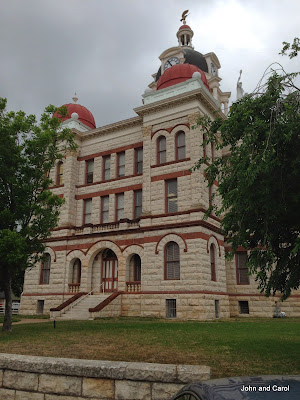 Today, we also visited the Lena Armstrong Public Library in Belton and the Belton County Museum. Yesterday, we drove around the area that was once the town of Moffat, which John's great grandparents, Daniel and Colista Wiswell, helped found in the late 1860s. The town was no more than 2 miles from our campground. 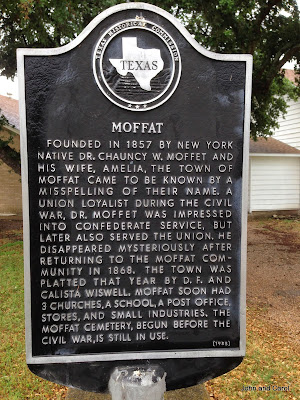 We also visited Evant and went to the Pearl Cemetery nearby. That is where Daniel Wiswell is buried in an unmarked grave and where John's great aunt Oshea Stevens is buried. 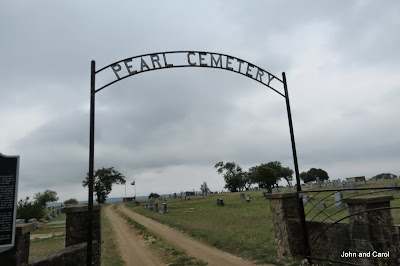 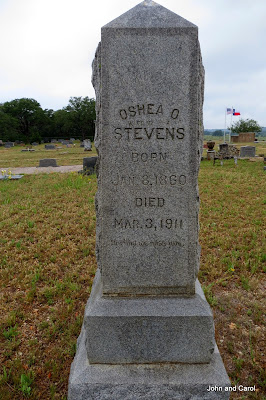 These communities are not tourist destinations, but places, and their histories, really come alive when you know some of the people who lived here 100 years ago or 160 years ago. Between the family ties and the fact we have volunteered over 7 months at two state parks and a US fish and wildlife area here in Texas, we really feel almost at home here.
Posted by John and Carol at 7:10 PM