Who would have thought an ordinary house like this could house so much disturbing information about the institution of slavery? 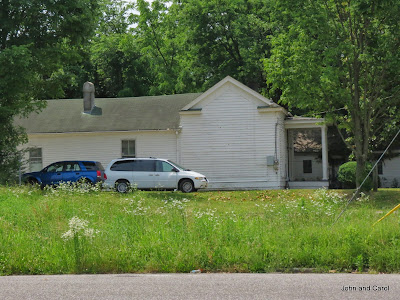 On Memorial Day we returned to Memphis to visit Slave Haven. 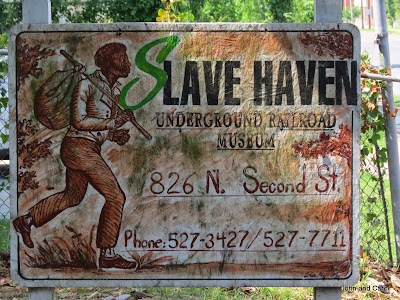 The tour leader/interpreter was very articulate, informed and interesting. We learned about how slaves were kidnapped in Africa, the conditions on the slave boats coming to America, the sale of slaves and their life as slaves. We also learned that the Amistad was not the only slave ship where the cargo mutinied. (The mutiny on the Amistad was portrayed in a book and a movie.) In fact, we were told that about 300 slave ships faced such mutinies. Slaves also frequently tried to escape from their masters in this country.

Memphis was a major slave trading city before the Civil War. And because it was located on the Mississippi River, many slaves escaping their captors passed through the city on their way to freedom. This house, built by German immigrant Jacob Burkle, was a way station on the Underground Railroad, the hidden or secret network of people and places where escaped slaves could get help on their way north to free states or Canada. After passage of the Fugitive Slave Act, which said escaped slaves could be seized, even in northern states where slavery was outlawed, and returned to their owners. So most escaping slaves headed to Canada.

No photos were allowed in the home, but we saw copies of ads to buy slaves and ads seeking runaway slaves. We saw where the people escaping would be sheltered in the basement or attic until a boat was available on the river to take them north. We also learned about the secret way slaves communicated--both through their singing and through quilts. If you are interested in the use of quilts to send messages, you might want to read Hidden in Plain View by Jacqueline Tobin and Raymond Dobard.

Last week, as we drove from Little Rock, AR, to the Corps of Engineers campground where we spent several days, we saw the devastation caused by the April 4 tornado that passed through that area. It really makes you respect the danger of such storms. Hopefully, we will never experience one, ouselves. 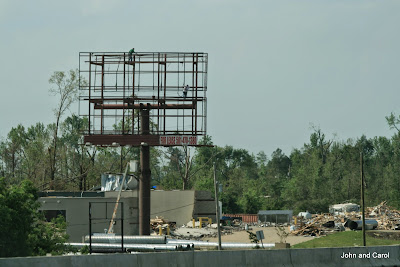 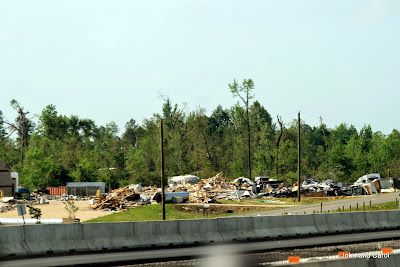 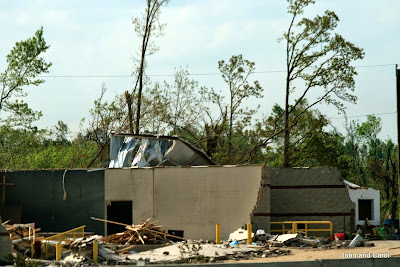 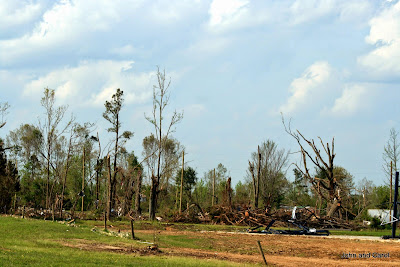 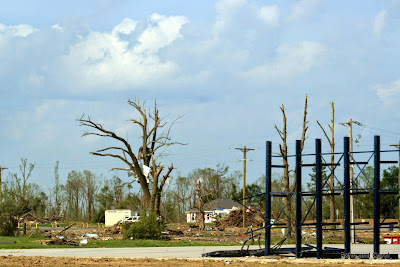 If all this isn't enough serious issues, now we are going to spend some time in Civil War battlefields.
Posted by John and Carol at 6:18 PM