Last week we visited Fredericksburg, a fun town in the Texas Hill Country that was originally founded by German immigrants. One purpose of our visit was to eat some German food, so we headed to the Auslander Biergarten Restaurant. The interior is decorated like what I imagine a German hunting lodge would look like. 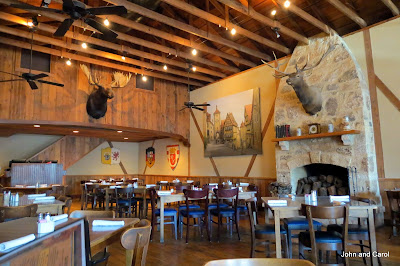 There was a large number of cuckoo clocks on the wall behind our table. Only two of the clocks went cuckoo on the quarter or half hour, thank goodness. 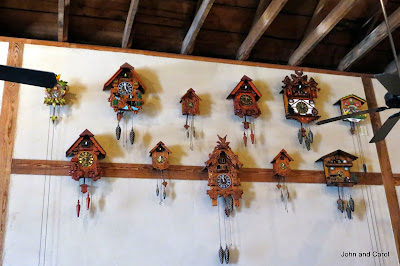 I ordered jager schnitzel (made with pork, in case you didn't know) and John had chicken schnitzel. Mine came with red cabbage and potato pancakes. John had hot potato salad and green beans with his. The food was very good and we were stuffed by the time we cleaned our plates! 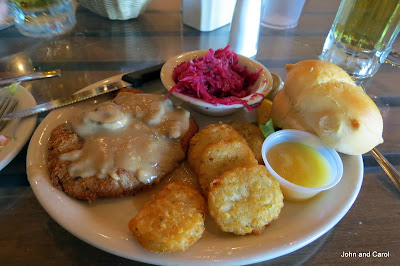 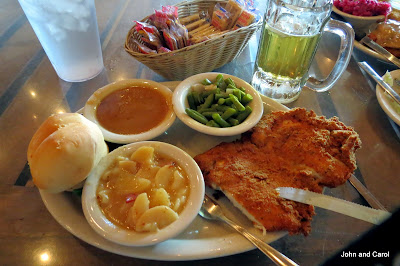 The main street of town has lots of attractive, old buildings. 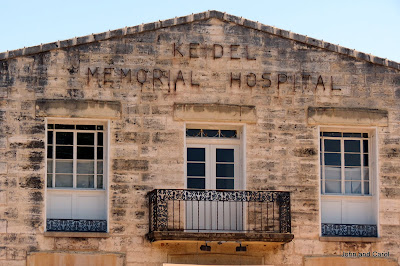 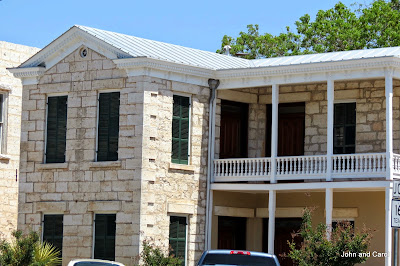 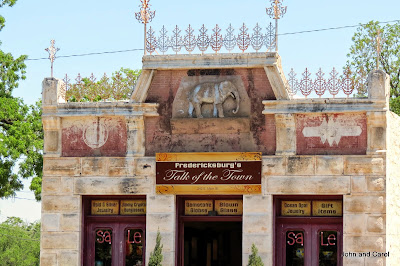 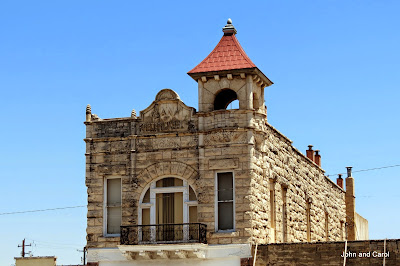 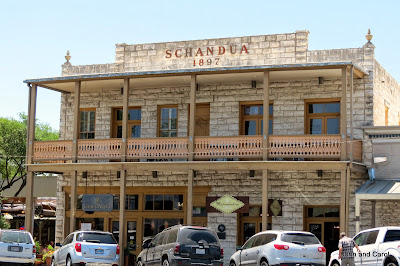 As you can see, the Palace theater no longer shows movies. 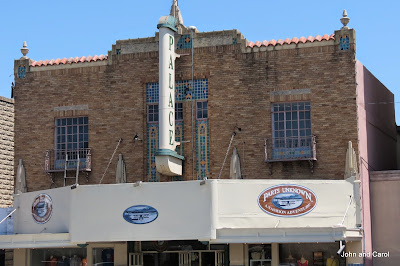 It's hard to find a 5 cent store these days. 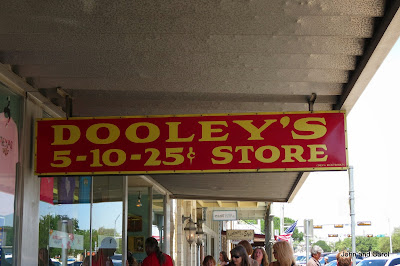 Is was easy to see this store sells boots. 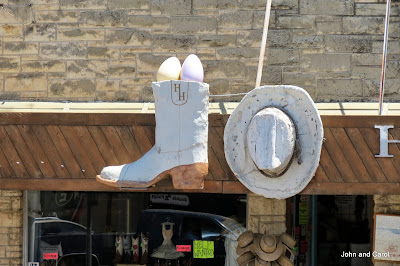 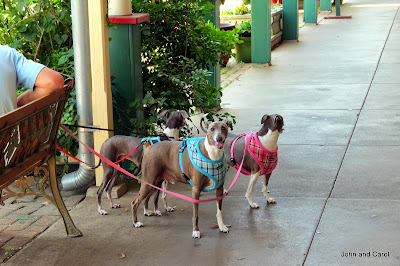 There is an old water wheel in the center of town. 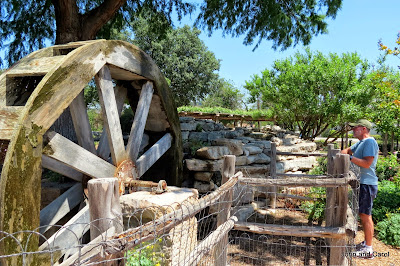 Nearby is this statue of John A. Meusebach, founder of Fredericksburg, and Penatuka Comanche Chief Santanna. On May 9, 1947, Meusebach and more than 20 Comanche chiefs signed a treaty and shared a peace pipe. This is the only known treaty with Native Americans in the U.S. that was never broken. The statue was dedicated on thee 150th anniversary of the treaty. 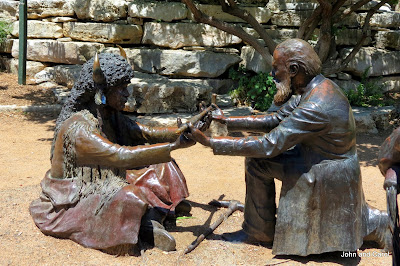 This bench might be comfortable for two people, but a third would be very uncomfortable. 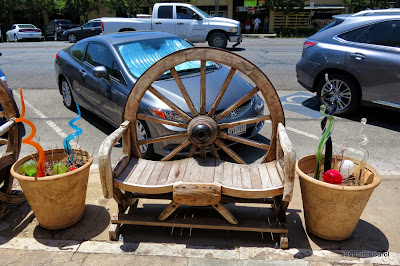 We did buy something in Fredericksburg--a pair of place mats to use in our RV home.
Posted by John and Carol at 2:05 PM