The National Archives operate 15 US Presidential Libraries. Three of those libraries are in Texas. In the past, we visited two of those, the Lyndon Baines Johnson and George H. W. Bush libraries. We have also visited the libraries of Ronald Reagan, Richard Nixon, Harry S. Truman, and William J. Clinton. 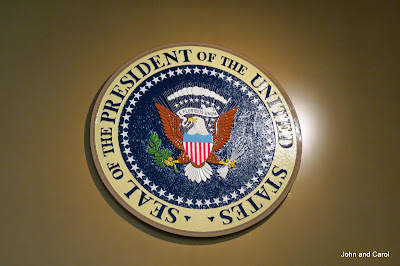 This trip, we headed to Dallas to visit the George W. Bush Presidential Library and Museum. 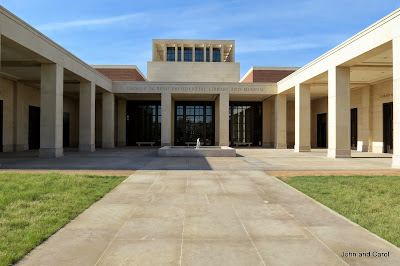 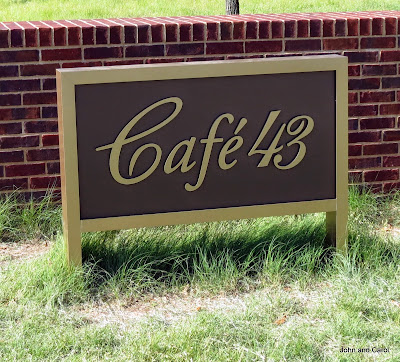 Each time we have visited one of the libraries, we have learned a lot we weren't aware of before and came away more impressed with the men who have been elected to the highest office in our land. Even the men who we previously knew mainly for their failings. George W. Bush's (Bush 43) time in office was the first time we had really paid attention during all 8 years, beginning with hanging chads in 2000. I don't know that we really learned anything new, but we came away with our affection and respect for him strengthened.

There were, of course, steel beams from the World Trade Center 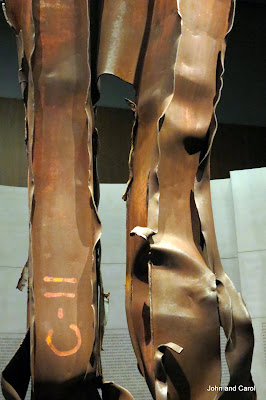 And a room presenting the president's diary for the rest of September 2001. This was the part of his time in office that all of us remember. We know where we were when the towers fell and we could and can appreciate what must have been going through his heart and mind as Chief of Staff Andrew Card leaned down to tell him about the attack while he was making a visit to an elementary school and a teacher was reading a book to a group of school children.

Not everything was that serious. We saw a series of photographs of the president playing around and joking with his children. And there was a statue of two of the Bush's dogs. 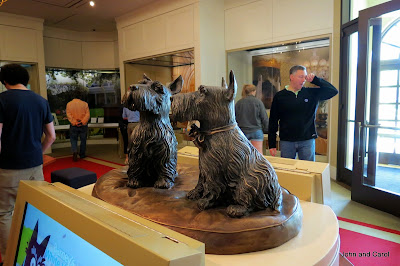 We caught a glimpse of a state dinner. 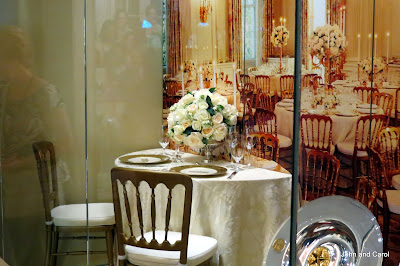 This painting was a gift from the crew of Marine 1, the president's helicopter. It depicts the Bush family dog Barney looking out of a window in the White House as the helicopter arrives. 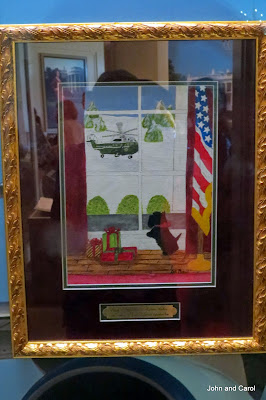 President Bush is an avid mountain biker and he has sponsored annual rides for wounded veterans of Afghanistan and Iraq. This picture was taken as he was helping one of those wounded warriors during one of those rides. 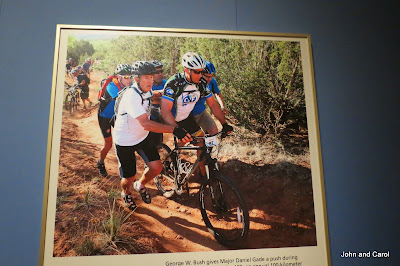 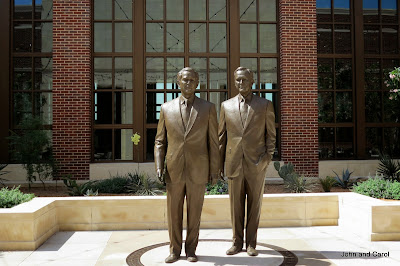 Since leaving office, President Bush has taken up oil painting. One room was devoted to some of his paintings of foreign leaders he got to know during his years in office. The exhibit focuses on the role of personal relationships in international relations. This painting is the prime minister of Australia. 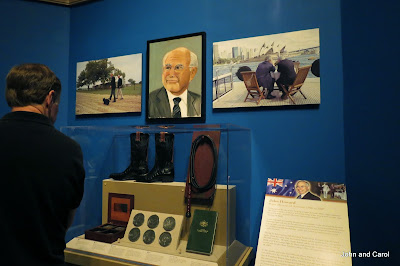 When the prime minister of Japan visited Washington, the president asked him what he would like to see while in the United States. Being a big Elvis Presley fan, he asked to see Graceland. So President Bush took him there. I love this photo of the two of them playing guitars there. 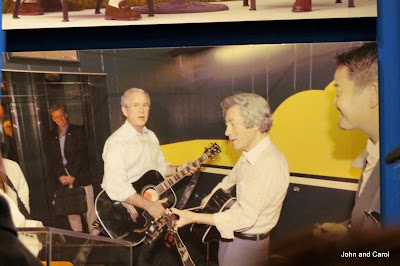 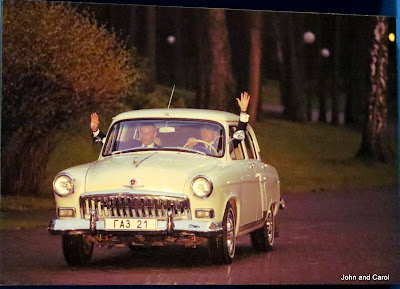 President Bush and President Kharzi of Afghanistan met a number of times. 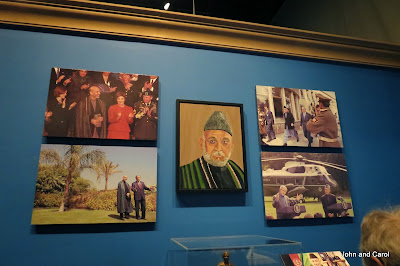 Presidents receive many gifts. Look closely at this display of some of the gifts from people in this country. Note the dog dish. 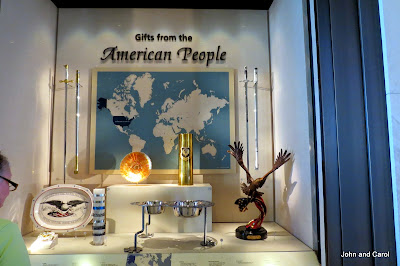 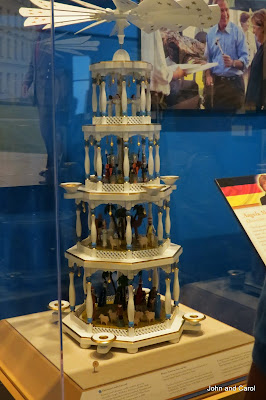 Maybe one reason presidents have presidential libraries is so they have somewhere to put gifts like this lion, which came from Tanzania. 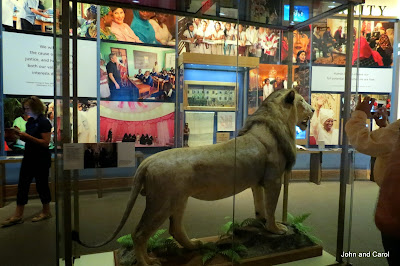 This quote is from President Bush's farewell address on his last day in office in 2009. 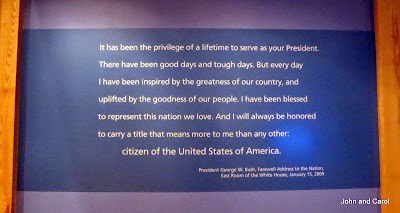 The Bush Library is right in the middle of Dallas on the Southern Methodist University campus. Next door, there is a wildflower garden that is full of beautiful flowers and lots of birds. It is a welcome oasis in the middle of the city. 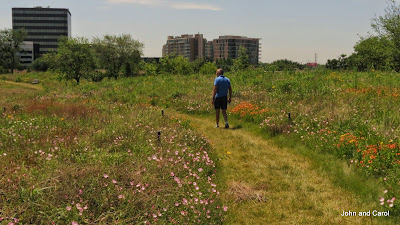