One of the major battles of the American Civil War was fought April 6 and 7, 1862, along the Tennessee River and around the Shiloh Methodist Church. Today we visited the Shiloh National Military Park. More than 23,000 casualties were suffered by both sides, with 3,482 dead. The battle was the single largest one fought on US soil up to that time and signaled the change in fortunes for the Confederate Army. It was the first large Union victory. When we visit a national park, we almost always watch their introductory video first.  The Shiloh movie, Shiloh, Fiery Trial is 45 minutes and worth it. It provides a wonderful overview of the battle and the people involved. If you go to the park, don't miss it.

There is no way I can explain the battle to you. You can learn more about it online. But if you have never visited a Civil War battlefield park, I can give you a feel for what there is to see.

The National Cemetery, where most of the Union dead were buried, is right behind the Visitor Center. 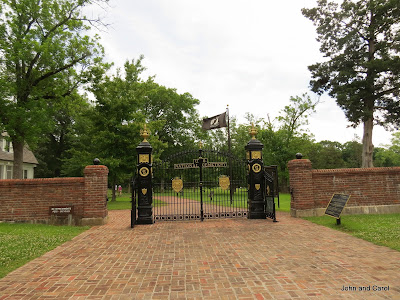 If you click on the photo below, you can see that some graves are marked with the soldier's name but many have only a square stone with a number. Those bodies were unidentified. 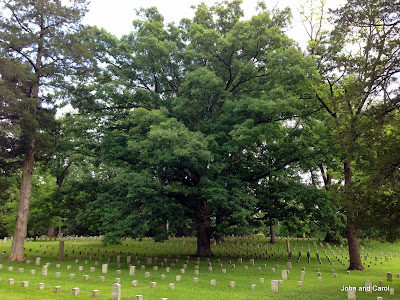 Every Civil War battlefield we have visited is dotted with numerous monuments, many funded and placed by friends and veterans' groups from the states that sent soldiers to fight. Other monuments, like the ones below, are for field officers and their commands. This one names Brig. Gen. W. H. L Wallace, commander of the 2nd Division of the (Union) Army of the Tennessee. 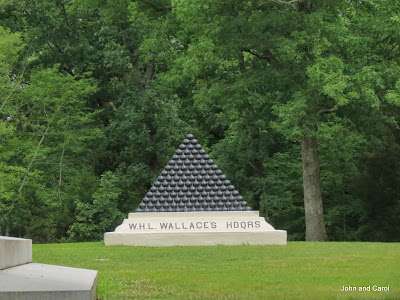 This one honors Gen. Albert Sidney Johnston, commander of the (Confederate) Army of the Mississippi. He was killed during the battle. To this day, he is the only American general killed in battle. 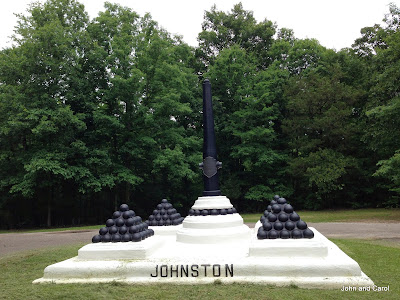 Numerous monuments commemorate the troops from various states that fought and died. Below are ones from Arkansas and Illinois. 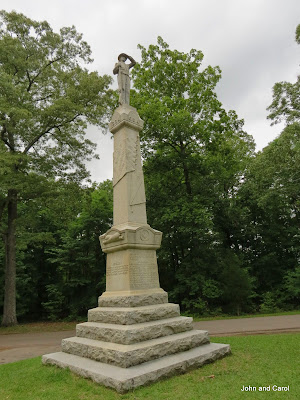 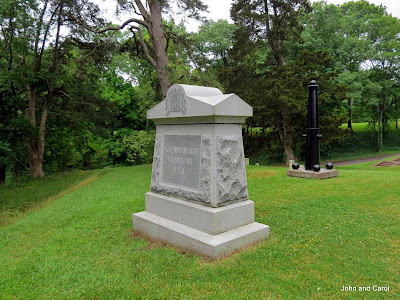 Confederate soldiers killed during the battle were not buried in the National Cemetery. After the battle ended, they were buried by Union soliders in several mass graves, like this one. 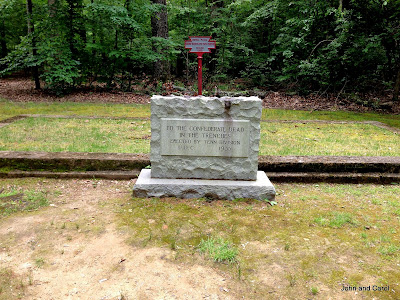 The United Daughters of the Confederacy raised the funds for this beautiful monument honoring all the confederate soldiers who died in the battle. 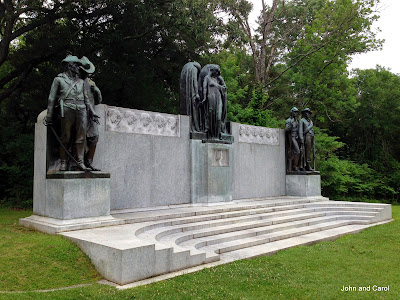 The wooden Shiloh Methodist Church was at the center of the battle, used to house the wounded and as Confederate headquarters for a time. This building is a carefully reconstructed reproduction of the original church, using local 150-year-old hand-sawed timbers. 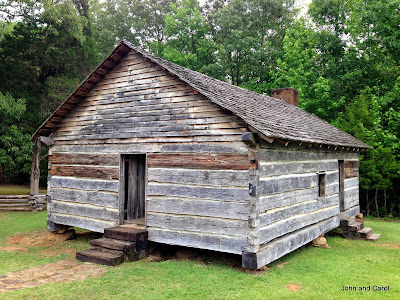 The cemetery at the church, which was established in 1851, is still in use today. It feels strange to see the battlefield signs describing troop placement located among the gravestones. 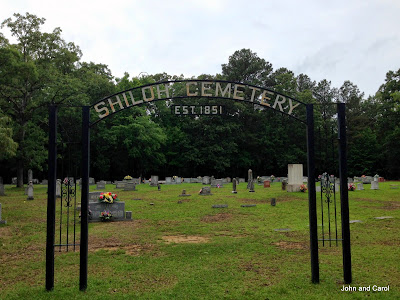 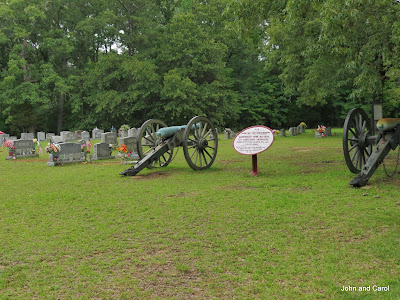 There must be many surviving canons from the Civil War period. They are placed at numerous location on the battlefield to indicate where artillery batteries were located. 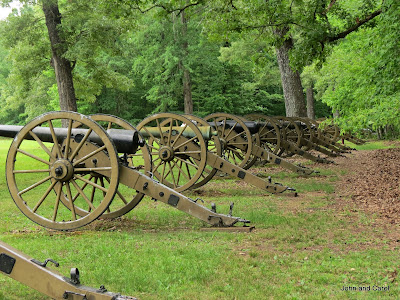 The battlefield was also a good place to listen to birds. If I could identify birds by their songs, I could tell you what we heard. We did see a large American Bald Eagle nest. One eagle was perched nearby and the other parent is feeding the young in the nest. I was told that bird had just flown in with a catfish. 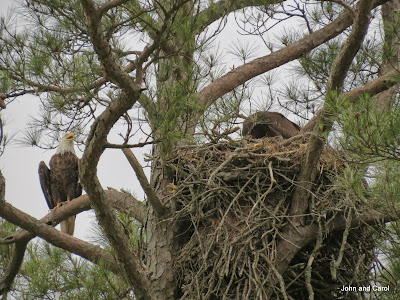 We are parked at the Parkers Crossroads RV Park, about 50 miles from Shiloh. Almost no part of Tennesse was spared from fighting during the Civil War and the visitor center for the Parker's Crossroads battlefield is less than a mile from the campground. 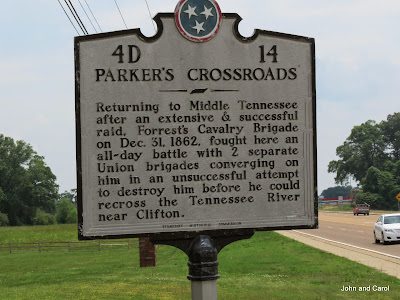 In the Visitor's Center, we learned about General Nathan Bedford Forrest, a Confederate cavalry officer who caused untold problems for the Union. He won here and escaped across the nearby Tennessee. 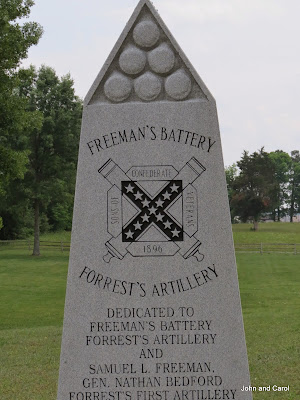 We walked a path through part of the battlefield. 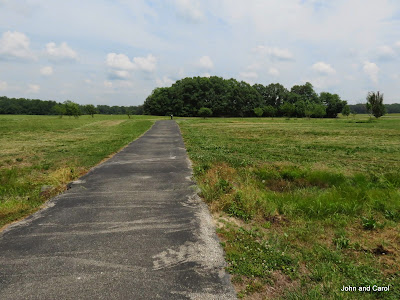 And found yet another canon. 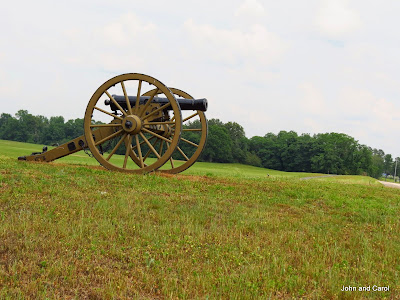