We've been exploring some pretty serious stuff recently, so Sunday we went to downtown Memphis to just relax and see the sights. We enjoyed the time. As we walked down main street, we saw lots of pretty and interesting things, like this alley or courtyard. 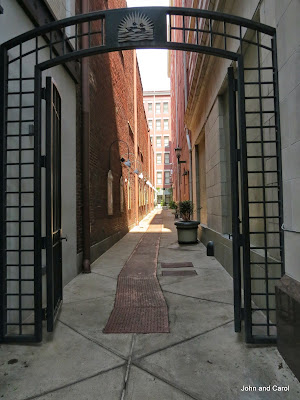 Many signs were interesting or colorful, like this one for a New Orleans restaurant. 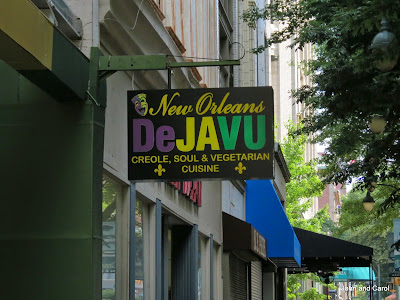 How about this sign on a store that sold exercise balls? 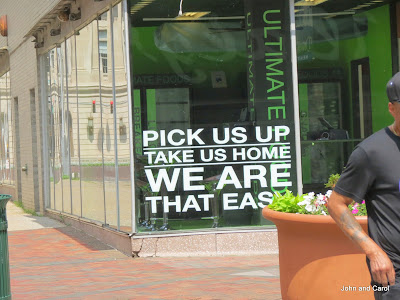 How do you write with this pencil? 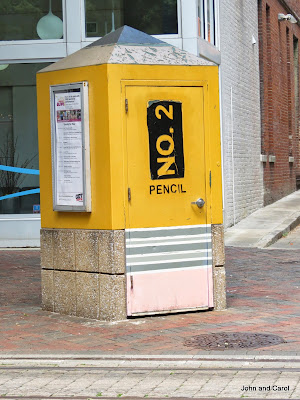 We walked to Court Square, a little oasis in the middle of downtown that reminded us a little to Savannah, Georgia. 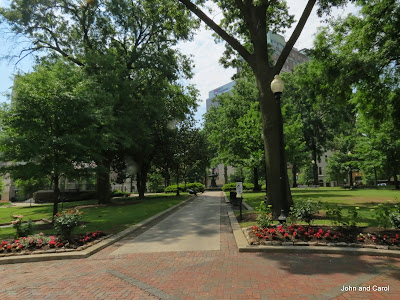 There was a nice fountain in the center. 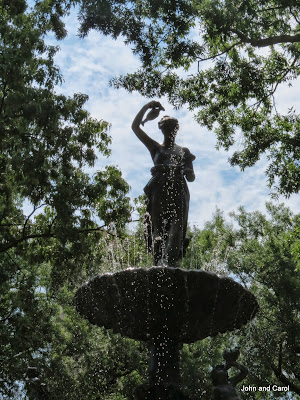 We saw a number of city dwellers taking their daily run on downtown sidewalks and one man was laying on the lawn in the square, doing his exercises.

The Main Street Trolley ran on tracks in the middle of the street. There were many different kinds and colors of trollies. You can click on the collage to see them better. 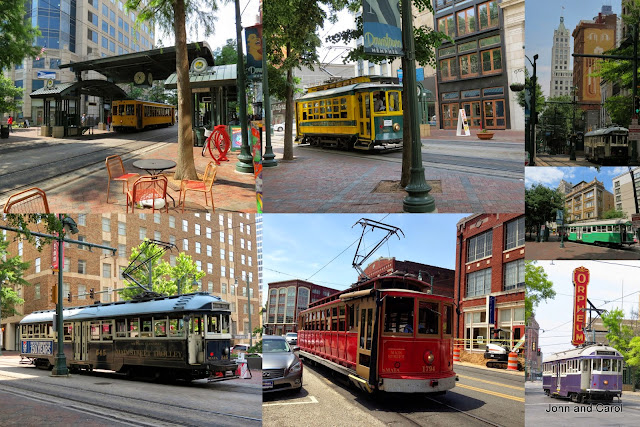 On the way from Main Street to Beale Street, we saw The King, Elvis himself--or at least a good statue of him. 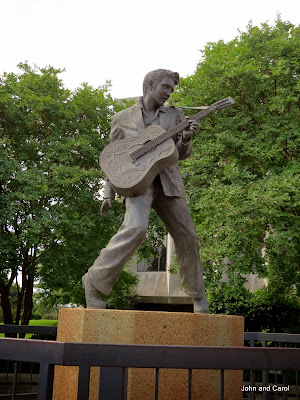 Memphis calls itself the home of the blues and the birthplace of rock and roll. Beale street is where much of that music was developed. It is quite an experience, even late Sunday morning. There are lots neon signs and memorabilia of the 1950s and 1960s. 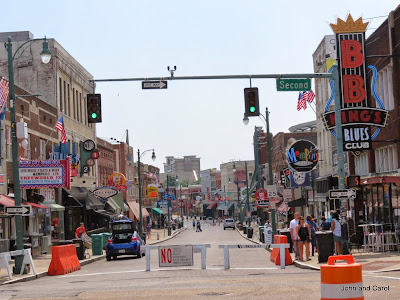 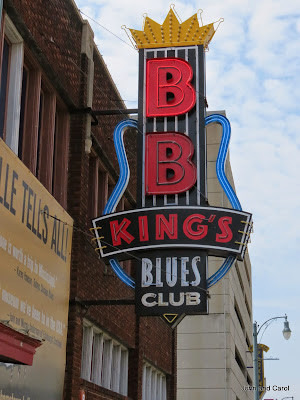 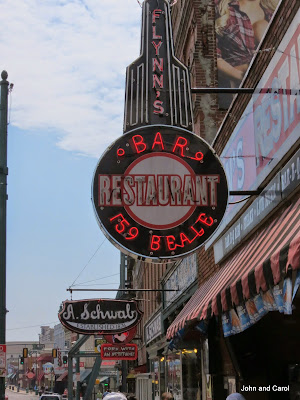 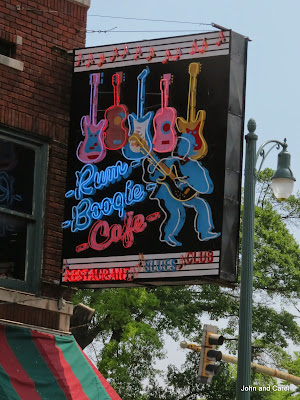 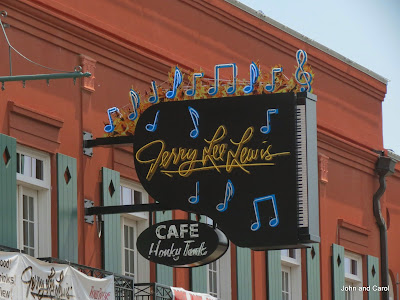 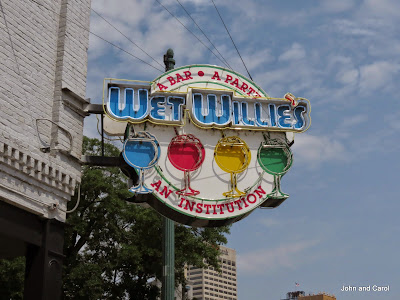 How about a toilet seat with a pink Cadillac  on the cover? 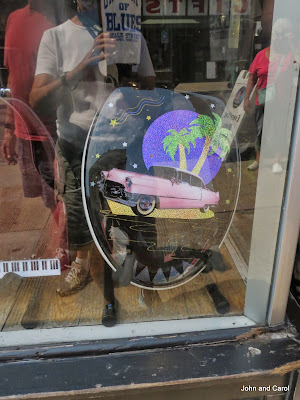 Or a Chevy Bel Air pink and white convertible? 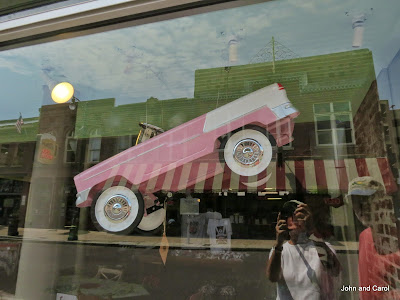 Memphis barbeque is all about pork. The Pig is a Beale Street restaurant and they have won lots of BBQ contests. 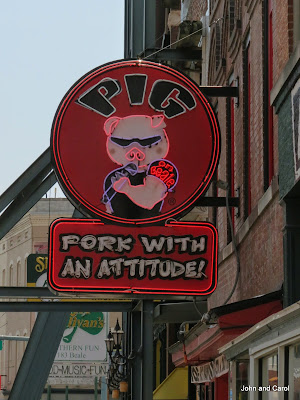 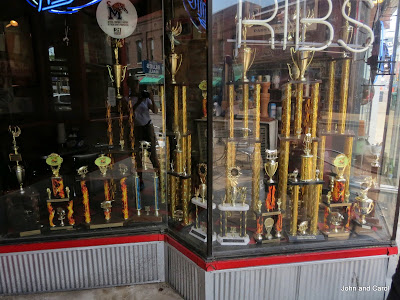 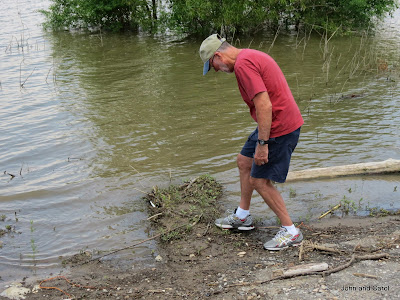 We even went bird watching in Memphis---indoors! We went to see the Peabody ducks. 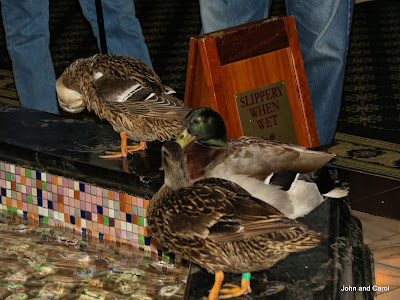 And we weren't the only people watching. 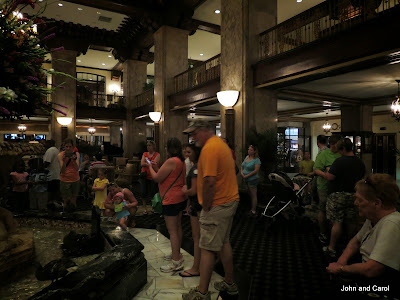 The ducks spend their day in the beautiful lobby of the grand old Peabody Hotel. 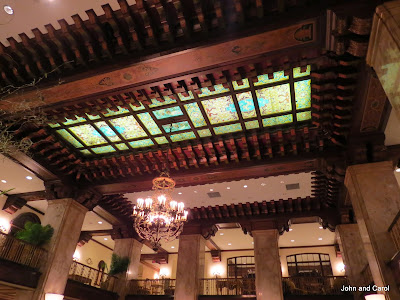 To learn more about the ducks, click on Peabody Ducks.
Posted by John and Carol at 1:44 PM