We Used to Live Here

It was a trip down memory lane Tuesday as we drove over Berthoud Pass and Trail Ridge Road in the Colorado mountains. We were in search of fall colors, but that will be covered in another post. Our route took us to places we enjoyed during the four years we lived in Grand County in the late 1980s where John had his first two churches after ordination in the Episcopal Church. Even though living 70 miles from Denver had its challenges, the scenery was always spectacular. 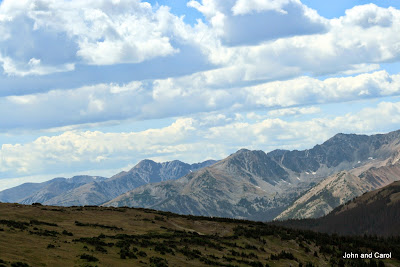 Our route took us west on I-70 to US 40 and over Berthoud Pass into Winter Park. Then we drove on to Granby. We saw one of the two Episcopal churches where John served, St. John the Baptist in Granby. 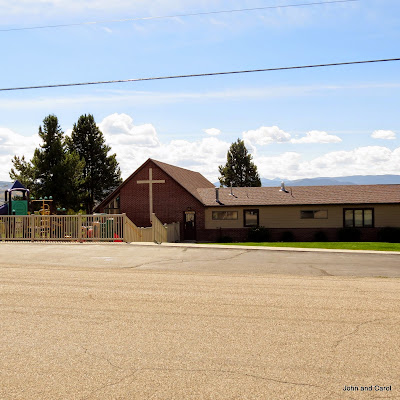 We didn't go on to Kremmling and Trinity Episcopal Church. We did see two chapels where he conducted mid-week services, St. Anne's Roman Catholic Church in Grand Lake and Cranmer Chapel in Winter Park. In small communities like Grand Lake and Granby, church buildings are shared by more than one denomination. The Catholics used St. John's for services just like we used their Grand Lake building. 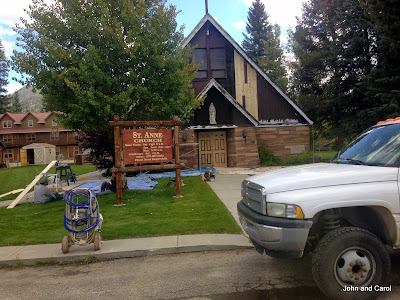 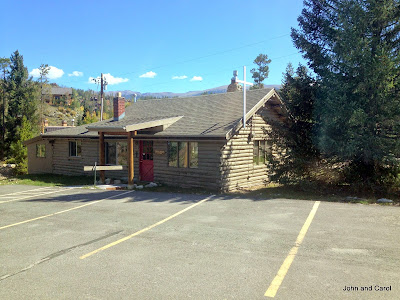 We saw the house we rented in Granby. We didn't have snowmobiles or all that stuff outside the garage! 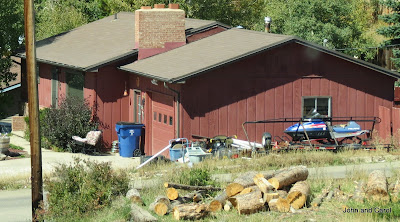 On our way from Granby to Grand Lake, we had a picnic lunch in Stillwater Campground on the shore of Granby Lake. Can you ask for better scenery during lunch? 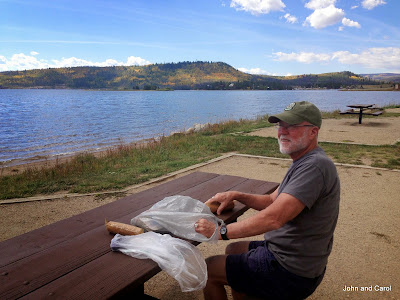 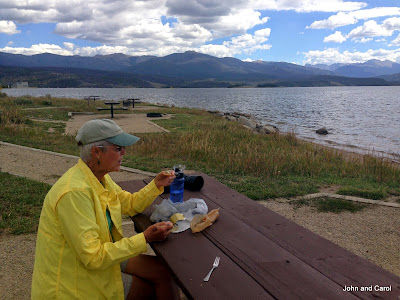 When we lived here, John celebrated Holy Communion early Wednesday evening in Grand Lake during the summer months. Often we would then take a picnic dinner and go fishing before returning to our house in Granby. We have great memories of our time there.

From Grand Lake, we headed into Rocky Mountain National Park, driving over Trail Ridge Road toward Estes Park. This is the view of the road we had on our GPS. 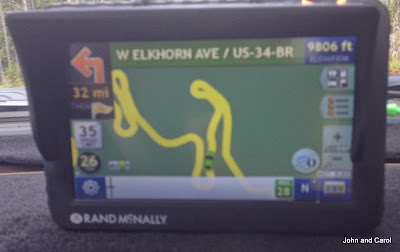 We crossed the Continental Divide on Milner Pass along Trail Ridge. The elevation there is 10,759 feet above sea level. 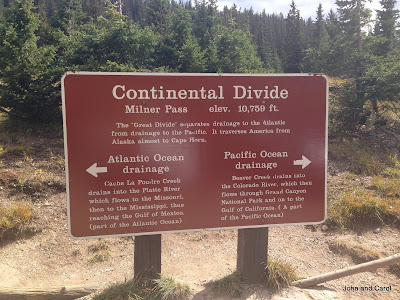 Trail Ridge Road tops out a thousand feet higher at 11,796 ft. There is a foot trail from the parking lot where those who have to go even higher can hike. 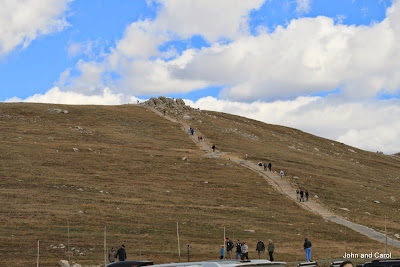 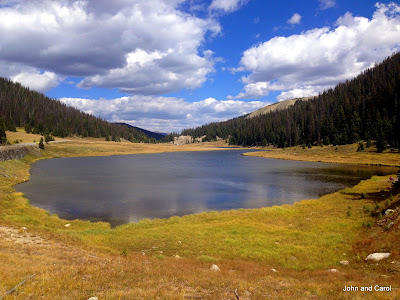 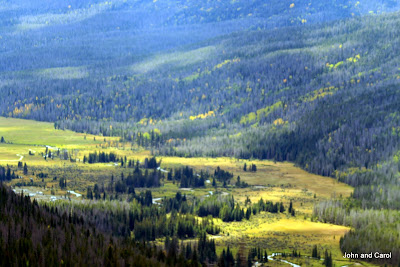 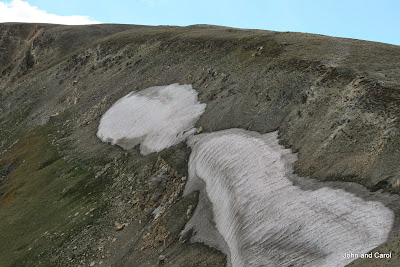 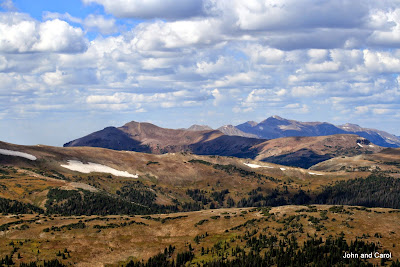 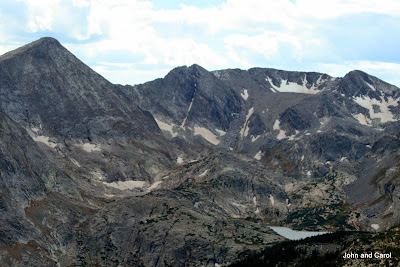 Pine beetles have killed large swaths of the evergreen forest. 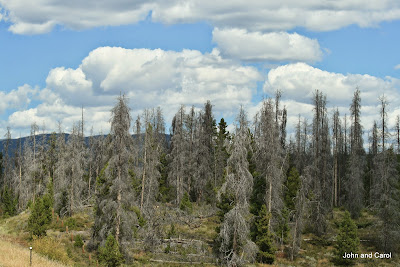 This photo is blurry, but it shows what the mountain sides looked like when we lived in the area. 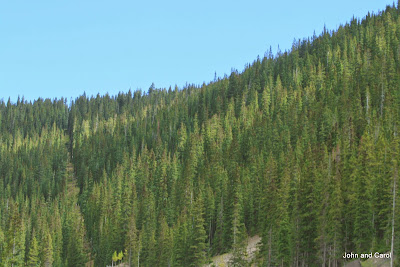 It is summer, so there was road construction--they were repaving--so we had one long line of stopped traffic. We were passing through a narrow road cut at the time. 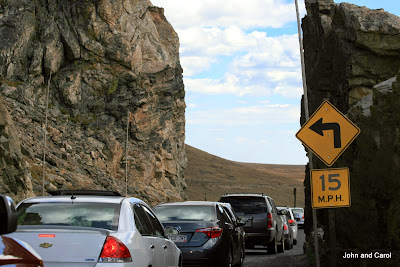 Summer doesn't last long at 10,000 feet and above and Trail Ridge Road is closed by snow for many months. They are already preparing. See this poles along the edges of the road? This will guide the snowplows next May as they try to clear the road by Memorial Day Weekend. The poles are that tall so hopefully they are higher than the snow drifts. 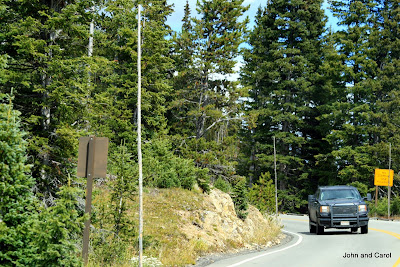