We spent a month in our home state of Colorado, visiting family and friends, having medical appointments and meeting with our financial adviser. We had at least one thing to do, often more, each day we were there, it seemed. As we headed south, beginning our trip to Arizona, we spent two nights in Pueblo, near Canon City where one of John's sisters and his brother live. We had seen his other sister during our time in the Denver area.

As we pulled into our RV site, John's brother Tim and his wife Diane drove in, too. As soon as we finished setting up, they came in to see our RV home for the first time. We had a delightful time talking to them for a couple of hours before they headed back to Canon City. 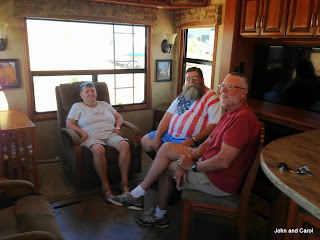 On Saturday, we drove to his sister Kendal's house where we visited with her and her husband John before the rest of the family arrived. We were fortunate to be able to see all three of Tim's children and six of their grandchildren, as well as Kendal's son. I was able to get a photo of all but one of the grandchildren present. (Sorry, Andre, I missed you).

Here are all the adult men but one at the party: John, Mike, Todd, John, Tim and Mark. (There are lots of people named John in our family.  We saw the other two while we were in Denver.) 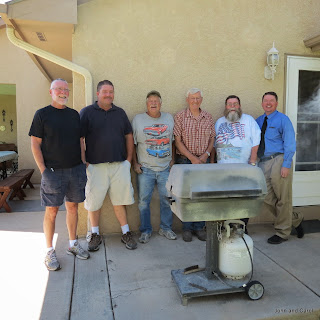 Mike with the other male adult, Megan's husband Gabe. 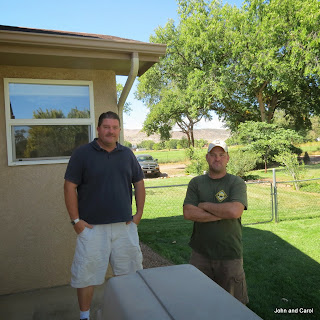 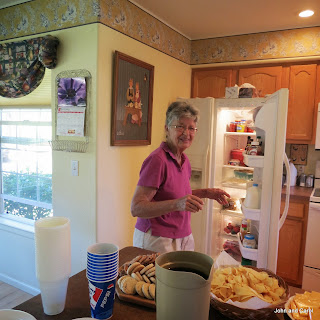 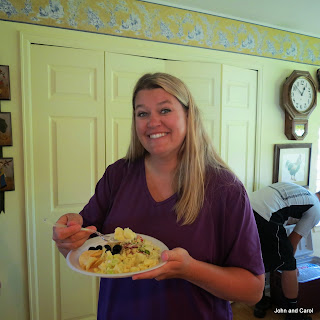 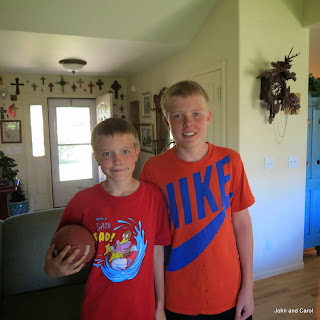 Here is Megan's son Devin, who goes into the US Marine Corps next summer.  In the next photo are Megan's son Jarid and daughter Victoria. Daughter Jordan wasn't with us. 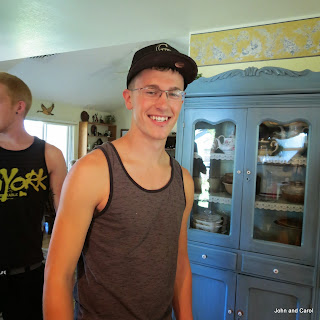 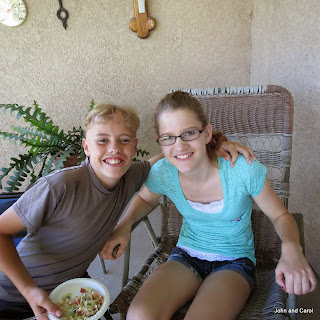 We didn't see all of our family while we were in Colorado. We missed several of Kendal's and Cindy's children during our busy month. But we only see most of these folks once a year, so it was really good to spend time with them.
Posted by John and Carol at 1:52 PM