We have been all around the edges of Denver in the past month.  Yesterday, we decided to take the light rail into downtown Denver.  Since no parking was available at the station closest to Cherry Creek State Park, we drove down to the Broadway station. 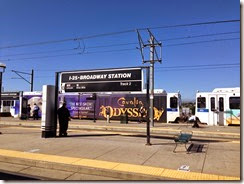 It took a little while to remember how to purchase our tickets.  We used to use the light rail frequently when we lived here all the time. 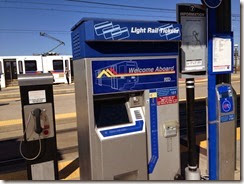 The first train that came along was headed to Union Station on the west end of downtown.  Since we hadn’t been there in years, we decided to take it.  The train wasn’t crowded at about 10:30 am. 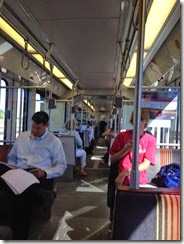 Like you see in many big cities, Denver Union Stations is an imposing structure, both outside and inside. 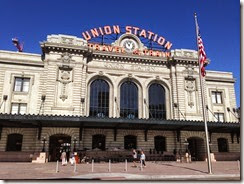 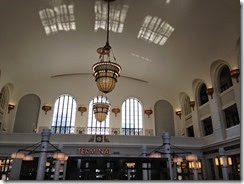 If any of you remember the old wooden benches in the main room, look at how the seating and ambience have been updated in recent years. 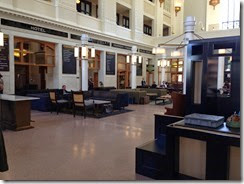 After getting a quick bite of lunch (not cheap, even though it was already prepared sandwich and salad), we walked east on the 16th Street Mall. 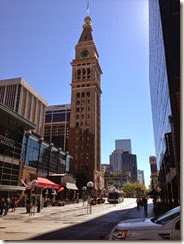 In 1910, when the Daniels and Fisher tower was built, it was the highest building west of the Mississippi.  John’s eighth grade sneak trip included a ride to the top of the tower.  That was way more recent than 1910, probably 1958.
Denver is proud of being called a cow town, even if the label is meant as an insult.  Cattle have been an important economic enterprise in the state for many decades.  The National Western Stockshow is held in Denver each January and is one of the major stock shows in the country.  We found two painted cows downtown. 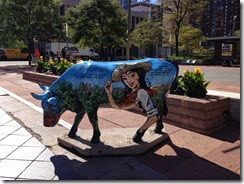 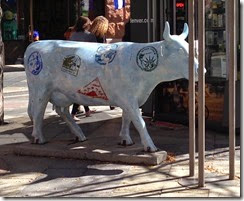 In most big city downtown areas, you can find buskers, individuals or groups performing music in hopes of receiving tips.  On the 16th Street Mall, they have some help from the city in the form of pianos located in several places. 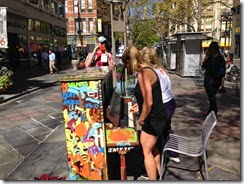 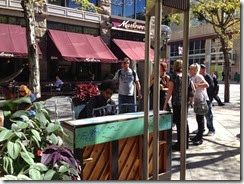 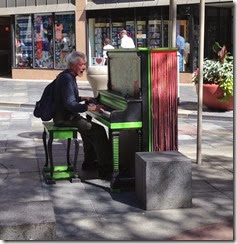 There are interesting reflections and statues around the Sheraton Hotel. 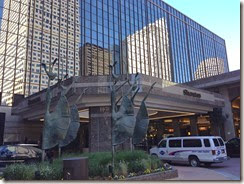 Our journey took us into Civic Center, the park area between the Denver City and County Building and the gold-domed Colorado State Capital. 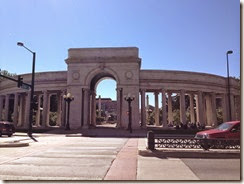 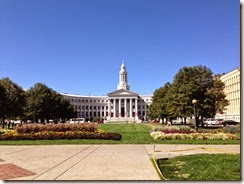 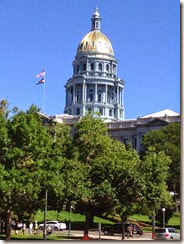 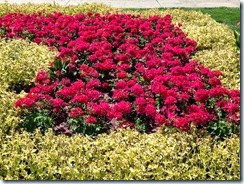 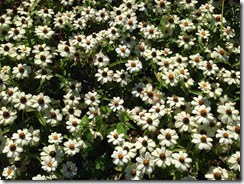 We had a great walk, ending up at the new Colorado History Museum.  More on that in another post.
Posted by John and Carol at 3:06 PM