While we were in Nashville, we toured three historic mansions. The Hermitage, home of Andrew Jackson, our seventh president, was the first one. Photography was not allowed inside the home. This is the front of the large home, remodeled following an 1834 fire to look like a Greek Temple. The driveway is lined with trees and it is difficult to see the building until you reach the front entrance. 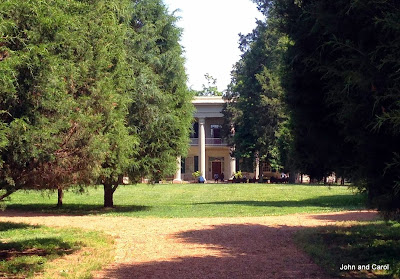 A view from the back gives you an idea of the size of the home. 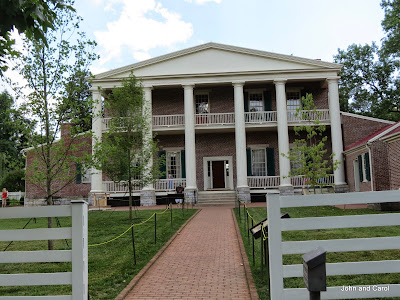 Wallpaper inside was chosen by Jackson's wife, Rachel, and depicts a story from Greek literature. Her love of things Greek led to the design of this gazebo, located in the garden and containing Rachel and Andrew's graves. You can learn more about the house on this web site.

The Hermitage is surrounded by beautiful grounds. 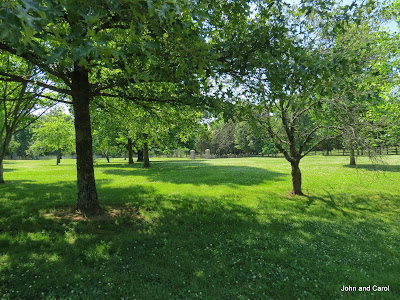 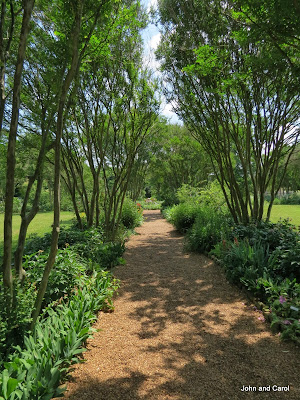 The garden is wonderful. 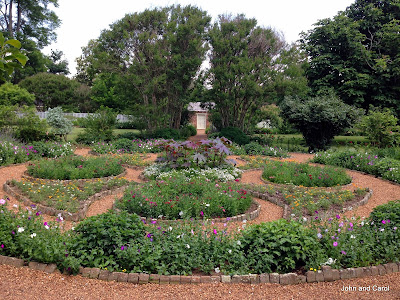 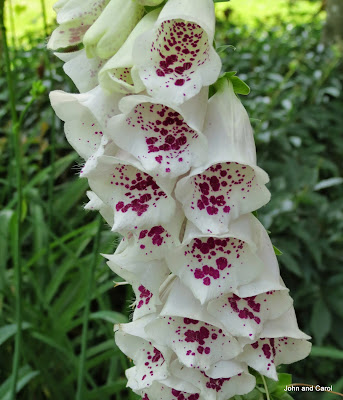 I learned American history in the late 1950s and early 1960s and it didn't focus on the Civil Rights movement. What I knew about President Jackson was his appeal to the common man and the fact that those common folk celebrated in the white House at his inauguration in such a rambunctious manner that the Washington elite were shocked and appalled. While touring the museum and mansion, we learned a lot more about the man.

He owned slaves, not surprising in Tennessee in the 1820s and 1830s, and considered them part of his family. He demanded that his slaves be treated well--if they did their work. If they disobeyed or escaped, the punishment was harsh. When the slaves were emancipated during the Civil War, most of the Jackson slaves left the family.

On the grounds, we were able to tour the slave housing area. 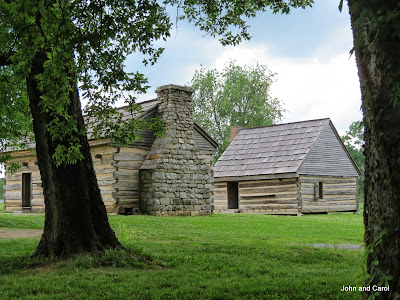 We could see the root cellar under one of the slave cabins. It could be used to store vegetables and also to hide belongings from the slave overseer. 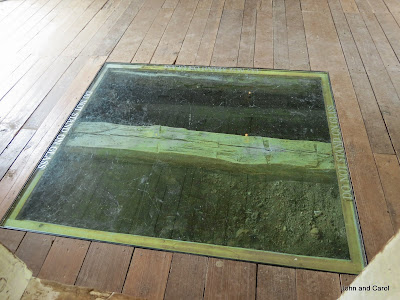 At least one of the former slaves, a man named Uncle Alfred, did not leave after the Civil War and he was still living at the mansion in 1889 when it was first opened to the public. He was the first tour guide there. His grave is also located in the Hermitage garden. 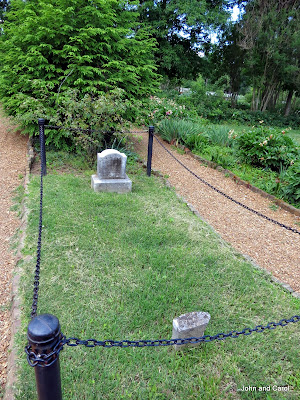 His cabin has been restored and we were able to take of picture of the interior. 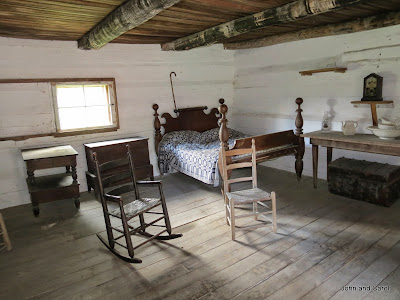 President Jackson was responsible for removing Native Americans from areas of the south such as Georgia, leading to the Trail of Tears. Obviously, his interest in the common man was limited to the white common man.

On another day, we toured two homes associated with Civil War battles. I will write about those in another post.
Posted by John and Carol at 8:47 AM