Making the Best of It

Things weren't quite as dire as that blog title might suggest.

We were 42 miles into a 46-mile drive to the Shaker Village of Pleasant Hill, driving the two-lane roads of rural Kentucky southwest of Lexington, when we came to two highway workers. They gave us this map, showing how we could drive around a rock slide near the Kentucky River that had closed the road we were on. 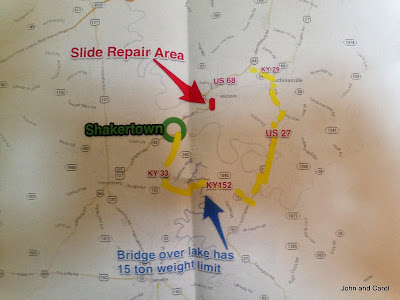 Since we weren't sure our GPS would be able to follow the detour, we headed back to our RV park.  John was disappointed in what had happened, so he decided to find some more tourist stops.   The first thing we found on the GPS was the Wilmore Rail-side Museum. 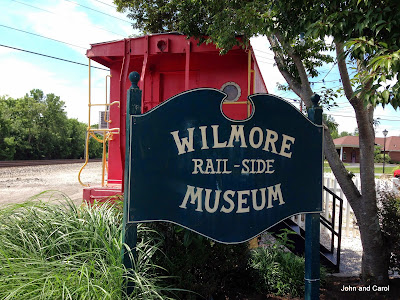 What we found was an old caboose. It wasn't in very good repair, and it was closed, to boot. 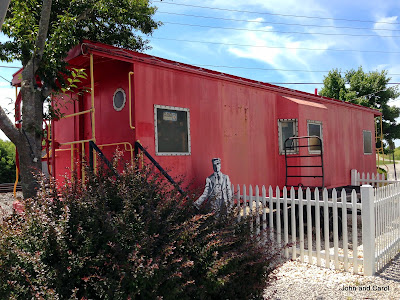 They did have deluxe restroom facilities, courtesy of Bluegrass Portables. 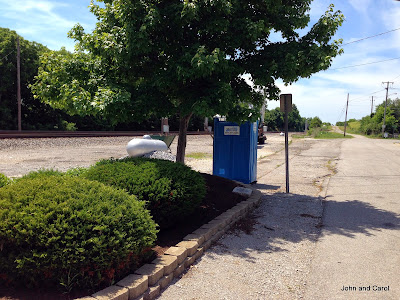 And if you want to check out this museum (when it is open) the Potters Inn is nearby. 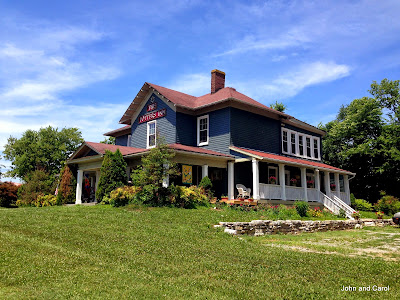 And the park has a nice gazebo. 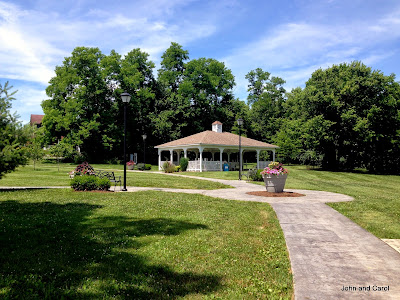 But we didn't give up on the day, yet. As we traveled, we found McConnell Springs in Lexington. In 1775, William Mcconnell, his kinsmen and companions from the upper Monogahela River region, had a crude cabin near a large spring in this area. They intended to obtain land grants and create a new town. As they were deciding on a name for the town, they received news of a battle that had taken place two months earlier in a small Massachusetts town where the Colonial militia stood up to the British regulars, launching the American Revolutionary War. They took the name of the town where that battle took place for their new settlement, calling it Lexington.

We hiked through the park. 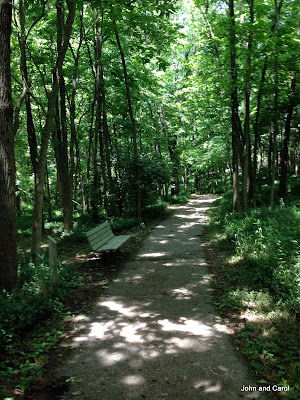 This is Blue Hole, probably the spring McConnel settled near. 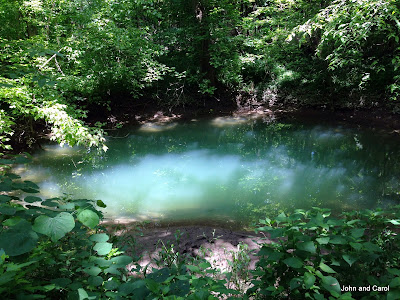 This a reconstruction of the kind of a half-face cabin first built by the early settlers in this area. 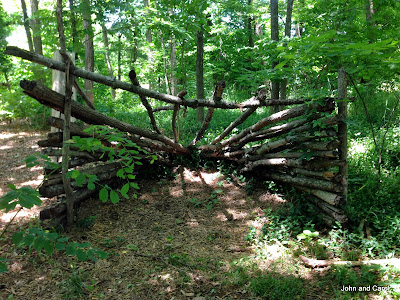 This is another spring, called a boil. It is an artesian spring that can produce a column of water of up to 24 inches high after a hard rain. 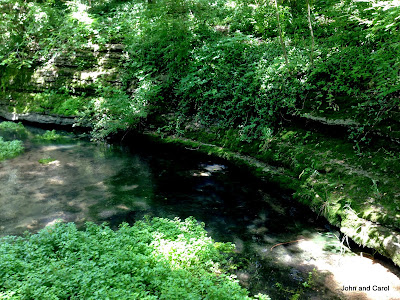 There are numerous dry stone walls like this in the park and throughout Kentucky. They were most likely built by itinerant Scottish and Irish stone masons beginning about 1830-33. 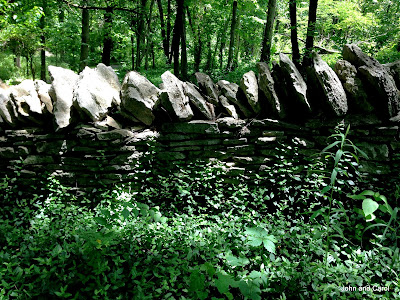 I also found a photo assay by Annette Gendler with more photos of these fences. She took many of the photos in the Shaker Village we tried to visit this morning.

This magnificent Bur Oak is likely 250 to 300 years old and could have been standing when McConnel established the town of Lexington. 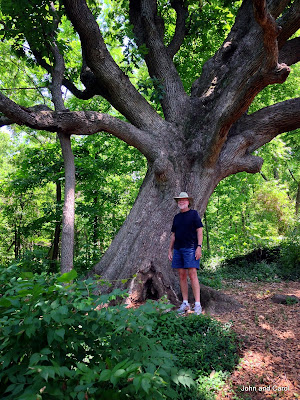 We were able to take a mile plus walk through this shady park before returning to our RV park. We made the best of the time, though we weren't able to reach our original goal.
Posted by John and Carol at 1:40 PM