We visited another Civil War battle site on Monday—The Battle of Franklin.  It was a bloody fight in a town south of Nashville.  Confederate General Hood hoped to drive Union troops out of Tennessee by defeating them in Franklin and Nashville.  He didn’t succeed and the two sides suffered 10,000 casualties, dead and wounded.

We visited two historic houses in Franklin, the Carter House and the Lotz House.  We had toured the Carter House in 2001, but the site had undergone major improvements since then.  The house was built in 1830 by Fountain Branch Carter.  In 1862 Federal Troops occupied the town of Franklin.  A major battle occurred on November 30, 1864, forcing Carter’s family to seek cover in the basement of the house.  The neighboring Lotz family joined the Carters as the battled raged on the land surrounding the house.  One of Carter’s sons, Captain Theodric “Tod” Carter, was mortally injured while fighting for the South that day and was brought to the family home to be cared for till he died. He hadn’t been home for three years before the battle.  The first time he was reunited with his family occurred as he was carried into the house and later died.

During our tour, we could still see bullet holes in the wall of two buildings. 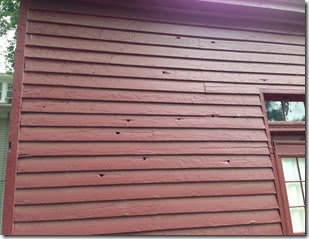 On the porch of the Carter House, you can see damage from a canon ball. 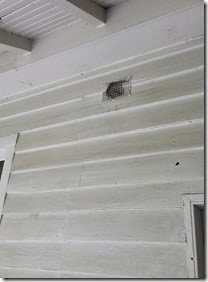 We weren’t allowed to take photographs inside the house.  Here is our tour guide, Bobby, as we started toward the house. 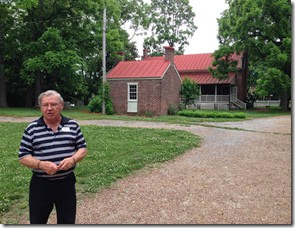 Here is a look at the back porch, where we entered the  house. 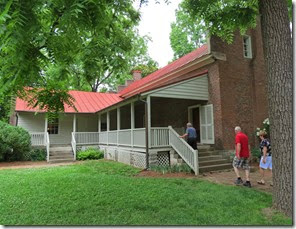 And a view of the front of the house. 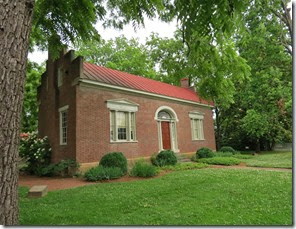 This is the smoke house on the property. 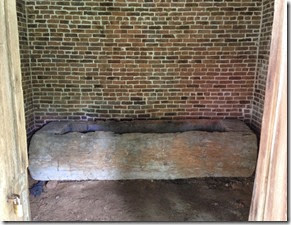 The kitchen was located in a separate building and we could take pictures there. 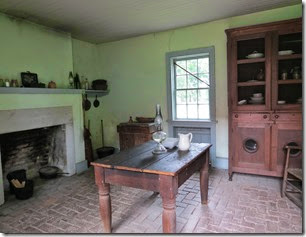 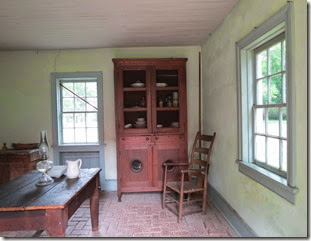 We also toured the Lotz House located across the intersection from the Carter House.   Johann Albert Lotz was a master carpenter and piano builder who came to the US from Germany.  He built the home to show his customers the work he could do for them. It is a shame we couldn’t take photos there, because the interior is beautiful.  He built it himself in 1858, and restored it after the war.  It was used as a hospital by the Union army.  At first, they were told it would be stripped, with the wood used to build breastworks. Although it was damaged, being turned into a hospital saved it from much worse destruction.

The beautiful curved stairway in the home was an example of his work.  The newel post on the stair bannister was made from the leg of one of his pianos.  It was turned upside down.  In the top, there was a medallion that signified the home was paid for.  The deed was stored in a small compartment in the base of the post.

The Lotz family was very talented.  The daughter was a painter, the son an inventor.

This is the front of the house.  The red flag indicates that the building was a hospital. 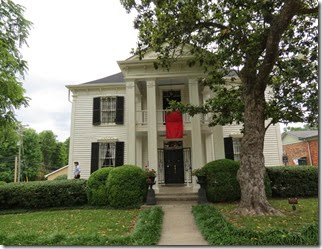