A Couple of Hikes

When we began planning for our trip east this summer, I looked over posts by blogger friends Danny and Shula, who had explored Tennessee and Kentucky in 2011. They often hiked to waterfalls and I was determined to do the same. We haven't done a good job of planning our days around that kind of hikes. But Tuesday, our last day in Sevierville, we checked out Laurel Falls in Great Smokey Mountains National Park.

The short trail is paved, though the asphalt is rough and broken. 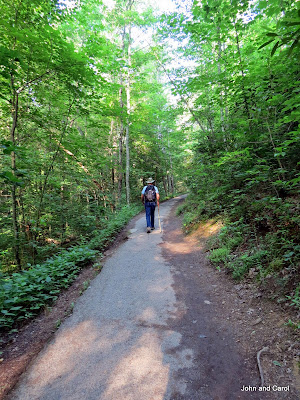 It passes through dense forest. 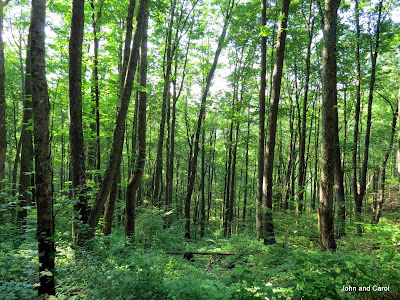 We were too late in Spring to see many blooming laurel, but we did spot a few. At least, I guess these are laurel. This type of plant was all over the hillsides and it had the only flowers we saw. 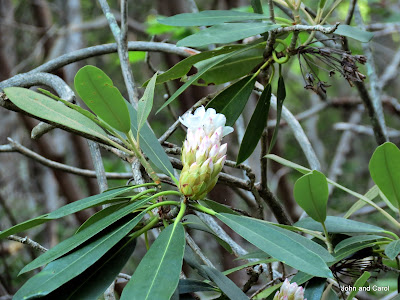 A bridge crosses the creek between the upper falls 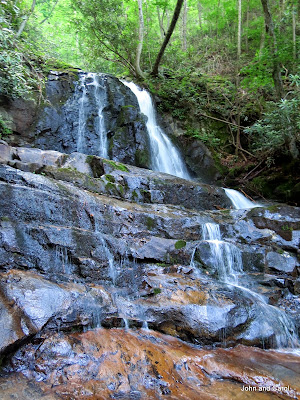 and the lower falls. 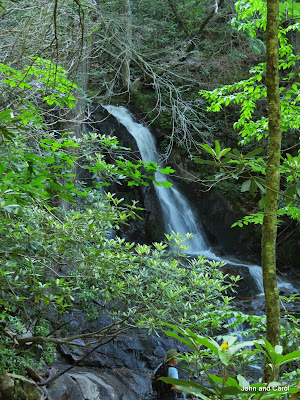 This small pond is next to the bridge, before the stream falls to the lower level. 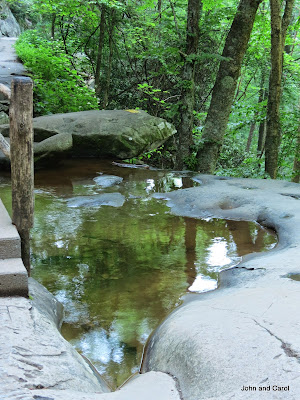 This beuatiful butterfly hovered around us as we walked one section of the trail. 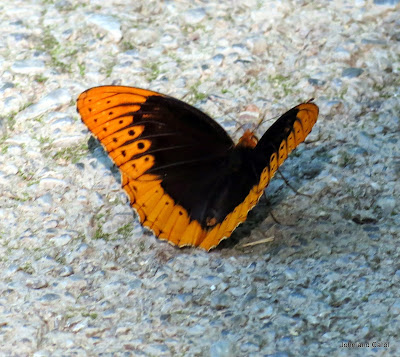 When we arrived at the trail head, there were several cars already there. As we hiked up to the falls, a number of people were coming down. But when we reached the stream, there were only a few people there. I think we timed our arrival just right. As we hiked back down to our car, there was a steady stream of people going up. And when we reached the parking area, all spaces were full and cars were parked on both sides of the road and in the middle. If we ever come back to the Smokey Mountains, it won't be in summer.

We are now in Kentucky and the Boone Trace and Wilderness Road pass through Levi Jackson State Park, we where are staying for two nights. 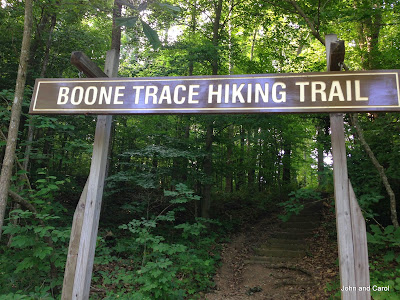 You remember "Daniel Boone...King of the Wild Frontier" don't you? Or are are you too young to remember that song from the 1950s? He led a party into Kentucky in 1775, establishing a way from the eastern settlements through the Cumberland Gap into what is now Kentucky. A small section of that trace or road is here in the park and we hiked there today.

We again were in a beautiful, dense forest. 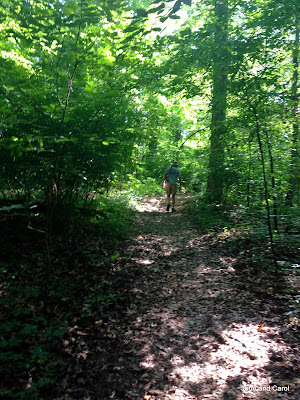 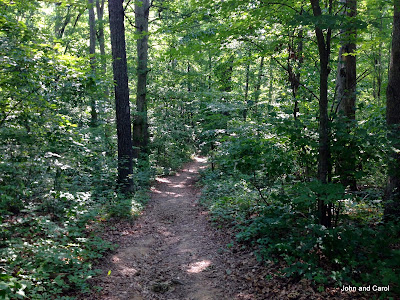 McHargue's Mill is next to where the trace crosses the state highway that passes through the park. 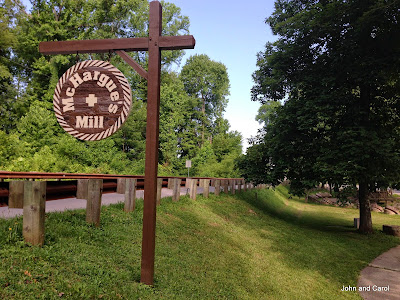 The small mill is open at times, but not when we were there. 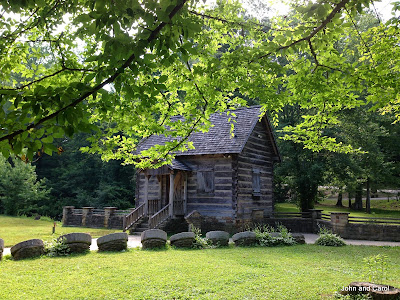 We even got to see another small waterfall at the mill. 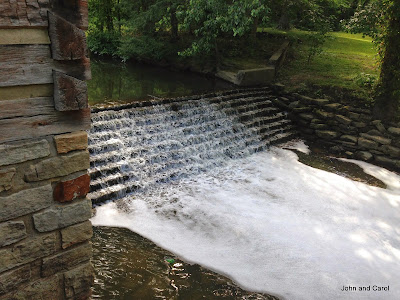 And what is called a Library of Mountain Millstones, which contains the largest known collection of old mill stones, is located in front of the mill. 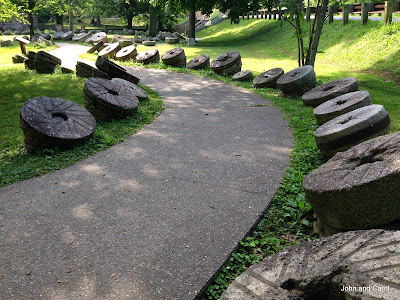 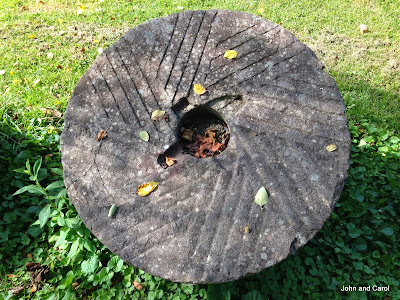 We spotted this turtle along the trail. 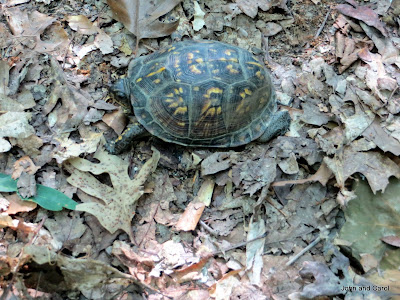