Who knew these two beverages would be made in the same facility? That is why Town Branch in Lexington calls itself a brewtillery. We enjoyed a tour there last week. 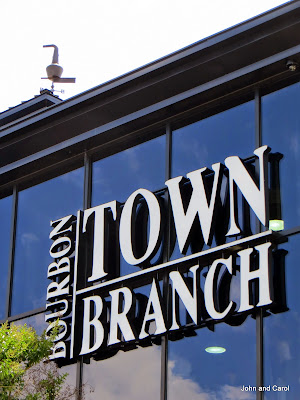 Our first clue was the hop garden we passed on our way to the start of the tour. 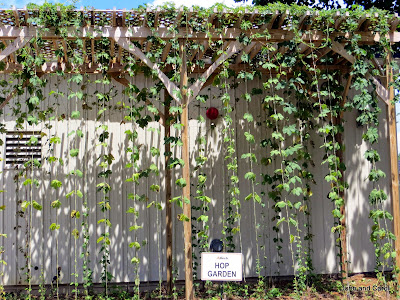 We were a little late for the tour and came in just in time to taste the beers Town Branch brews. We learned that beer can be aged in barrels that had previously held bourbon. The brewtillery calls that beer Kentucky Bourbon Barrel Ale and it was my favorite. So much so, we even bought some at the end of the tour. These barrels explain the beer brewing process. 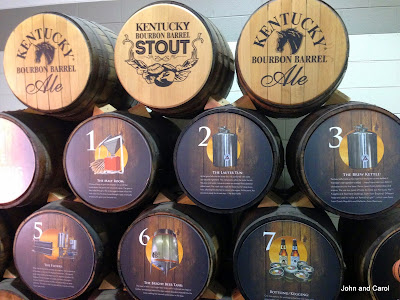 Did you know that whiskey must contain at least 51% corn to be called bourbon? In Kentucky, charred white oak barrels can be used only once for bourbon. The mixture of water, yeast, rye, malt and corn is distilled, producing a clear liquid. Aging (at least 6 months) in charred oak barrels gives it the characteristic brown color.

After mixing the ingredients, they are placed in these fermenting tubs. 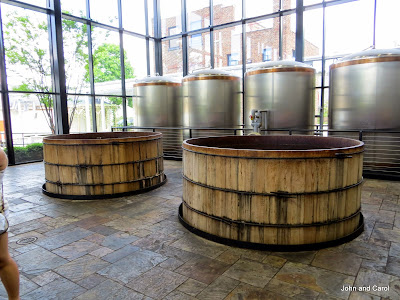 This is the still where the mixture is distilled to produce alcohol. 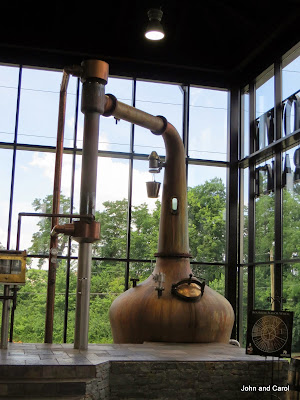 This small apparatus is called the spirit safe. Here, alcohol levels are read and recorded. 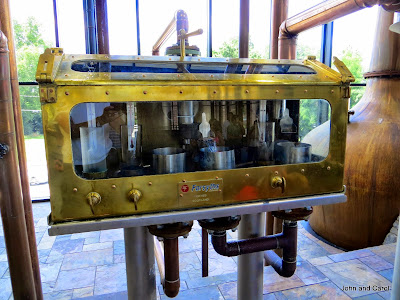 Once the proper alcohol level is reached, the mixture is held in these tanks until they are ready to pour it into the barrels. 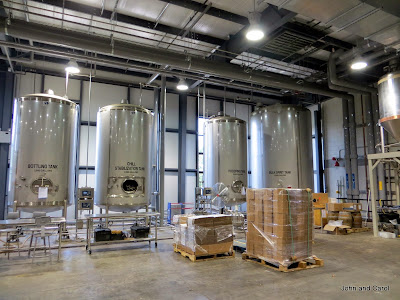 We saw lots of barrels of aging bourbon. 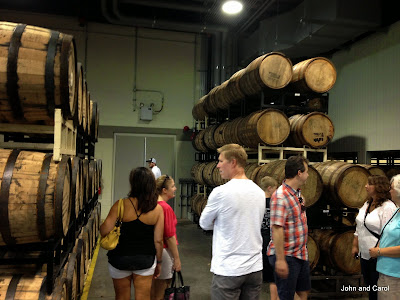 Including some that had just been filled two days earlier. 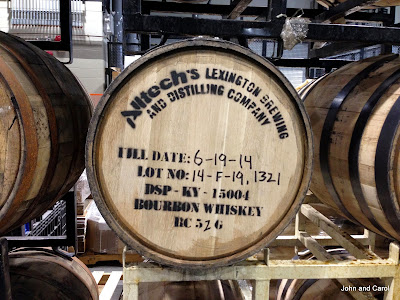 Each tour ticket came with four tasting tickets. We each used two for beer and two for spirits and we shared our samples, so we were able to taste all four spirits and four of the beers. The spirits were all tasted straight or with a little water or ice. That isn't the way we usually drink bourbon. In my opinion, the Town Branch Rye was the best for sipping. I like the aftertaste, which they described as peppery. It is made with only water, yeast and rye. 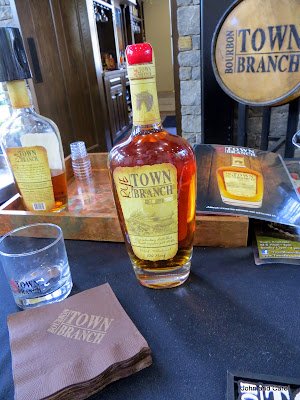 This is the Town Branch Bourbon. The only difference in the two bottles is the color of the label. We were told the blue label was made to celebrate when UK made it into the final four. Is that the United Kingdom? No, I have to keep reminding myself UK also refers to the University of Kentucky. 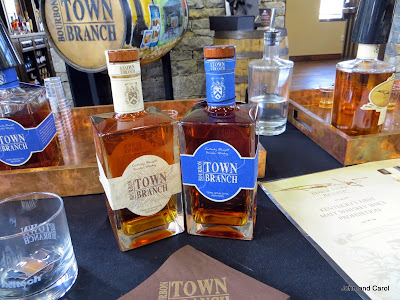 We didn't taste the Pearce Lyons Reserve malt whiskey. It is made with only water, yeast and malt. 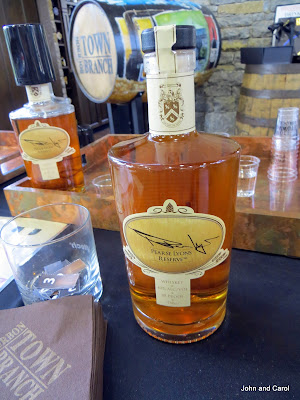 Bluegrass Sundown is a Citadelle Haitian coffee infused with Kentucky bourbon and sugar. When heated and topped with heavy cream, it makes a delightful after dinner drink. Everyone got a taste of that. If we often entertained and served after dinner drinks, we would have bought some of that. It is reminiscent of the famed Irish Coffee. 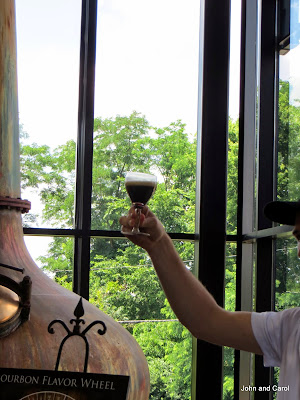 We learned a lot and had fun on the tour.
Posted by John and Carol at 9:55 AM