Our reason for coming to Tennessee this month was to attend a rally at River Plantation RV Park in Sevierville. At first glance, you might think it is a rally of big butt dually trucks. 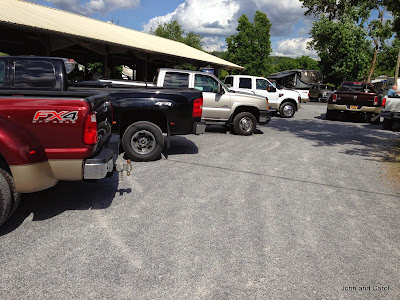 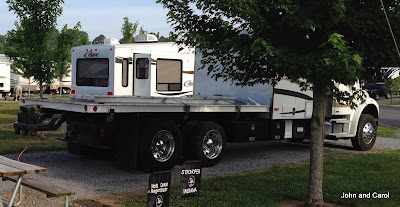 Take a close look at the above photo. That is an RV hauler like we've never seen before.

But we aren't here for a truck rally. It is a DRV Suites rally. Last October we bought a Mobile Suites 5th wheel trailer and this is an opportunity to learn more about it from the representatives of companies that provide components of the RV, from representatives from the DRV factory, and from Butch and others of RVs for Less, a Knoxville, TN, DRV dealer. And we have learned a lot. However, meetings and speakers don't provide much fodder for my blog.

There are 122 RVs registered, meaning nearly 250 people. The catered meals for the rally have been delicious. And we have a nice large facility to meet in. 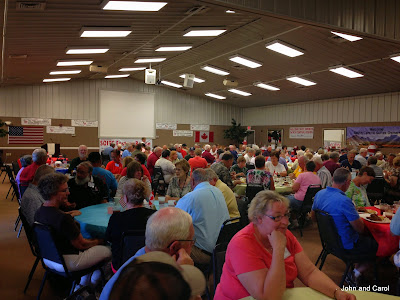 There are lots of DRV suites RVs here. 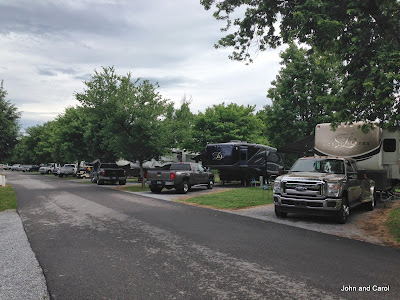 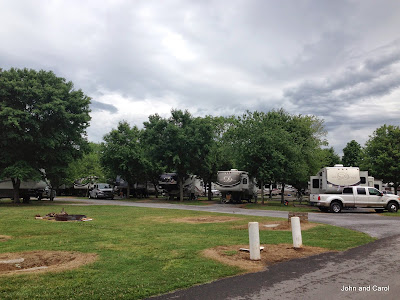 And new ones for sale. And no, we didn't see anything we liked better than the one we have. They are all just too darn big! 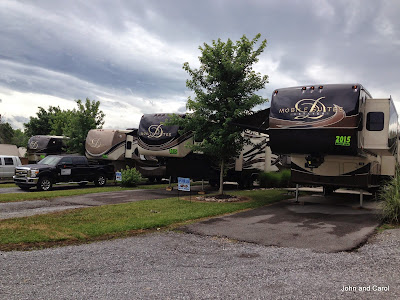 Yesterday, the men and women were divided. One group visited the Bush's Baked Bean Museum in nearby Chestnut Hill. The other group met with representatives from the factory to discuss ideas and problems. The museum was interesting and the meeting with the factory reps was really helpful. 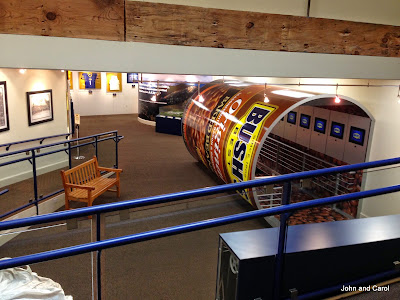 You probably recognize Jay Bush and Duke from television ads. 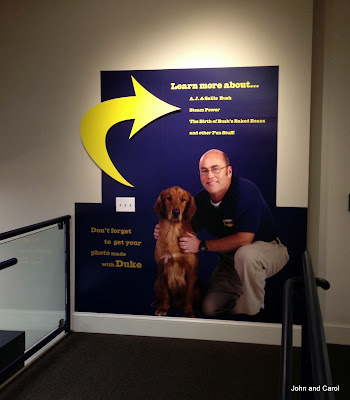 A. J. Bush first opened a general store, then began canning tomatoes in 1904. The family home is located across the street from the museum. Over the years, the company added other vegetables to the items they canned. Such table-ready products became really popular by the 1920s. 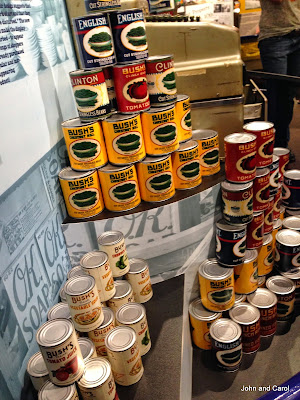 In 1969, they began producing baked beans, based on a family recipe. As they say, the rest is history.

This is the Chestnut Hill cannery. 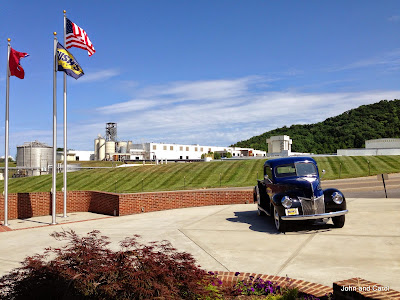 And this is the cool old truck you can see in the above photo. 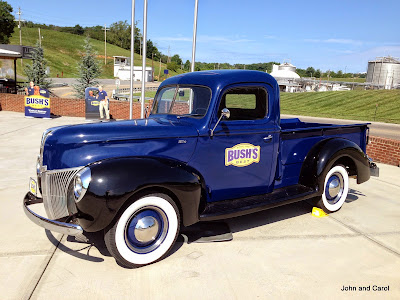 Baby birds have been hatching here in the RV park. This nest is right outside one of the laundry rooms. 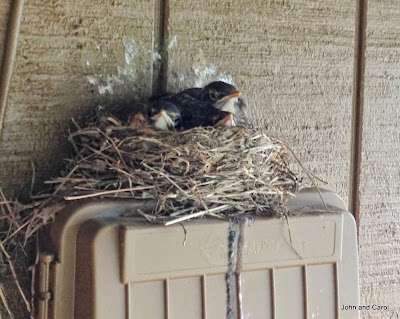 And I spotted this baby robin in front of the RV next to ours. 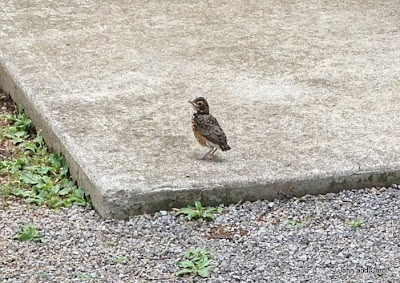