When our sons were growing up, they both were on the local swim team. Today, two of our grandchildren are in competitive swimming and have also played basketball and lacrosse. Last weekend while we were parked in the NRA Whittington Center campground in Raton, NM, we were surrounded by young people participating in the 2015 New Mexico YHEC (Youth Hunting Education Challenge). There were 600 youth participating in the event.

The National Rifle Association hosts the events across the country for youth who have completed hunter education. Approximately 10,000 young people take part in the challenge each year. Although we had never observed this type of event, we could see the young shooters are every bit as focused and have obviously practiced as seriously as we see our grandchildren do in swimming.

The day before the challenge began, many of the youth spent the day practicing. We could watch a few of them practicing for the orienteering event on the grassy area behind our RV. Remember, you can click on any photo to see a larger image. 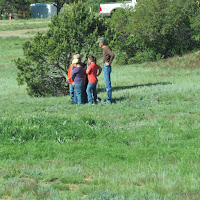 Saturday, we watched some of the events. They compete in muzzleloading (black powder), rifle, shotgun and archery shooting. The first event we watched was with black powder guns. Each participant shot from several positions and an official with binoculars watched to see if they hit the target. Both boys and girls took part and some very young people were there. 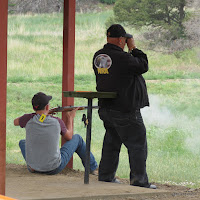 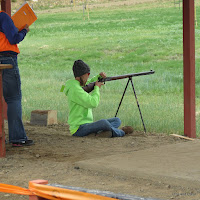 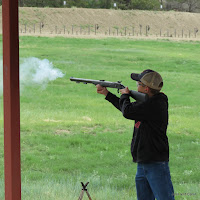 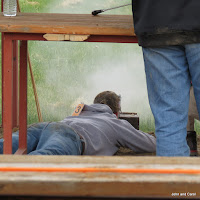 The black powder guns were cleaned and loaded by fathers. 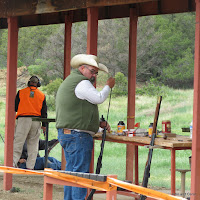 These are the targets they shoot at. You can see as well as hear it when the target is hit. Notice the targets are at different distances. The second photo shows where one shooter knocked the target clear off the stand. 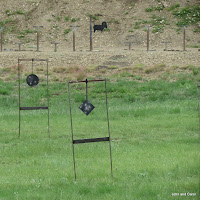 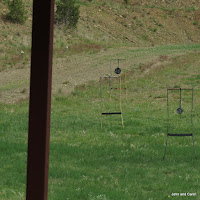 There were several methods of shooting, from the shoulder, prone, and seated, all illustrated above. Sometimes they used a support for the barrel. 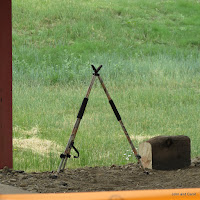 In the rifle event, the targets were in a more natural setting. 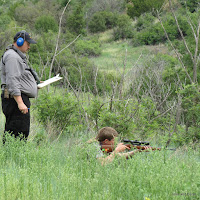 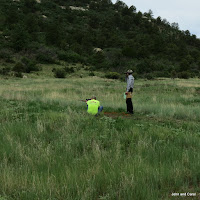 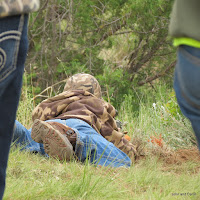 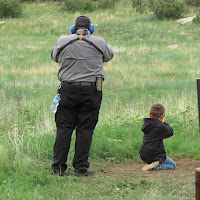 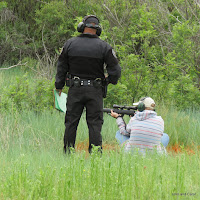 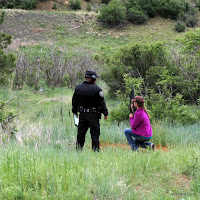 For archery, the targets were mock animals, rather than metal targets. After each arrow was shot, they walked out to the target to see if it was hit and where. 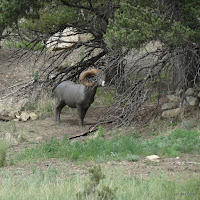 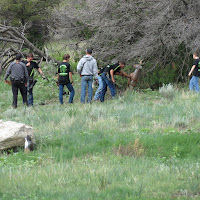 Each shooting range flies a red flag when shooting is taking place. The flag is stored in a metal tube on the flag pole. 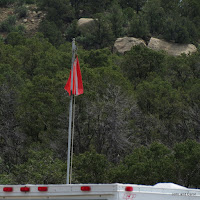 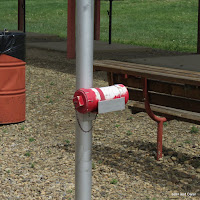 Even in the world of archery and hunting, cowboys can still be seen texting. 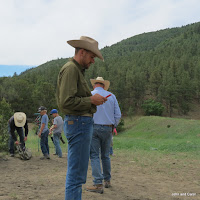