Colorado has had lots of rain and when we arrived at Chatfield State Park a week ago, the campground was accessible only from the east entrance to the park. But after the recent rains ended, the entire road through the park was open and we were able to drive to and from the west entrance yesterday, even though the water did encroach on the pavement. 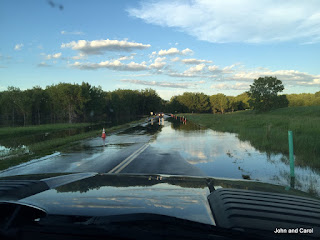 This morning, however, when we drove toward that entrance, the road was flooded and closed. So this afternoon, we walked down to the flooded area to see what was going on.

Fences were under water and walking paths had become wading paths. 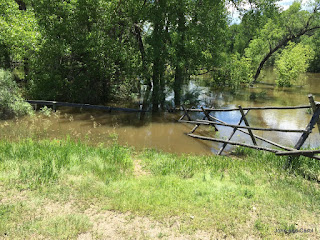 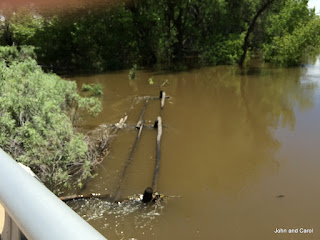 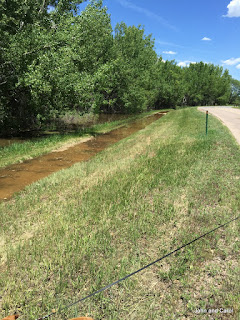 I don't think this sign means much today. Maybe near the end of the summer. 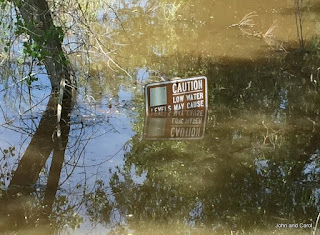 It wouldn't be a good idea to park here right now. 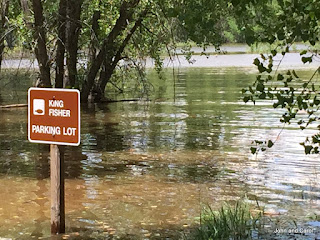 The Platte River was flowing across the road. It was probably about 24 inches deep where the road is at its lowest point. This bicyclist had ridden through the flowing water and said it was up to the top of his tires. He rested awhile on our side of the river, then turned around and rode to the other side. Another cyclist came up behind us, watched for a while and turned back the way he had come. 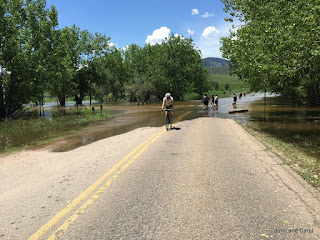 These people and dogs were having a good time in the water. It's amazing what some young and stupid people will do to have fun.  Even some who aren't that young, just stupid.  There was a current as the water crossed the road.  If someone had fallen off the roadway, they could have been washed quite a ways into the lake.  I hope they were good swimmers. 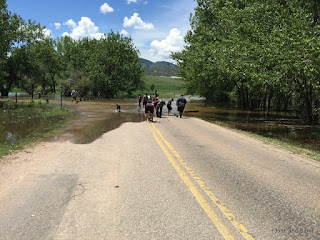 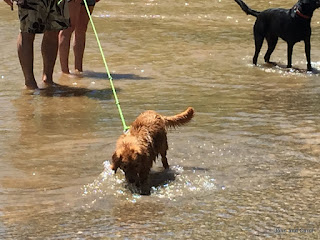 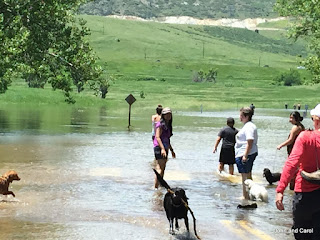