A big focus of our visit to Colorado this month was the party our son Eric organized to celebrate our 50th wedding anniversary. The anniversary was on June 5, but we decided to hold it later in the month so our son Doug and his daughters could be here too. The party was held in the club house in their neighborhood. They prepared all the food for the 40+ people who came and it was so delicious!

We enjoyed the champagne host, followed by a delicious white and chocolate cake. 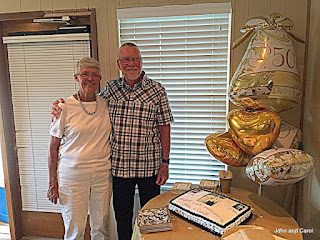 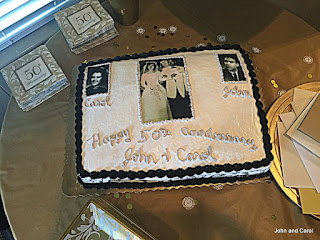 There is no way I can include photos of all the family and friends who came to celebrate with us, which included one friend John has known all his life, a college friend who we spent a lot of time with when our children were young, and a friend John worked with on the Boulder Police Department years ago.

I did select photos of our sons, our grandchildren and John's sisters and brother.

Eric talking to Larry, the friend from the police department. 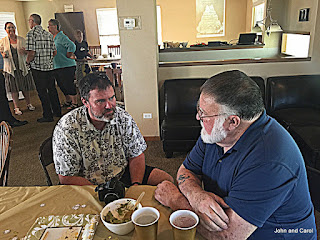 Doug with his cousins Craig and Jennifer. 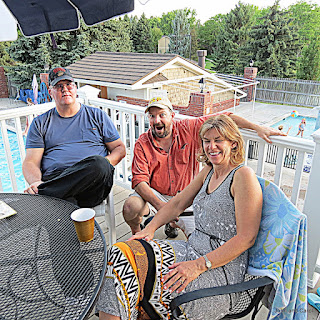 John's sister Kendal is second from the left. His brother Tim is in the center. Also in the photo, John Abbott, Diane Andrews and niece Megan Konty. 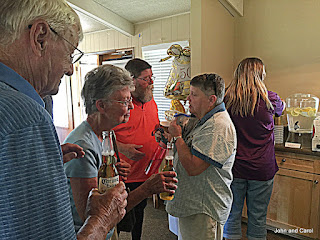 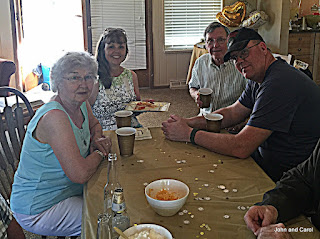 Our three granddaughters together.  Kylie is the life guard, with Rachal and Samantha next to her. 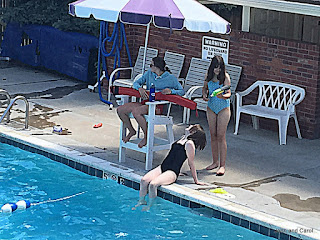 The young people were invited to play in the swimming pool next to the club house.  Here are most our our nieces and nephews. 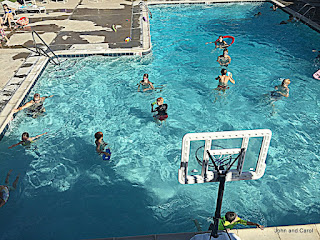 Kylie is the lifeguard, grandson John is in the center, and granddaughters Samantha and Rachal are with our great niece Tara. 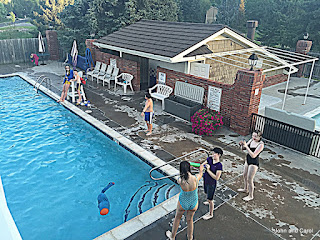 Thanks, Eric and Liz for all you did to make this possible; thanks Doug for coming and bringing your daughters to be with us; thanks family and friends for helping us celebrate this milestone.