Before coming to the Denver area, we spent five days in the NRA Whittington Center campground in northern New Mexico. I don't think they had as much rain as there has been here in Littleton, but we did see lots of wild flowers there. 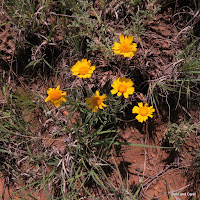 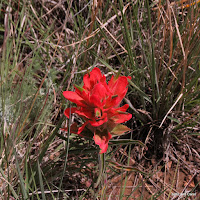 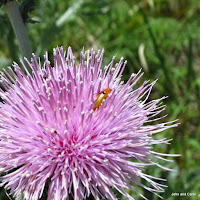 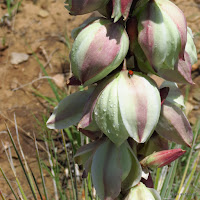 It rained one night and some of the flowers had blooms knocked off or damaged. I still took this picture. They almost look like blue bonnets to me, which I though grew only or mainly in Texas. 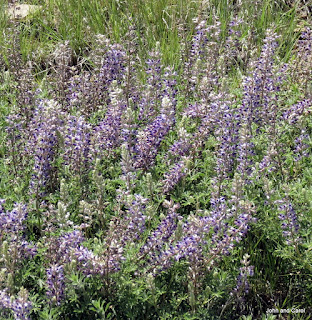 There was something else we noticed there. Despite the fact there were guns being fired every day, there were still pronghorn and mule deer browsing on the grounds. 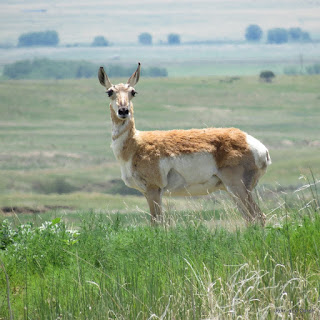 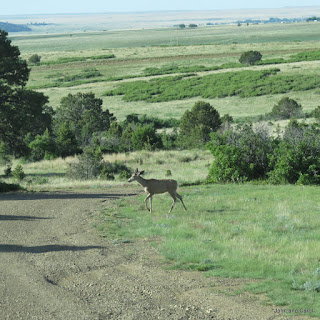 Don't they know those guns are often aimed at them? I really think animals like that quickly learn when they are safe and when they are not. When we lived in the mountains of Colorado, the deer and elk roamed the forests all year, except during hunting season. They they moved into Rocky Mountain National Park where hunting is not allowed.

Back to Whittington, we even saw a hawk soaring over one of the shooting ranges. And look at this meadowlark, just sitting and singing while the shooting took place. 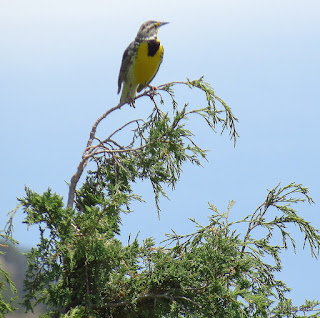