Today, we saw a few of my favorite things. We went on our first hike of the winter season--to Wind Cave. The trail is accessed in Usery Mountain Regional Park and goes into the Tonto National Forest. There we saw saguaro cactus 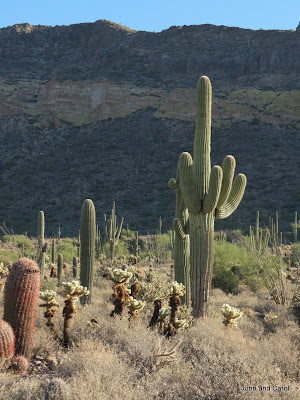 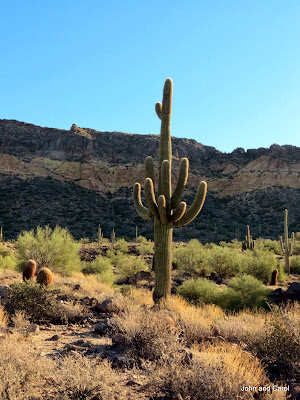 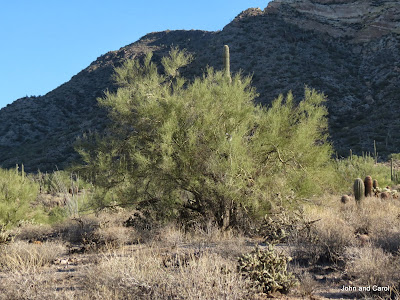 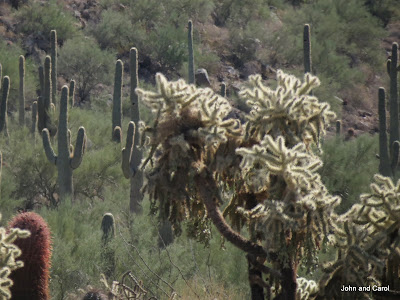 and lichen that is somewhere between lime green and fluorescent green. 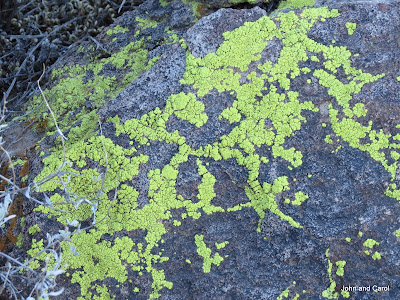 When we first visited southern Arizona and hiked in the Sonoran Desert, I found it pretty dull and ordinary--maybe even ugly. I don't feel that way anymore. I love this landscape and the many different shades and types of green plants. They come in so many unusual shapes.

This is wind cave. It doesn't look like a traditional cave. It was carved out by the desert winds, I believe. 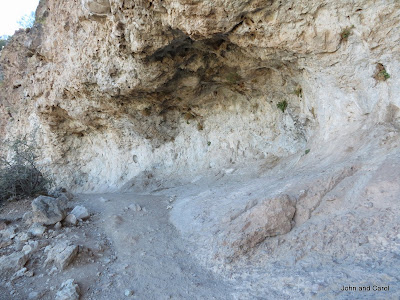 The trail is short--1.5 miles one way--but is rated difficult. It is rocky and fairly steep. It is also very popular. We see more people on this trail than on any other in the Phoenix vicinity. Today we saw something different.

This fellow was carrying a bunch of balloons up the trail. We asked a man hiking up with him and learned they were going to release the balloons in honor of their nephew's birthday. I didn't learn anything more than that. 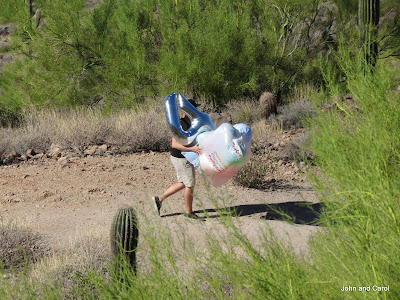 When they reached the cave, they unwrapped the balloons and released them into the sky. I was able to take a picture of the uncovered balloons, but I didn't get them ascending into the sky. 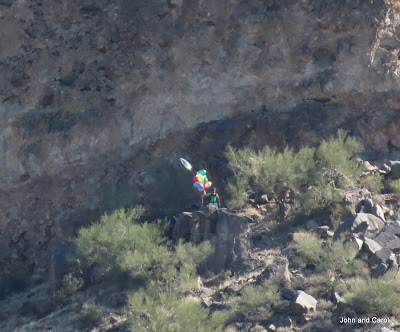 If you aren't familiar with Usery Park or Usery Pass Road, you still might know where it is. This sign is right across the road and is visible to many who fly in and out of Sky Harbor Airport. 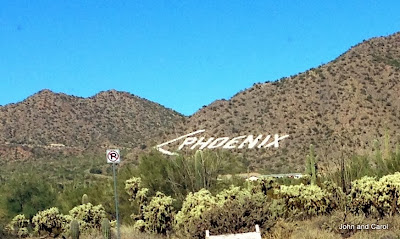