Since time began, mothers have been teaching their daughters to cook. In modern times, fathers tend to teach their sons how to cook on the backyard grill. We saw all that taken further Saturday at the kids bbq cook-off at the American Royal World Series of Barbecue in Kansas City. We watched the competition begin and these girls, ages 10 and 11, choose spots right in front of where we were standing. They were assisted by their dads and used supplies and recipes provided by an aunt who owns a barbecue restaurant and was participating in the larger competition nearby. 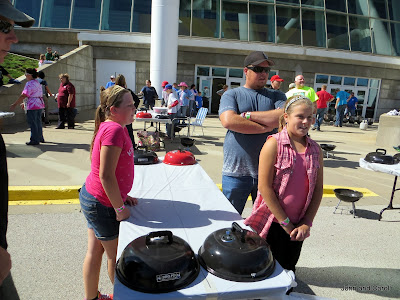 The meat was brought in for the contestants. 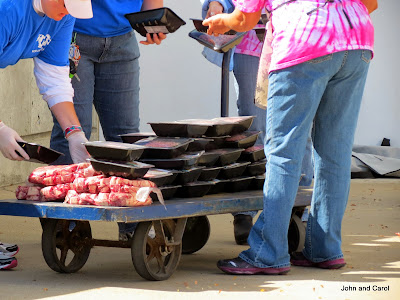 There were really good-looking steaks for contestants 11 and older. 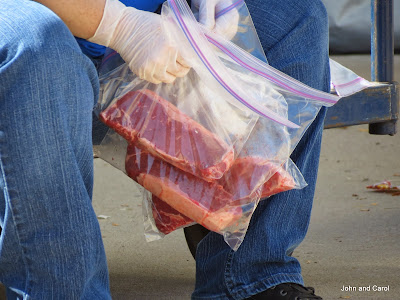 And ground beef for the younger entrants. 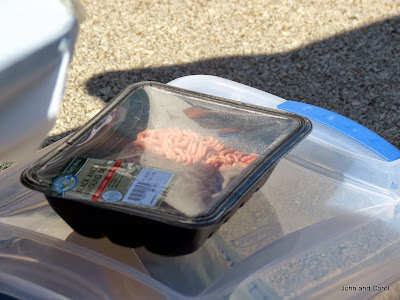 Adults were there to assist, but they were not allowed to touch the meat. If they did, the child they were helping would be disqualified. The adults help set up, used sharp knives to cut and chop, and lit the charcoal with large blow torches. 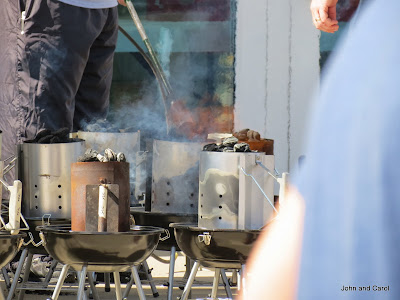 Some of the children seemed to really be into the event, wearing appropriate (?) clothing. 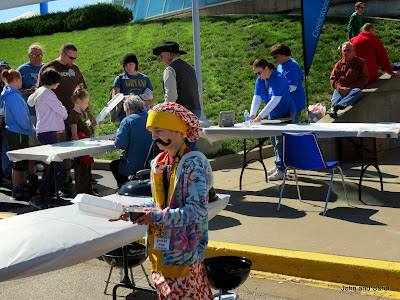 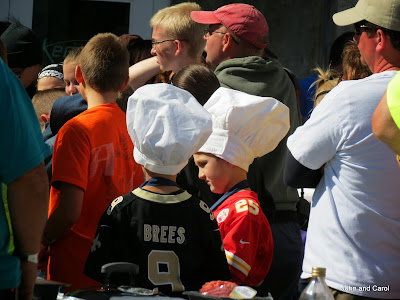 We saw several, anxious to get started, preparing their presentation boxes with lettuce leaves or parsley before they even received their meat. 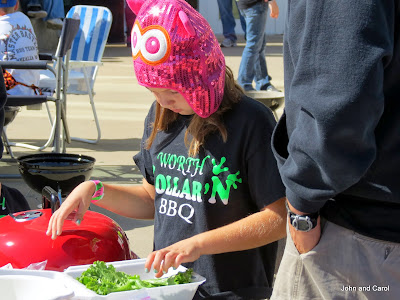 Soon, the burning coals were place in each grill. 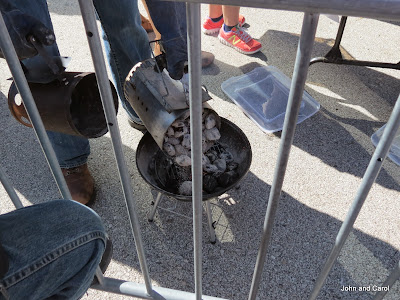 And it was time to prepare the meat. The 11-year-old girl in front of us injected a butter mixture into her steak. 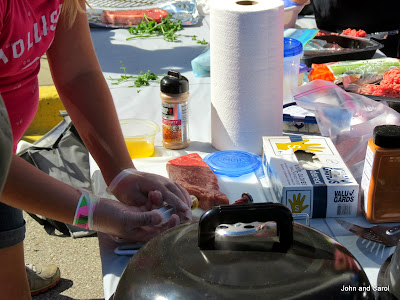 Other steaks were covered with a rub or other coating. 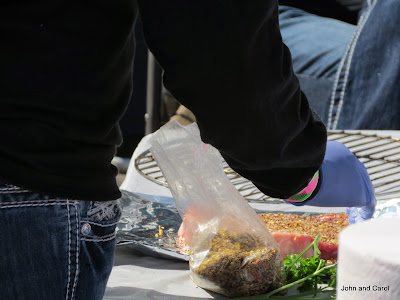 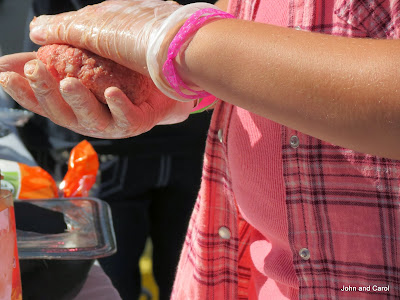 The butter-laced steak received a topping of chopped onion and was placed on the grill. 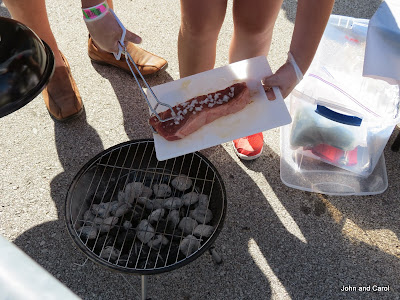 We didn't stick around for the rest of the competition, but there really is hope that the younger generations will keep the barbecue restaurants of the country in operation.