The Old and the New

Our waiting has moved from Peculiar, MO, to Iola, KS.  Today we took a walk from our mediocre RV park in Iola  to check out the small old town.  On the way, we came across the Southwind Rail Trail.  It follows an old railroad bed, but the trail just opened this year, so it is the new. 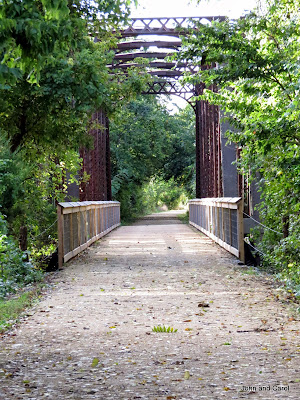 The trail builders were really serious about keeping the folks who use the trail from jumping or falling into the water below. 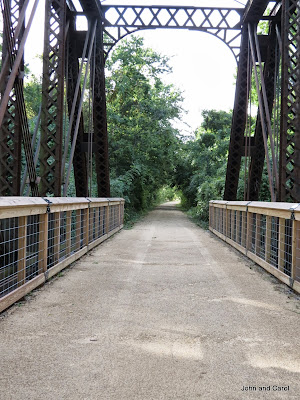 As we crossed the creek, we could see the nearby highway. 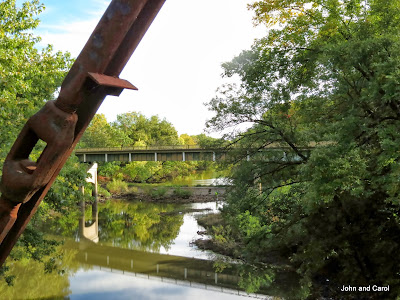 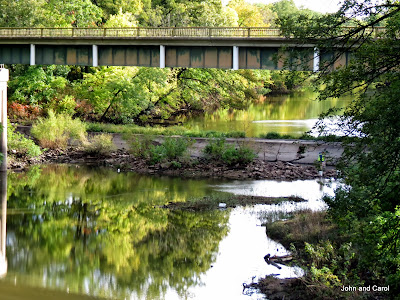 We had a big rainstorm last night and there was standing water near the trail, in addition to this pond. 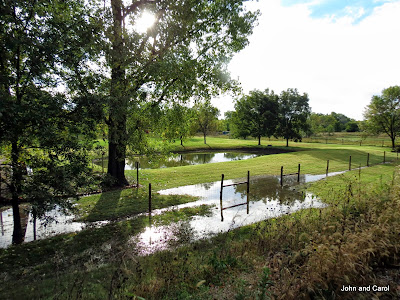 I thought these grasses were pretty. 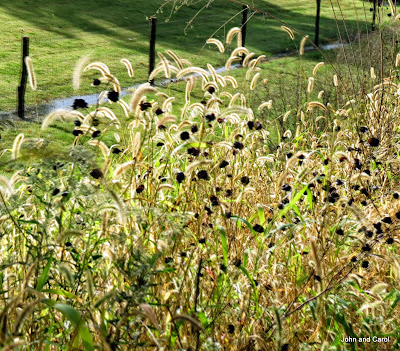 We passed the shell of an old train signal tower. 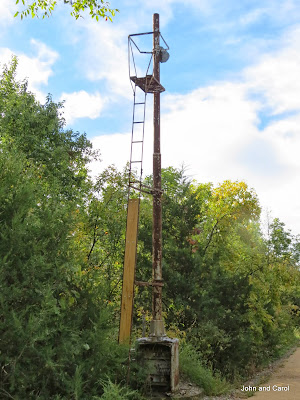 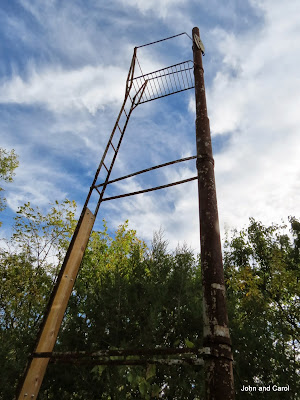 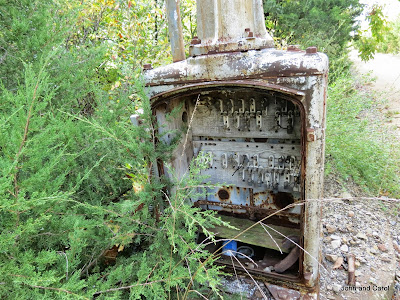 It appears the local fox can enter the private property on either side of the trail, but not the humans on the trail. 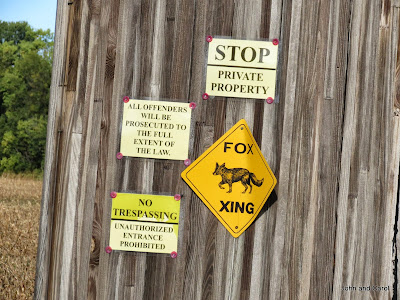 After walking about 3.5 miles on the trail, we went into town. They are proud of the high school sports teams. If you look closely, you will see the first championship was in 1915. Iola was established in 1855. 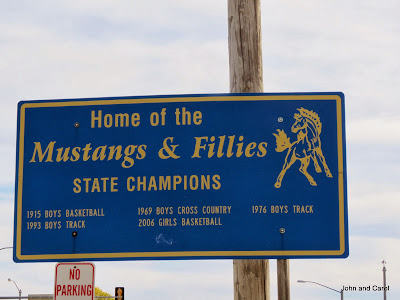 We saw a sign that reminded us of our Colorado roots. 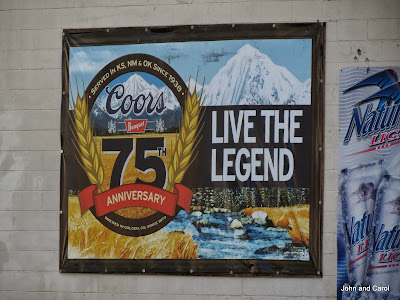 Modern buildings just don't have the charm of those built decades ago. We saw lots of neat old buildings as we walked around downtown Iola. 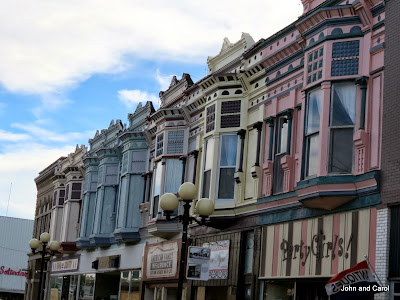 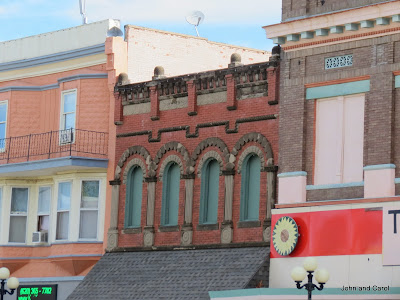 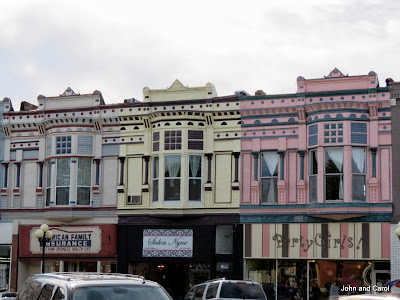 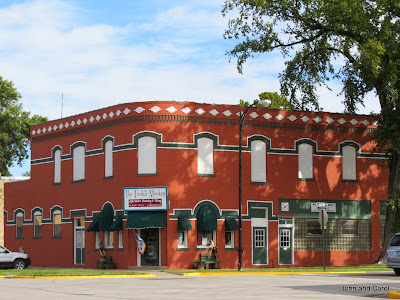 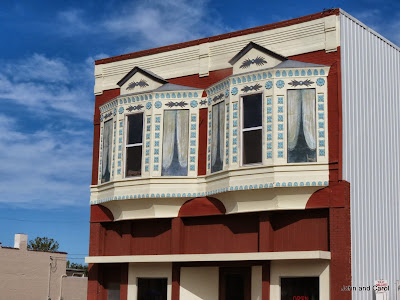 Have you ever heard of General Frederick Funston? We hadn't, but maybe we should have. This is the house where he was born. 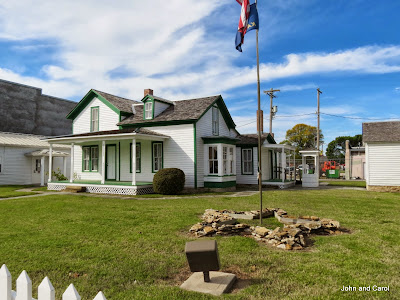 Funston spent 2 years in the Arctic, returning 1,500 miles on the Yukon River in a canoe. He spent time in South America, fought with Cuban insurgents and served in the Spanish American War. He received the Congressional Medal of Honor for capturing the commander of the Filipino Army and was made a brigadier general. In 1914, during an intervention in Mexico (has anyone every heard of that? I hadn"t.) and commanded Vera Cruz as military governor, being made a major general. He died in 1917.
Posted by John and Carol at 2:44 PM