We've watched lots of cooking shows and cooking competitions on TV over the years. When we get a chance, we like to check out BBQ, chili, salsa and chuck wagon cookoffs as we travel. This weekend the American Royal World Series of Barbeque is being held in Kansas City. We couldn't wait to attend. Today 100 teams participated in the invitational event. Participants were selected after winning other events. Tomorrow, 500 teams are taking part in the open competition.

The smoking and cooking is done in all sorts of BBQ equipment. We saw some new ones for sale and others have been used for years. Click on the collage to see the cookers more clearly. 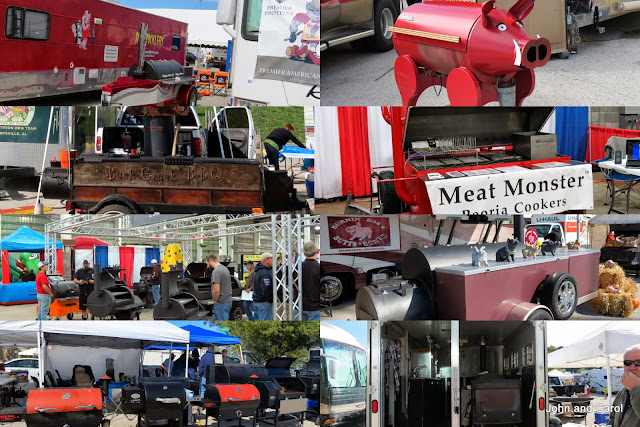 The teams have very creative names. With over 500 teams here, such variety is necessary. Sometimes you read them on signs, other times on shirts. 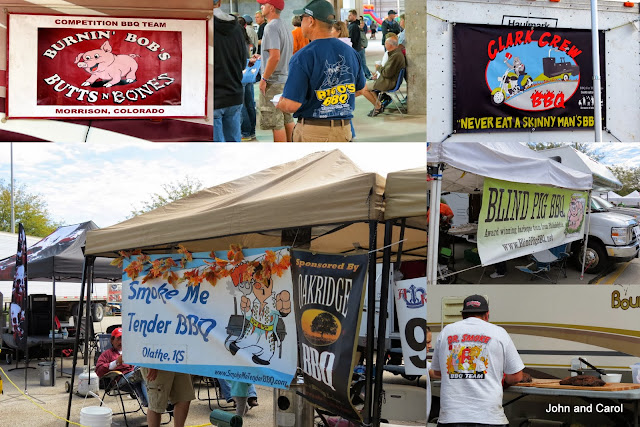 There was something for everyone. Cowboys with lariats. 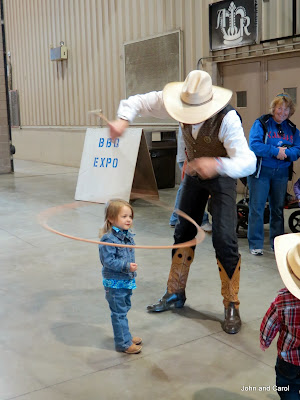 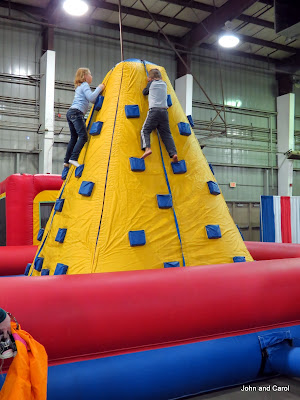 Barbecue sauces of every flavor imaginable. 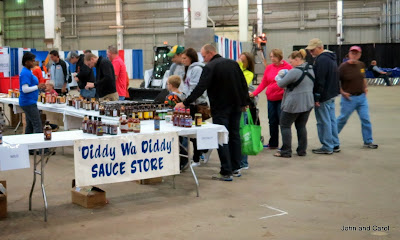 Supplies for the competitors and the food vendors. 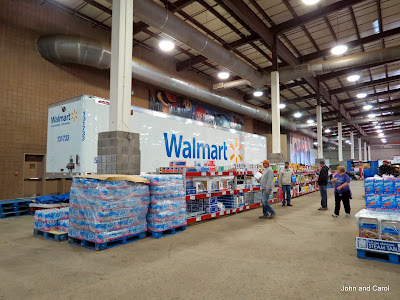 In case you haven't noticed, cooking and cooks are very popular these days. There are 2 cable networks devoted just to that, as well as programs on Travel and PBS. Two celebrities were at today's event. Myron Mixon, owner of Jack's Old South Barbeque, was a competitor today. He is often a judge on televised competitions, as well. When all entries had been submitted, he came out to greet his fans and sign autographs. 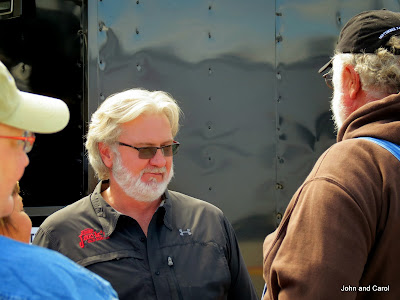 Guy Fieri is a huge star on the Food Network. He and Rachel Ray have a program with children cooking. He showed up at the kids competition today. 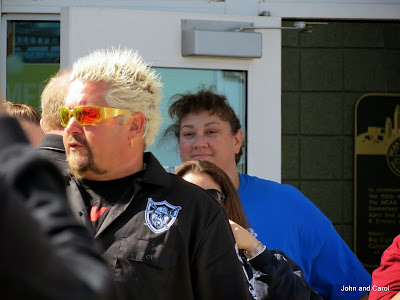 Every half hour from about 11 am on, competitors came to turn in the entries. There is a 10-minute window for each turn-in time, from 5 minutes before the time to 5 minutes after. Come late and you get no score. Categories are dessert, beans, chicken, ribs, pulled pork and brisket. People lined up to turn in their entries. 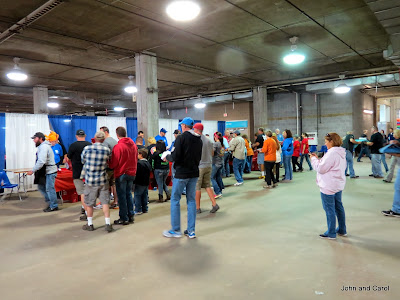 With 100 entries every half hour, people were passing each other, some with full containers, some with empty carriers. 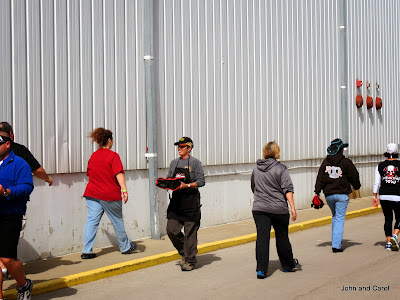 As the deadline neared, they moved faster. 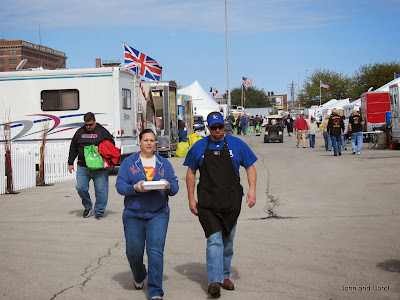 Preparing the entry for the judges takes time. The brisket, for example, is sliced, examined and tested. 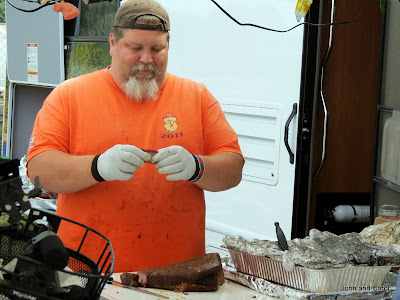 These folks cooked 2 different briskets and tasted each to see which was best. Look at these thin, even slices. 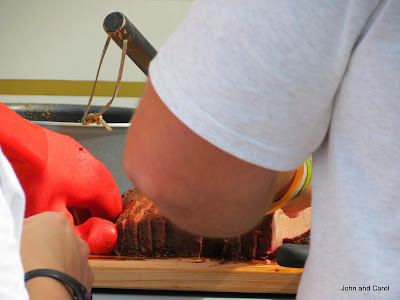 Each slice is carefully placed in the box. 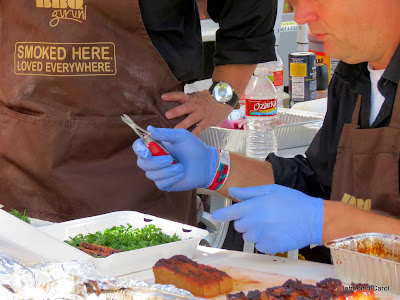 And everything cleaned up just so. 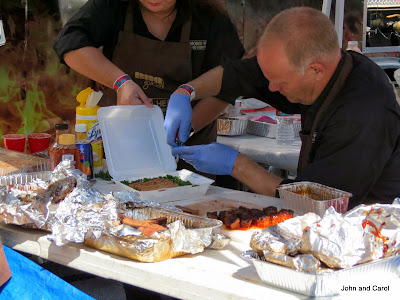 Since the competitors cook way more food than they need to submit to the judges, Kookers Kare collects the extra food and distributes it to those in need in the community. 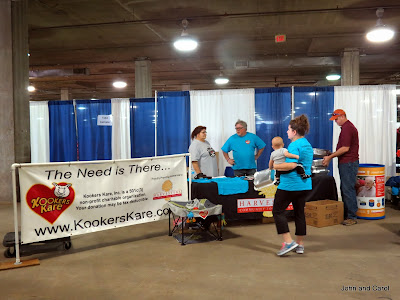 The food is distributed through Harvesters. 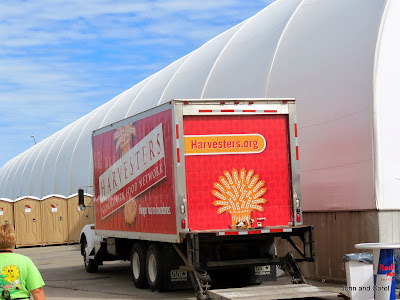 Several of the contestants also take their cooking rigs to scenes of disaster to feed the disaster response personnel. 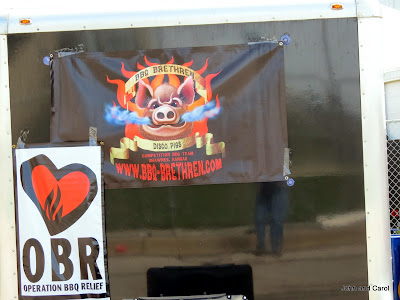 Later in the afternoon, there was also a kids BBQ competition. This blog is already long enough (too long) so I will save that for another post.