We decided to get away for a couple of days and visit the Gulf Coast. We spent two nights on South Padre Island. On the way there, we visited the Gladys Porter Zoo in Brownsville. Wow! The last zoo we visited was in Phoenix and there the emphasis is on desert animals. In Brownsville, it is all about tropical animals. First we checked out the gorillas. We have heard several people talking about the mother gorilla with her baby. We didn't see them, but we enjoyed watching the male. 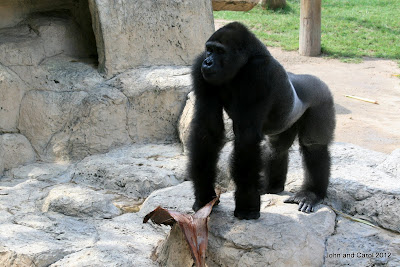 He climbed a palm tree, then used the dead frond for a fan or shade, I guess. 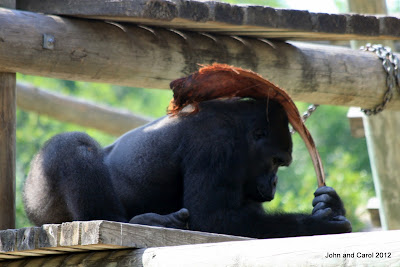 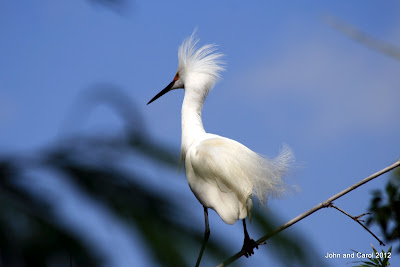 Did you know that God appreciates contortionists? Just look at these American flamingos. 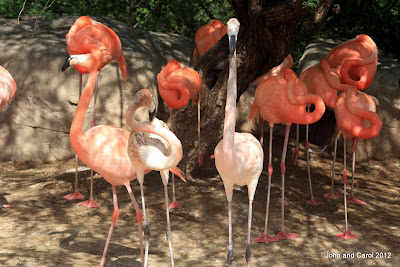 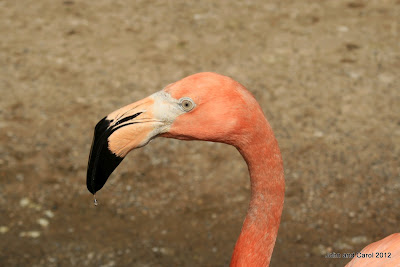 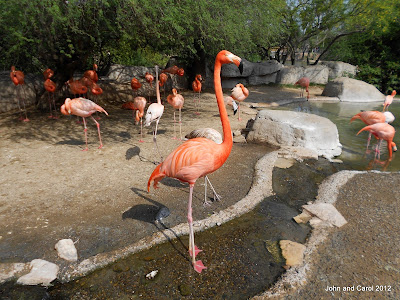 The spider monkeys look like they are all arms and legs. 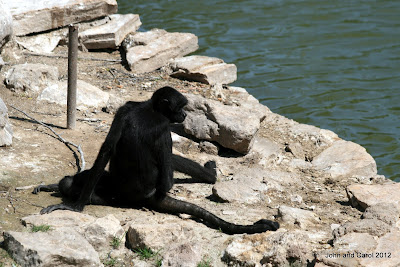 The Galapagos tortoise was munching some hay. 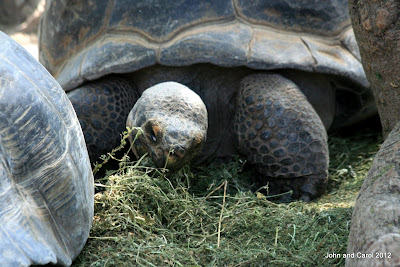 Birds come in all the colors of the rainbow, like this scarlet ibis and green-winged macaw. 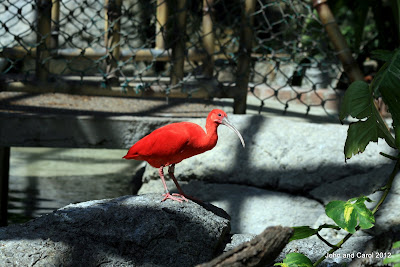 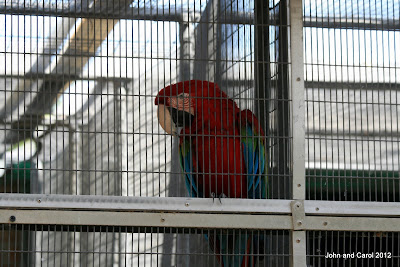 And the violaceous tutaco (honestly, that is what the sign said). 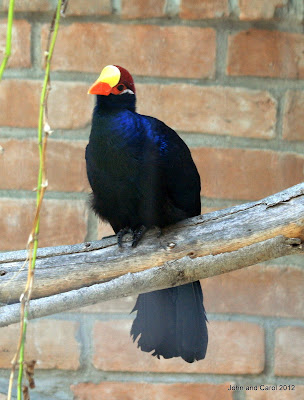 I don't know what these birds are, but I like them. 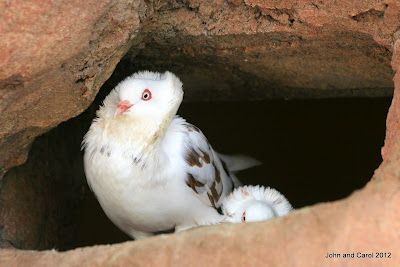 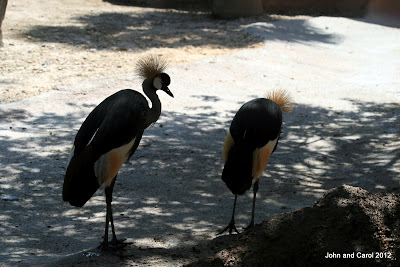 The double-wattled cassowary is colorful. 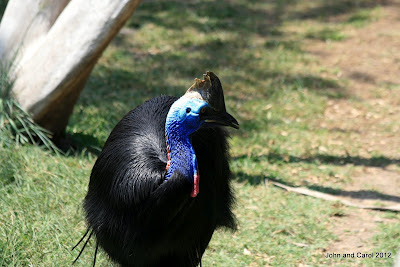 I thought this baby pigmy hippopotamus was cute. 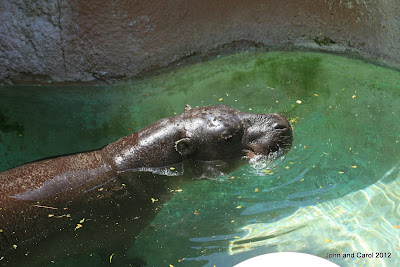 I think it takes a sense of humor to create a zebra, don't you? 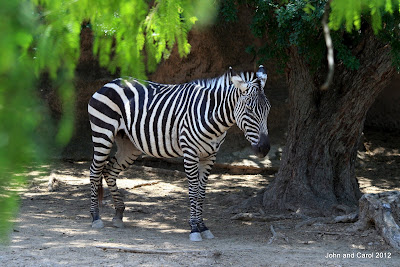 This is a saltwater crocodile. I've never seen a white croc before. 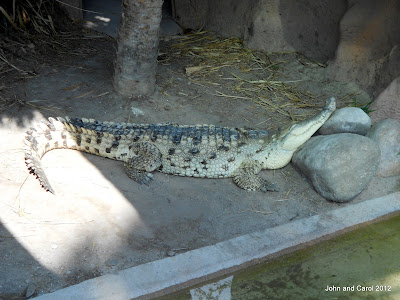 The komodo dragon looks more like a lizard or dinosaur, I think. 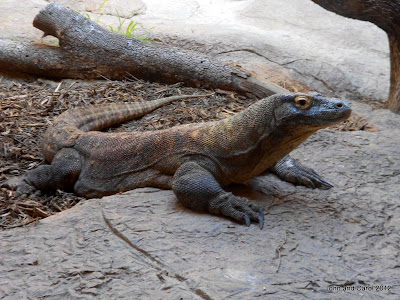 These are on a very few of the many photos we took Tuesday. Wednesday, we went to the South Padre Island World Birding Center. (More on that in the next post.) By the time we finished there, I had filled the 2 gig memory card in my camera.

Lessons: (1) God is so good to surround us with these wonders of creation.
(2) Never leave without the equipment needed to download photos to the computer hard drive.
Posted by John and Carol at 1:43 PM