Saturday we had an Eggstravaganza at Santa Ana National Wildlife Refuge. There were several activities for children, including the opportunity to feel real animal pelts. 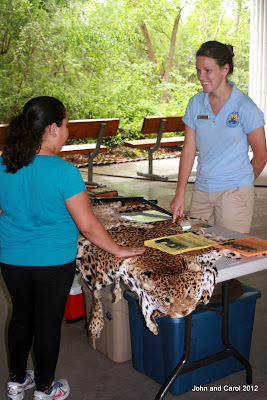 Snakes are always a hit, at least with some people (not me). 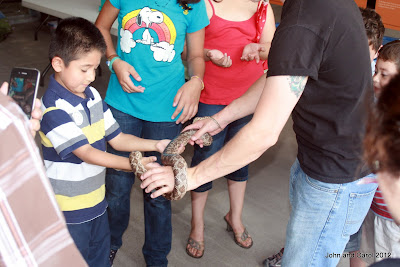 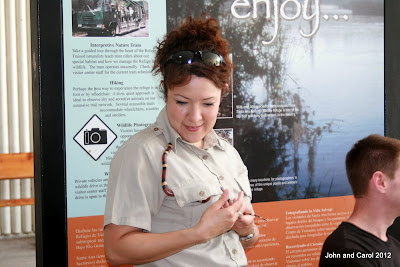 Turtles are fun to touch, too. 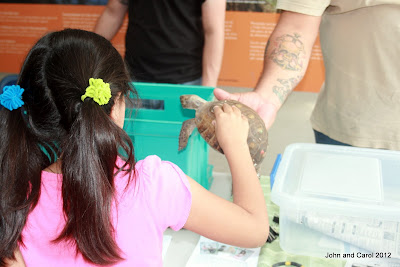 There was a butterfly walk. 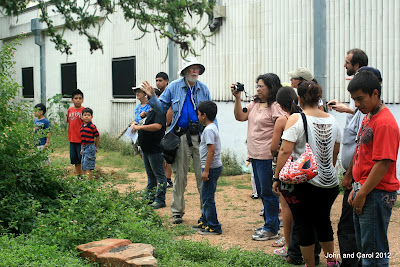 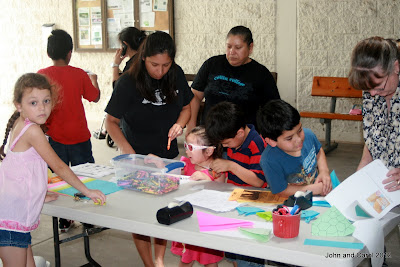 Of course, someone had to hide the eggs for the Easter Egg hunt. 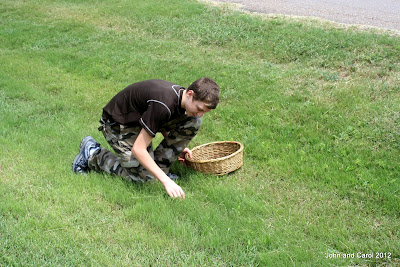 Here we learned about a local custom we had never heard of before: cascarones. These are real eggshells, usually filled with confetti. Since the confetti is harmful to wildlife, as well as very difficult to clean up, Texas state parks and wildlife refuges ban the confetti-filled eggs and encourage the use of birdseed. Here is the Wikipedia explanation of cascarones:

Cascarones or confetti eggs are festive, hollowed-out chicken eggs filled with confetti or small toys. They are rumored to have originated in China and brought to Europe by Marco Polo.[1] In Italy they were first used as a courting ritual, filled with perfume and then capped with wax. Men would throw them at women they found attractive. The custom then traveled to Spain and was later brought to Mexico in the mid-1800s by Emperor Maximilian’s wife. It was in Mexico that the perfumed powder was replaced with confetti.[2]

In Spanish, cáscara means eggshell. Cascarones are similar to the Easter eggs popular in many other countries. They are mostly used in Mexico during Carnival, but in US and Mexico border the cultures combined making them a popular Easter tradition.

Decorated, confetti-filled cascarones may be thrown or crushed over the recipient's head to shower him or her with confetti. In addition to Easter, cascarones have become popular for occasions including birthdays, Halloween, Cinco de Mayo, Dieciséis, Day of the Dead, and weddings (wedding cascarones can be filled with birdseed). Like many popular traditions in Mexico, cascarones are increasingly popular in the southwestern United States.[3]

Having a cascarón broken over one's head is said to bring good luck.

In order to Make Cascarones one just uses a pin or knife to break a hole on the end of the egg, and pour the egg out. The shell must then be cleaned out. Decorate it as desired and let dry. Then fill with confetti or a small toy. Apply glue around the outside of the hole and cover with tissue paper.[4]

These are the eggs that were hidden for children at Santa Ana. 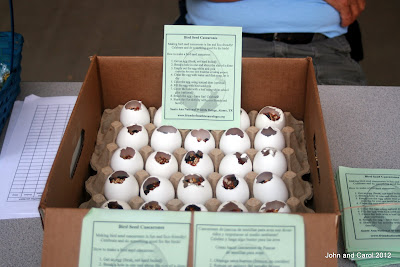 This photo shows several jars, each filled with the amount of confetti that would be used in one dozen cascarones. 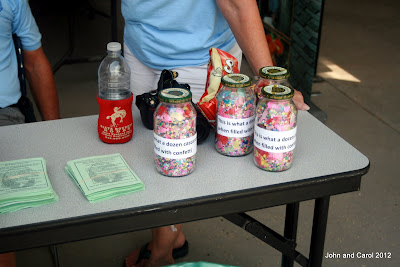 Here everyone is heading over to the egg hunt. 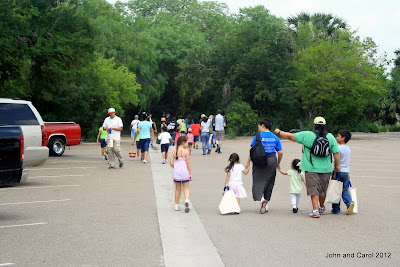 Look at these girls running. 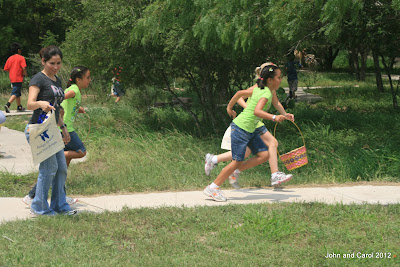 Watching the children hunt for eggs were Ocelot and the Blue Goose. The ocelot is an endangered species and a special concern and project for our sister refuge, Laguna Atascosa along the Gulf of Mexico. The blue goose is the symbol of the National Refuge System. 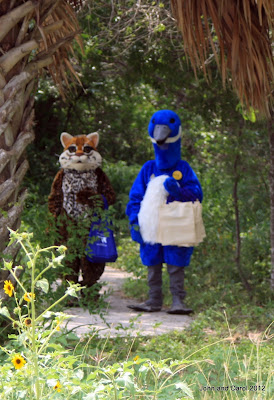 In addition to our shift at the refuge yesterday, we marked the holiday weekend with Stations of the Cross and Good Friday services and Easter Holy Eucharist at St. John's Episcopal Church in nearby McAllen, where we have been attending during our time in the Valley.

On another note, we see new farm crops all the time here. This week this field of Texas sweet onions was harvested. Look at all those bags of onions! 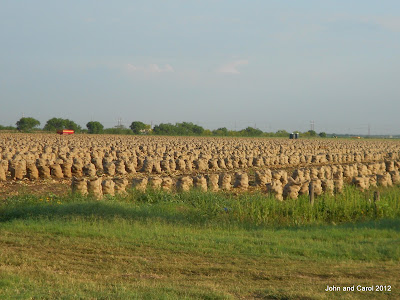 In the Great Plains, farmers expect their corn crop to be knee high by the 4th of July. Down here, some fields of corn are already knee high--and it just the first week of April. 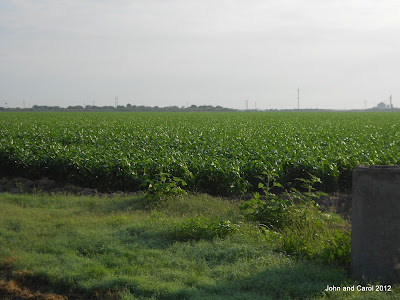