About 2003, when we both retired, we began volunteering once a week at the Colorado Historical Society in downtown Denver whenever we were in town. It was a very positive experience. In 2004 we took a nearly five-month RV trip to Alaska and had a wonderful time. We decided we wanted to spend even more time in our RV in the future, but our finances wouldn't allow us to spend that much money every year. But we discovered volunteer opportunities for RVers that would cover our RV park expenses, while giving us the opportunity to give back and to really get to know the area we were visiting. In 2005 we signed up for two volunteer, or work-camping, positions: Nails Creek State Park in Texas and Bryce Canyon National Park in Utah. It opened a whole new world for us. We have learned new skills and knowledge and experienced life in seven states and 11 communities. 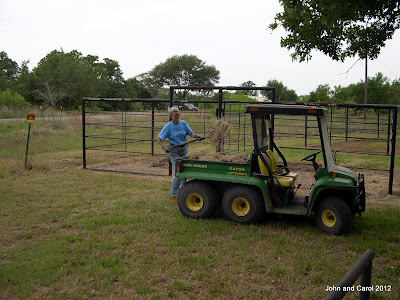 That first year we did campground maintenance and cleaning at Nails Creek. That included cleaning horse stalls and blowing off campsites, as well as mowing lawns. 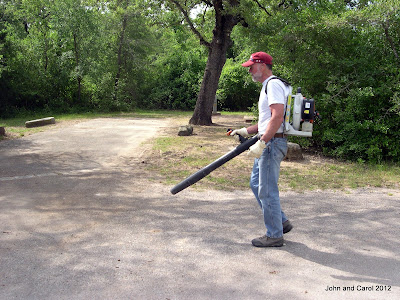 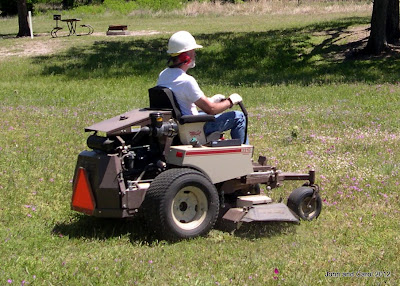 We fell in love with rural Texas, county fairs, bluebonnets.

At Bryce, we split our work days between the Visitor Center Information Desk 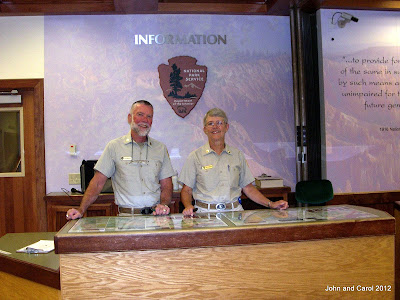 and roving the trails in one of the most beautiful places on earth, often hiking 35 or more miles each week. 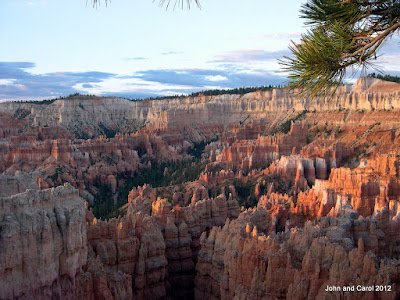 In 2006 we returned to Texas, to Ft. Parker State Park, where we operated the Nature Center on the weekends 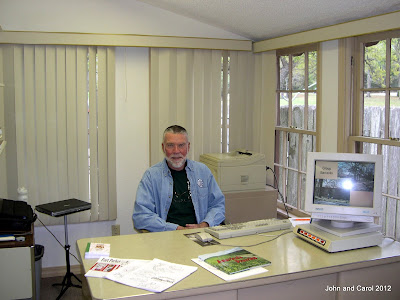 And cleared a new hiking trail during the week. 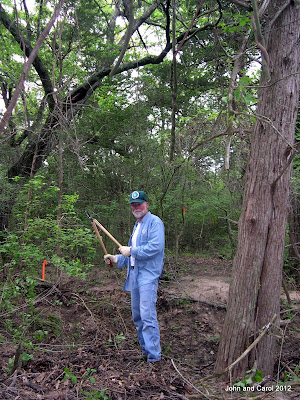 We learned about poison ivy and Confederate Reunion Grounds and searched out John's family history. The following year we headed to Arkansas and Hot Springs National Park. I couldn't find any photos from that season. But we learned how to operate the bookstore and about "taking the baths." We really like Arkansas. Later that summer, we headed to Kodachrome Basin State Park in Utah, not far from Bryce Canyon. It is another beautiful spot. There we did some trail repair 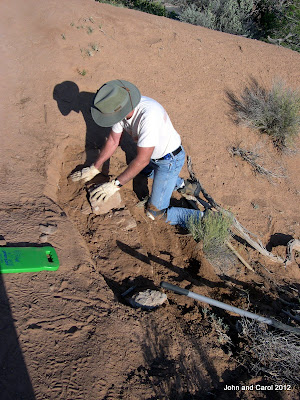 and picked up a lot of trash using this mule. 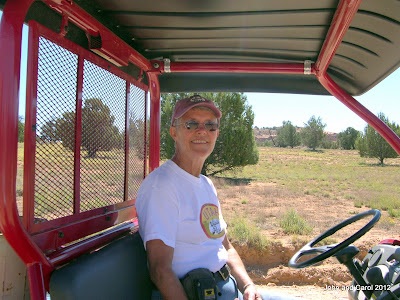 The following year, 2008, we headed to Oregon, first volunteering at Gnat Creek Hatchery. There we did some landscaping and I learned to operate a tractor. 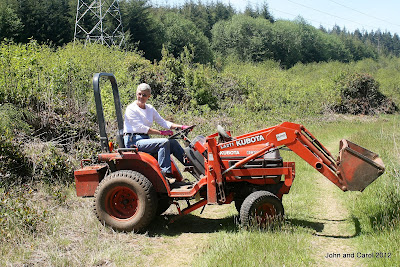 and we helped some with caring for the fish. 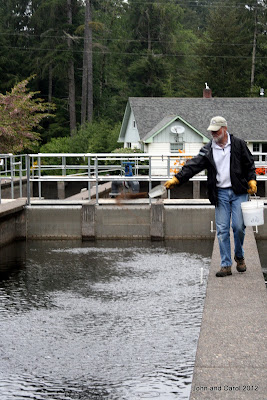 Then we were off to the eastern part of Oregon and White River Wildlife Area. We cleared brush from a long-unused irrigation ditch, changing this 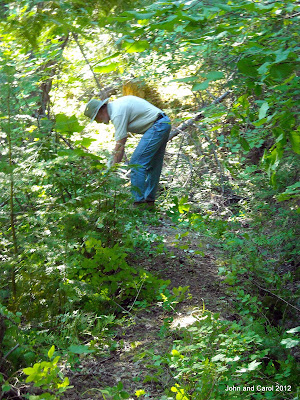 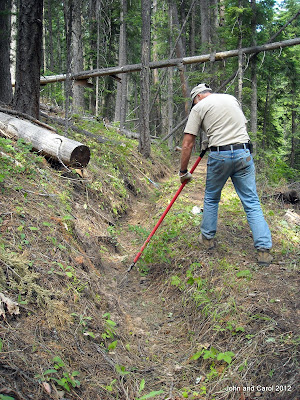 I learned how to use all sorts of equipment. 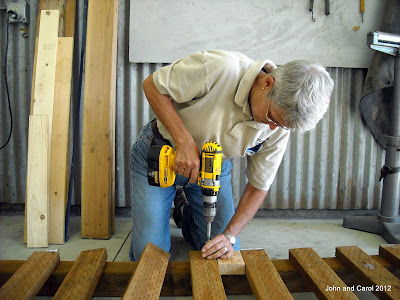 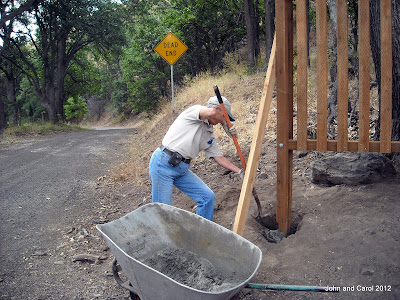 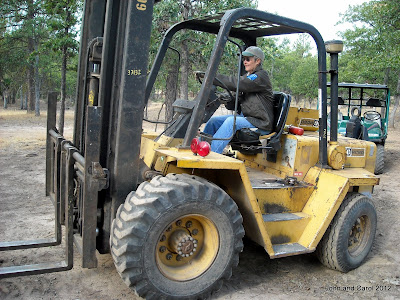 Oregon is another great state and we hope to spend more time there in the future. We have volunteered at Casa Grande Ruins National Monument three winters. The first year, we weren't prepared to lead tours so we helped with other tasks, like making award plaques. 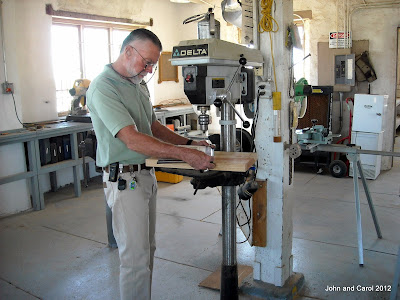 Neither of us had ever been interested in early Native Americans, but we became really fascinated with the Big House and the people of the Hohokum culture that lived there. We studied, learned, and loved giving the tours. 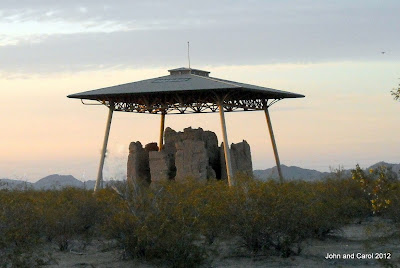 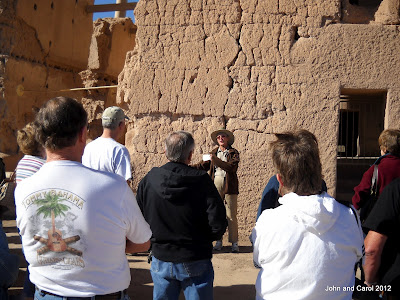 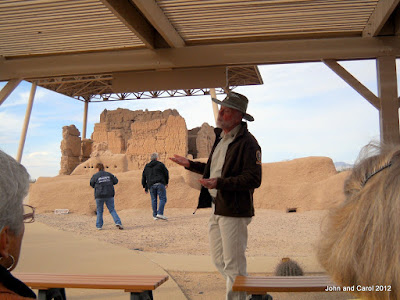 We have also spent three summers at Lathrop State Park in Colorado. My main job was to operate the camp store. 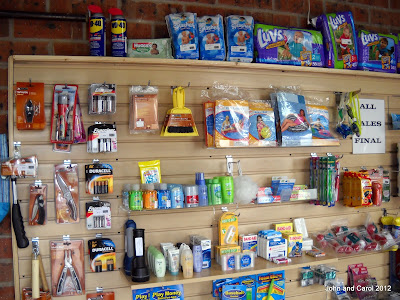 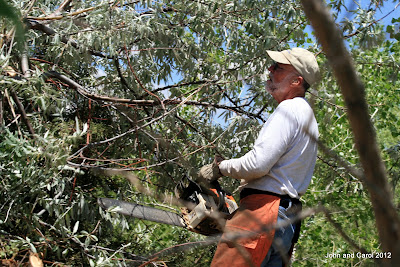 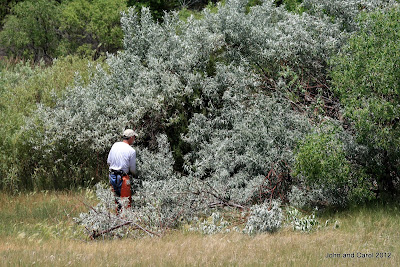 We had deer in our front yard, hiking, biking and trains nearby. One summer we volunteered at 7th Ranch RV Park in Montana. I worked on the front desk and John learned how to clean restrooms till they absolutely sparkled, mowed lawns, and worked on the sprinkler system. In Montana we learned about the battle of the Little Big Horn and the wheat harvest and Indians. This winter we are volunteering at Santa Ana National Wildlife Refuge in Texas.

We drive the tram 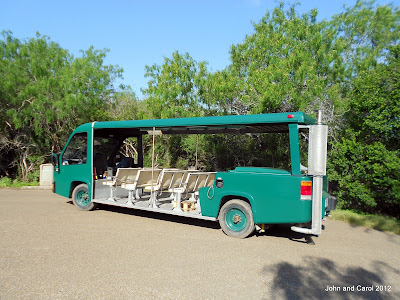 and give tours three days a week. 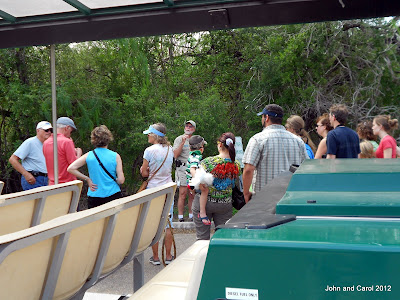 Here we have learned an incredible amount about the subtropical plants of the area and some early history. We are surrounded by nature and love all the birds here. This is our seventh year volunteering as RVers. They say it is important to keep your brain active to stave off Alzheimer's. This lifestyle certainly encourages us to do just that.
Posted by John and Carol at 8:02 PM