Honoring Family Who Have Died

We spent four days in Canon City which put us near where numerous family members have died, John's parents, his sister Kendal, our sister-in-law Diane, as well as my grandfather who is buried in Victor, a town just under 30 miles away from Canon City--if you take a really washboard, curving road through Phantom Canyon. (More about the drive and Victor in another post.)

My grandfather's grave is located in the Sunnyside Cemetery outside Victor, in the Elks Rest section. 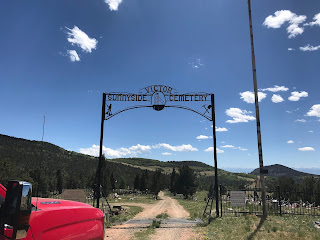 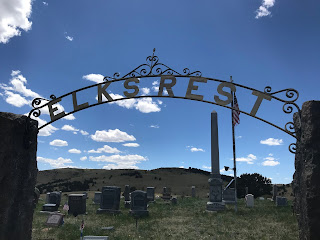 The mountain cemetery has no perpetual care.  /weeds and grass grow where they will.  I am the oldest living relative and only relative living anywhere nearby and we hadn't been to the grave for 5 years.  The whole grave looked like the ground you see here around the headstone. 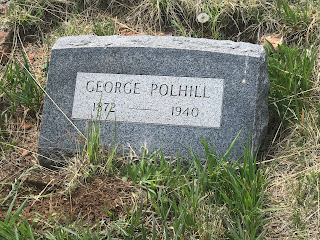 Friday John and I and our brother-in-law John Abbott drove to the cemetery and the two men used a shovel and a rake to clean the grave. Before leaving John's house we had picked peony flowers and I put some on the newly-cleaned grave. 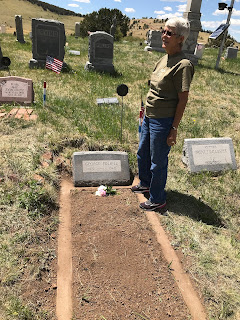 The next day we met John's brother Tim and his daughter Megan at Mountain Vale Cemetery where Tim and John's parents, Tim's wife Diane and John Abbott's sister-in-law are entombed and his parents are buried. Megan helped with some of the work decorating with more peonies. 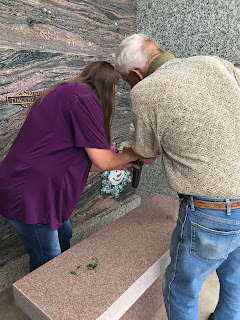 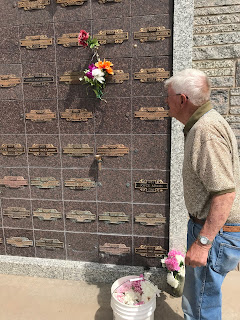 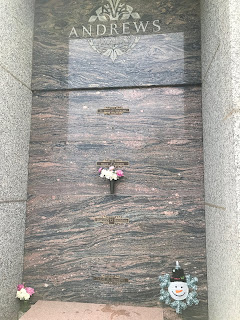 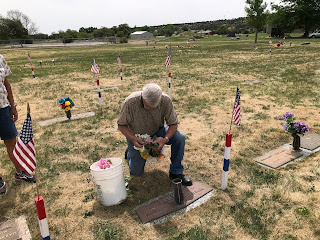 Next we were off to nearby Lakeside Cemetery where John Abbott's aunt and uncle are buried. 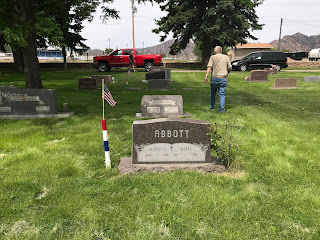 Our last stop was at Christ Episcopal Church in Canon City where John's sister Kendal's cremains were placed in the columbarium in January. 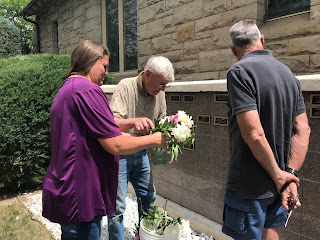 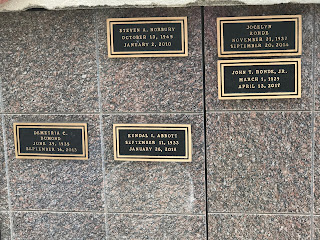