What a time we had visiting our son Eric and his family in Littleton. Two diplomas, two honors and awards ceremonies, a band concert, and great food. First we listened to the end-of-the-year band concert at Goddard Middle School where Eric teaches and grandson John is a drummer in the 7th grade band. It was the first time we heard John perform. 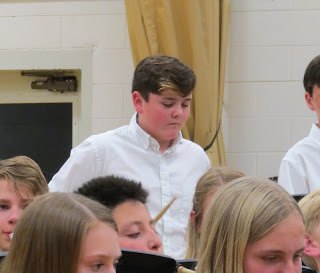 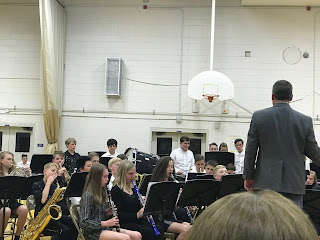 Two days later, Eric received a master's degree in education, emphasizing administration, from Argosy University. It is his second master's degree. Granddaughter Kylie wasn't able to attend Eric's graduation because it was her last day in high school. 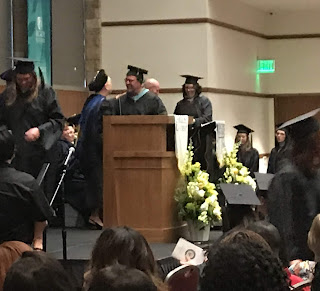 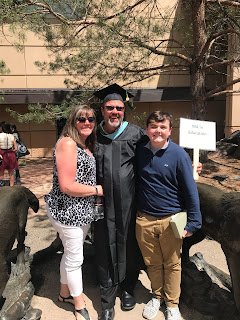 The same evening we celebrated Kylie's last day at Heritage High School and Eric's graduation with Champaign and a great cooking and a fruit pizza. 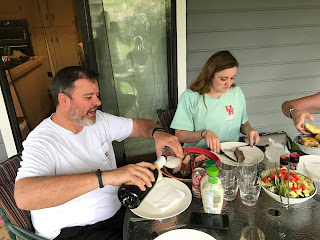 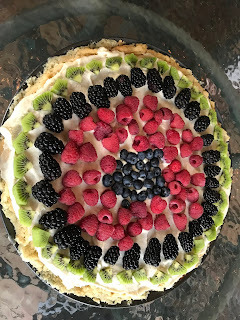 But wait, there were more events to come. On Monday Kylie was honored as the outstanding female athlete at Heritage for 2017-18. Here she is listening to her coach tell why she was the recipient of this award. 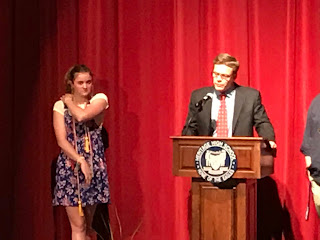 She was also given the chords to be worn at graduation indicating she was graduating with honors.

The next morning we arrived at Goddard before 8 am for the awards ceremony where John was named as a member of the National Junior Honor Society. He received an award for good citizenship because he is one of two students who raise the flag in front of the school each day. He was also one of 10 boys and (I think) 10 girls nominated for Viking of the Year at Goddard. These candidates are nominated by the faculty, interviewed, and assigned to write an essay which was evaluated by faculty and staff. He was not the Viking of the year but what an honor to be nominated. 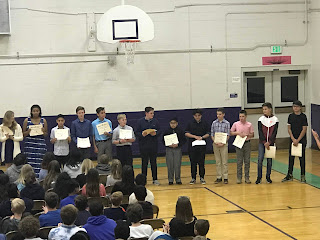 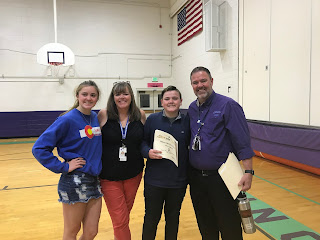 Wednesday was Kylie's high school graduation. She is the first girl in a red gown in this photo. She is waiting to walk across the state to receive her diploma. 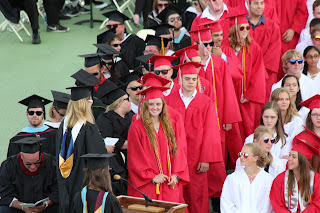 The mascot for Heritage is the eagle and as we sang the Star Spangled Banner to begin the ceremony, this magnificent American bald eagle spred his wings. 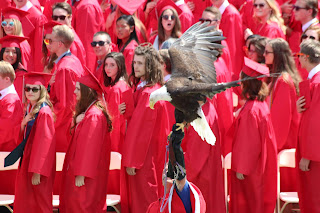 As the graduating seniors left the field at the end of graduation ceremonies, the faculty and staff, including district administrators, formed an honor guard for the recessing graduates. Quite impressive. 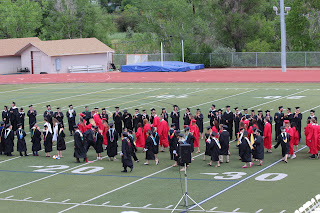 We left Littleton as very proud parents and grandparents!