We came to Creede to take part in the Woodcarvers Rendezvous. John is a carver and he enrolled in two classes. I am not a carver, but I did enroll in a wood burning class. Before the classes began on Saturday, we helped set up the vendor area and some of the classroom areas. The gathering is held in the Creede Fire Department which is located in old mine tunnels in the mountain at the north end of town.

This is the vendor area. 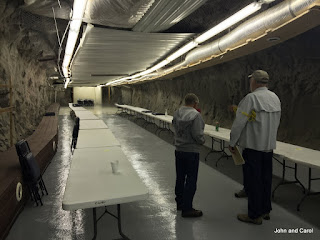 These are some of the classroom areas. 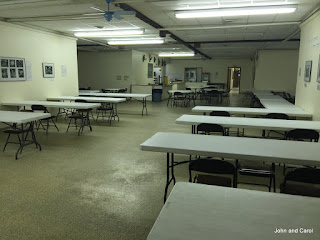 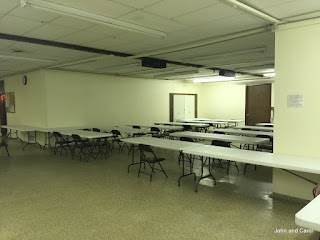 The tables were brought in on this pickup truck. Since this is the area where they keep the fire trucks, there was plenty of room. 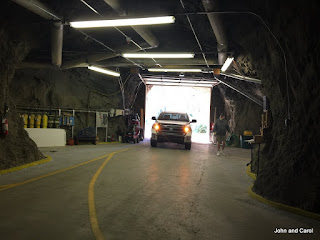 My wood burning class met on Sunday in the Fire Department Annex, a metal building across the road from the fire department. It was pretty cold in there until it warmed up later in the day. 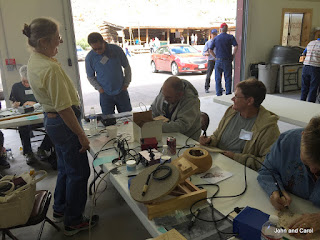 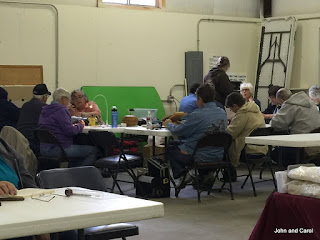 I am not good at drawing and I don't intend to do a lot of wood burning, but I think it might come in handy at times to add some decoration to the bowls I turn.

John attended a relief carving class on Saturday morning and Wednesday and today. The boards that carvers use in class are designed by the instructor, John Engler. There were samples to show what was possible. They are absolutely beautiful. 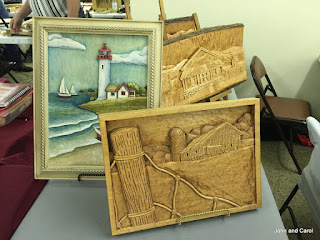 Here is John, working on his carving. 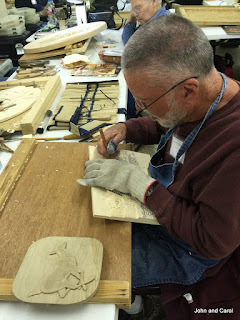 He also took a chip carving class, a type of carving he had not tried before. It met on Sunday in the same building where I was learning pyrography. 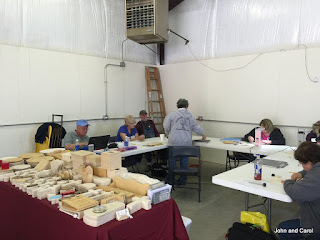 You can get a little better idea of what chip carving looks like from this photo of the work being done by one of the women in the class. 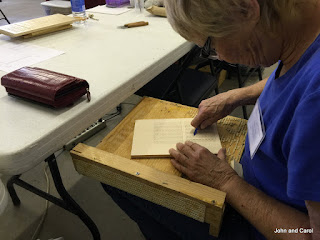